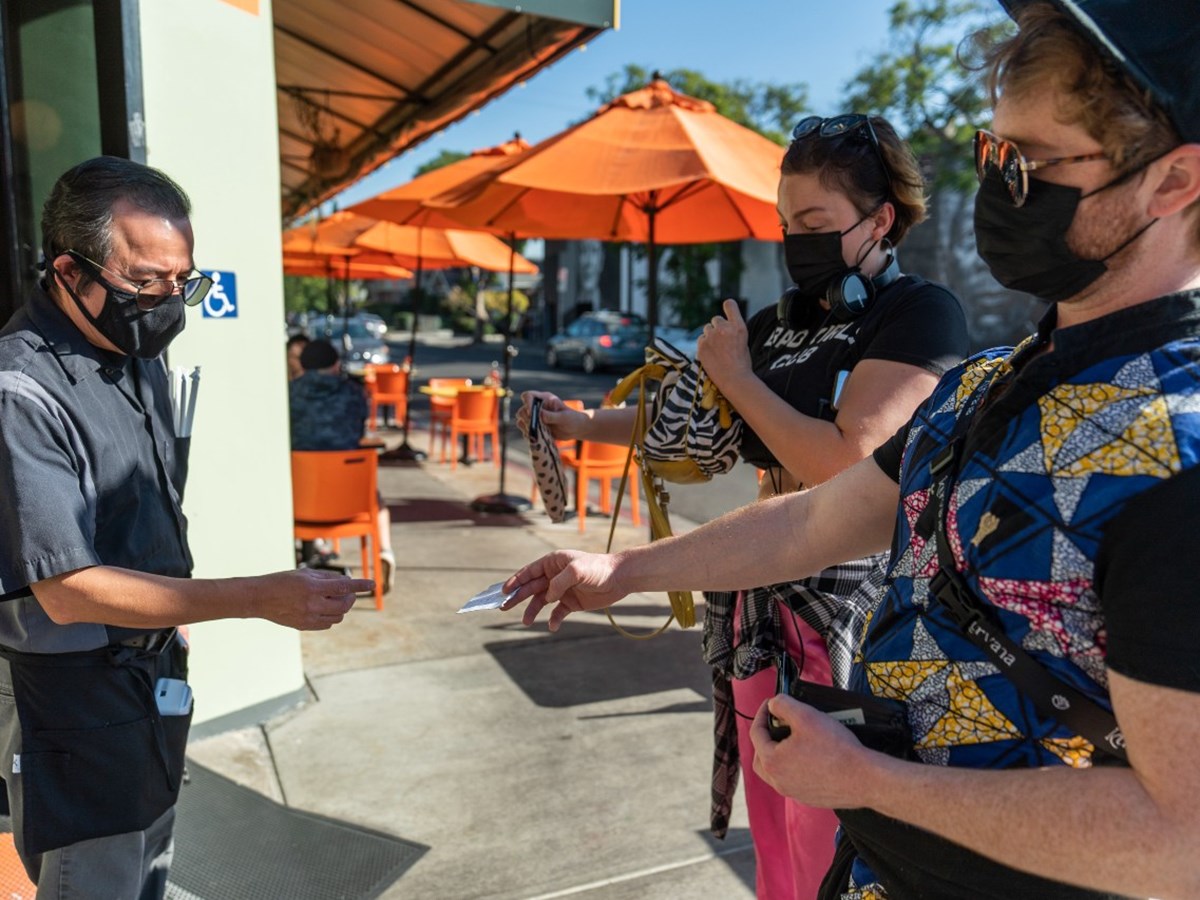 Over the Thanksgiving holiday weekend, many learned about a new COVID-19 variant called omicron.

As countries all over the world scrambled to try to contain its spread by restricting air travel, infectious disease experts urged people not to panic. At the same time, many cautioned that omicron is likely already in the U.S.

On why he believes the omicron variant may already be in the U.S.

If it's truly more contagious than delta, I'm pretty confident that it's here already and we just haven't detected it yet. It was similar with delta, that originally we were worried about it from India, and we thought travel was the main risk factor. But there's so much travel these days. We're so interconnected with the rest of the world that one case anywhere results in risk everywhere. And so I bet it's in the U.S., I bet it's already in California. And if it's truly more contagious, then it's going to end up being the dominant strain, more dominant than delta.

On what researchers will be looking for as they conduct tests

The first thing is to detect the presence and then to monitor how that changes over time and one area of South Africa. What they found was that this omicron variant was increasing in proportion and an exponential manner. So twice as many of the variants were being detected every single day. And so this suggests that it's more contagious and would overtake the delta variant. So that's the first thing.

The second thing we need, and we'll probably get this in the next few days, is how much different is it from previous variants in terms of protection from previous infection or vaccination? And those kinds of studies can be done by looking at neutralizing antibodies and seeing if the neutralizing antibody titer is much different for people who've been previously infected or vaccinated for this strain compared to other strains.

On any concerns about vaccine efficacy with this new variant

I think if you look at the mutations, it suggests that the vaccines will be less effective against this variant compared to previous strains and less effective. We can go back to delta. The vaccines were effective about 95% of times against the original strain, alpha. And then when delta came along, it was different enough that the protection dropped to about 85%. So that's still excellent, and we may see a similar drop with omicron. So instead of being 85% absolutely effective against infection, it might be 75% effective. So still good effectiveness. And what's more important than protection against any infection is protection against severe infection and hospitalization.

Remember, that's the whole goal of vaccination. We don't we don't want anybody to be sick, really,but if people have a mild illness that's an outpatient illness, if they have fever, cough, if they miss a few days of work or school but are otherwise OK, we'll accept that. But we don't want people dying from this. We don't want hospitals, emergency rooms, intensive care units overwhelmed with patients. We can't. We can't have that.