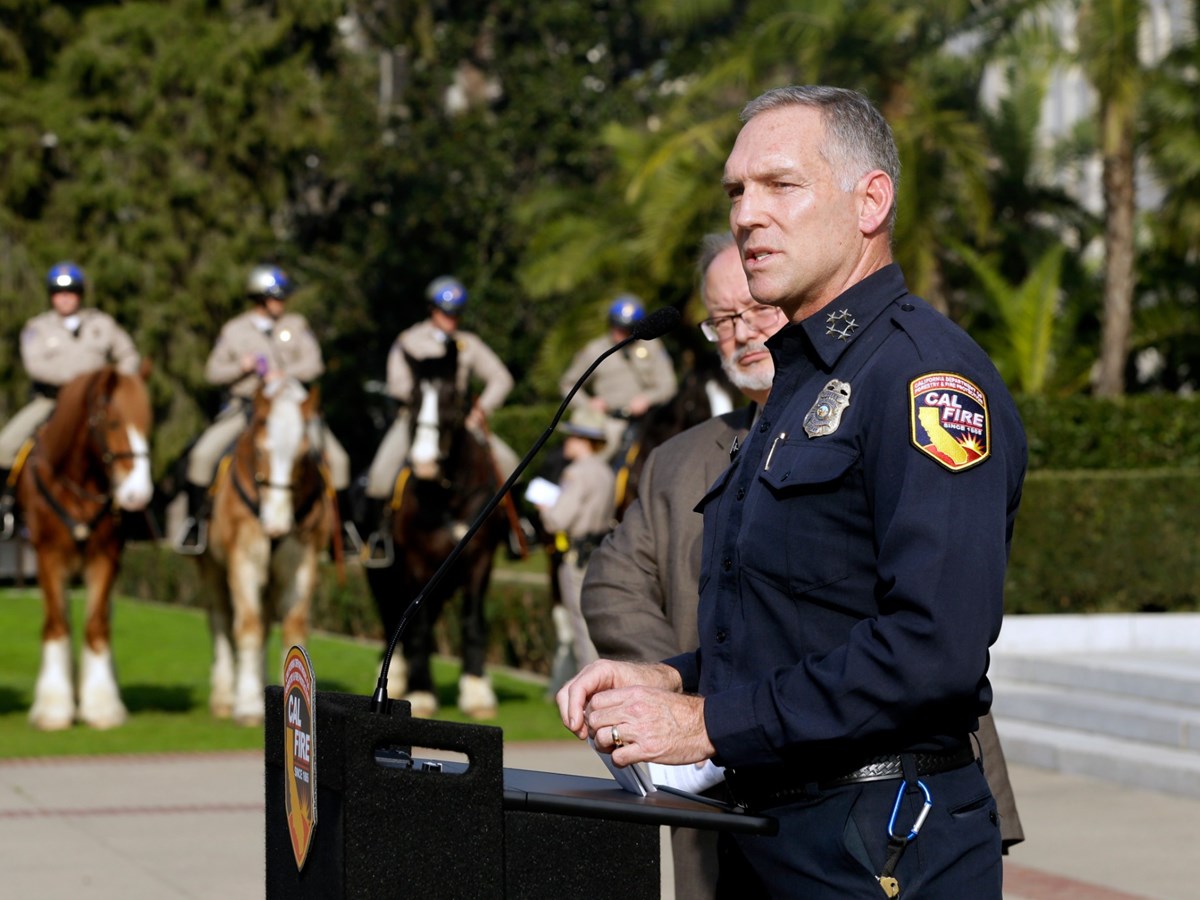 A bipartisan group of lawmakers called for the hearing after an investigation from CapRadio and NPR’s California Newsroom revealed the Newsom administration had nixed a planned $500 million increase in wildfire prevention funding and overstated — by 690% — the number of acres treated through his “priority” wildfire prevention projects. 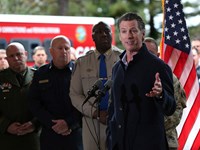 Democratic lawmakers said they are putting off their oversight efforts until after the wildfire season, in the fall or winter. In an emailed statement, Assemblyman Richard Bloom — who chairs the budget subcommittee that was to conduct the hearing — said he did not anticipate “the number and severity of wildfires that CalFire would be battling” now. The change also puts the hearing after the Sept. 14 election on whether to recall Newsom.

The decision to put off the oversight hearing comes as internal emails obtained through a public records request show Newsom’s handpicked Cal Fire director Thom Porter ordered the removal of a key document from the department’s website on the same day that CapRadio and NPR’s California Newsroom published its investigation. The document — a “fact sheet” describing Newsom’s priority projects — stated the fire prevention effort would complete work on 90,000 acres of forestland. In reality, Cal Fire completed less than 12,000 acres.

In an email with a link to the fact sheet, a top Cal Fire official, Matthew Reischman, posed a simple question to his superiors: “Chiefs, shall we take down?”

Newsom, however, emphasized last year that the projects treated 90,000 acres and has continued to boast about them through this year.

In another email obtained by CapRadio and NPR’s California Newsroom, Reischman suggested Cal Fire should remove “probably any others similar as well,” meaning those that made the 90,000 acre claim.

Transparency advocate Aaron Mackey, a senior staff attorney at the Electronic Frontier Foundation, said he was troubled by the document’s removal and said the action underscored the need for the state Legislature to exercise its oversight function.

“Delaying this hearing [shows] that transparency and accountability to the general public is sometimes seen as an afterthought,” he said. Those values, he added, should be viewed as “core to the agency's mission,” along with wildfire prevention and suppression.

Bloom said he delayed the hearing in part because he wants the “full attention of CalFire leadership” when the Assembly holds its oversight hearing.

“I made the decision to postpone the hearing because Californians do not benefit from pulling CalFire leadership away from their critical mission of protecting lives and homes so that they can present at a government hearing,” he said.

Newsom and Porter declined an interview request. The governor’s office referred the request to Lisa Lien-Mager, spokesperson for the state Natural Resources Agency — which oversees Cal Fire. She said in a written statement that the administration has been “very transparent” about Newsom’s 35 priority projects; however, she acknowledged that the department “briefly took down the two-year-old fact sheet but reposted it a short time later with no changes.”

Lien-Mager also defended Newsom’s wildfire prevention efforts, saying the work completed on the priority projects was part of the governor’s “multi-pronged effort to combat a multi-generational problem,” she wrote. The governor, she said, would continue to work with other stakeholders “to build wildfire resilience in the face of a rapidly changing climate.”

In July, following our investigation, Newsom and lawmakers agreed to restore $500 million for wildfire prevention that had been removed from the state budget. The addition brought the total to nearly $1 billion. 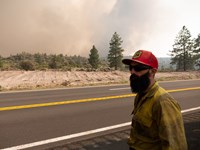 Assemblyman Phil Ting, chair of the full budget committee, declined to comment for this story. Last year, he advocated for greater oversight of the Newsom administration’s COVID-19 spending and response, calling on the governor “to stop spending money in an ad hoc way” without a clear plan. Of late, however, he has backed off.

In the last week and a half alone, his committee has postponed at least three oversight hearings, including one examining the beleaguered Employment Development Department, the agency responsible for the state’s fraud-ridden unemployment insurance system.

Republican lawmakers decried the hearing’s cancellation and said the rapid spread of wildfires across California made it more necessary than ever.

“Why would the Newsom Administration or the Governor himself not want to participate in an open and public discussion on the current status of wildfire prevention operations?” Assemblyman Vince Fong, the Vice Chairman of the Budget Committee, said in a press release. ”The public demands answers to countless questions.”

In a subsequent text sent to CapRadio and NPR’s California Newsroom, Fong called Cal Fire’s removal of the fact sheet “extremely troubling” and lamented that the Legislature’s oversight function has “completely stalled.” 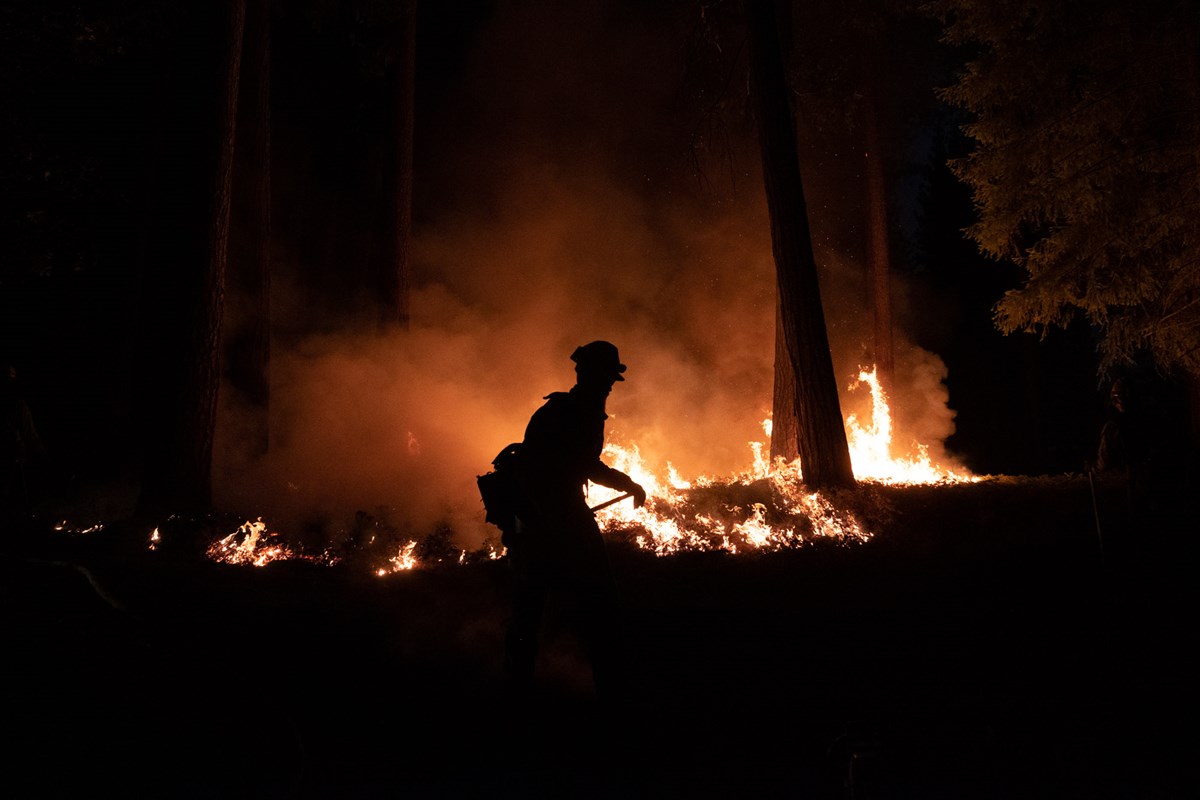 Porter’s direction to remove the document came just as the first major fires of the season sparked. Over 1.5 million acres have burned in the Golden State so far this year, putting it on track to be perhaps the worst fire seasons on record. On the heels of last year’s fire season — which burned a historic 4.3 million acres — fire scientists and state lawmakers have amplified calls for the state and federal government to ramp up their fire mitigation work through forest thinning and prescribed burns.

Experts say accurately reporting vegetation management goals and accomplishments — like the ones laid out in the removed fact sheet — is key to making progress towards California’s massive backlog of overgrown forests.

“It's important to know, otherwise you'll get inaccurate data, which leads to inaccurate predictions on vulnerability,” said John Battles, a professor of forest ecology at UC Berkeley. “So it's pretty crucial.”

Battles noted that, in the course of his research, Cal Fire has been transparent with him about its vegetation management data — including any shortcomings in its system.

“Soooo…your (sic) probably tired of this issue,” Berlant wrote to Reischman in an email, obtained through a public records act request. “But we should probably remove this document from our website. Right on Page 3 we state that we will be treating 90k acres.”

The email included a link to the fact sheet. Reischman then forwarded the email to Porter and inquired whether the document should be taken down.

The fact sheet, which had been online since March 2019, gave a summary overview of the 35 priority fire prevention projects Newsom ordered Cal Fire to complete. The projects have been a pillar of Newsom’s wildfire mitigation strategy, and included forest thinning, fuel breaks and prescribed burns to protect some of California’s most vulnerable communities. It was one of several documents CapRadio and NPR’s California Newsroom relied on in its investigation, including others from the governor’s office.

After Porter ordered the document taken down, Reischman quickly passed along the directive to Berlant. He suggested scrubbing other traces of the document.

“Yes we should remove, can you ask comms, or who should I ask? Probably any others similar as well,” he wrote.

Berlant got right back to him.

“Happy to help…I hadn’t seen the document till today after it was brought to my attention,” he wrote. “I’ll ask them to take it down. Ugh!”

On Twitter, a CapRadio reporter pointed out that the document  — the same one linked to in the investigative report — had disappeared from Cal Fire’s website.

Rather than let the link go dead, CapRadio and NPR’s California Newsroom reposted a downloaded version of the document onto the internet. The tweet caught the attention of Republican lawmakers.

“Looks like @GavinNewsom is trying to cover his [tracks],” tweeted Assemblyman Devon Mathis.

Looks like @GavinNewsom is trying to cover his 👣s #RecallGavinNewsom This is called blatantly knowingly lying to the public. https://t.co/SjLw0Mq77v

“Even more reason to have an oversight hearing,” tweeted Assemblyman Vince Fong, who called for a hearing after the report’s publication.

Within hours of the social media criticisms, Cal Fire scrambled to put it back up online.

Berlant sent an email to Lynne Tolmachoff, public information officer with Cal Fire, and attached a PDF of the fact sheet.

“Make sure it's uploaded with the same web link as before please,” he wrote.

The document is again on Cal Fire’s website. But the original link in the investigative story remains dead.

Mackey, with the Electronic Frontier Foundation, says putting the document back online does not redeem quietly pulling it in the first place.

“Rather than leaving that information up, providing additional information or context to clarify it, there was a decision made to remove it,” he said. “They're basically removing evidence created in the public record that they failed to live up to their promises.”

Lawmakers have not set a new date for the oversight hearing.