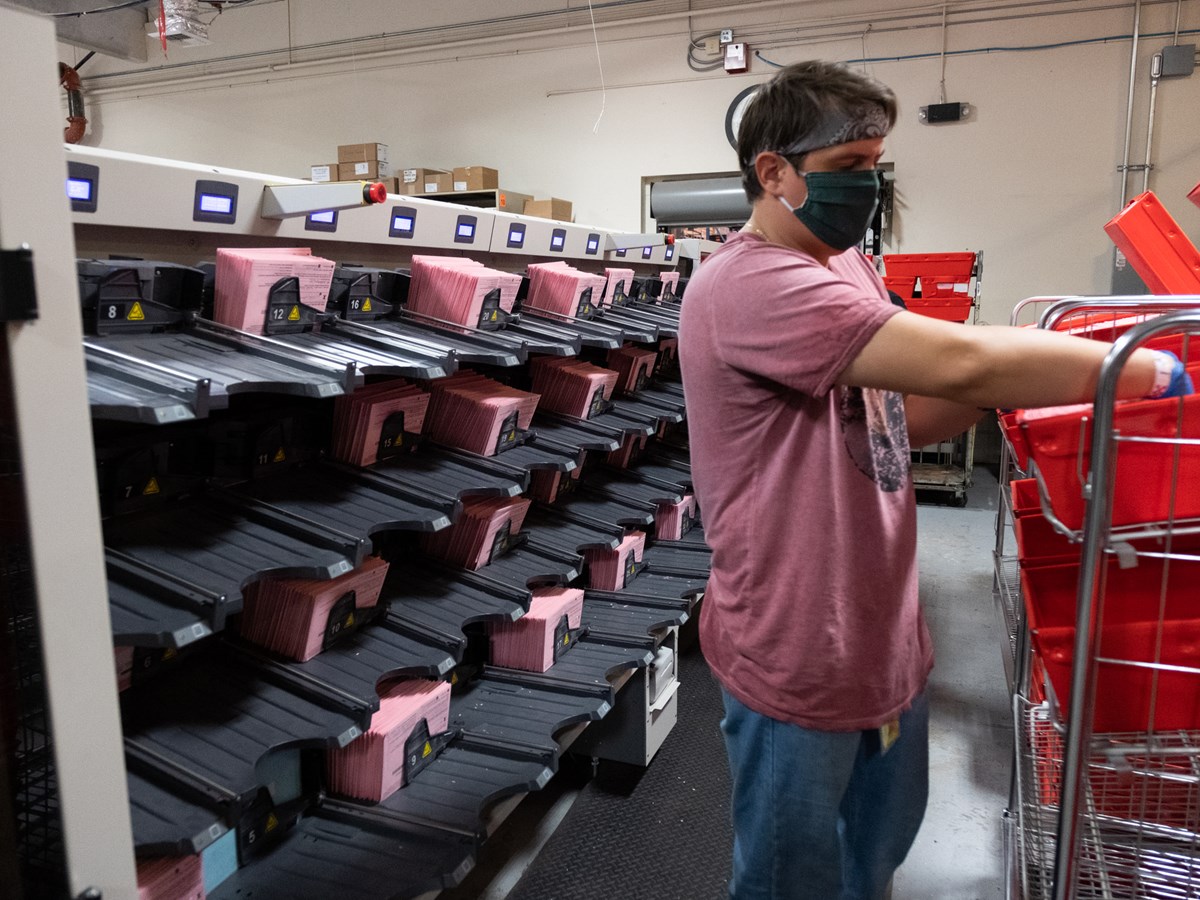 Results are in for California’s 12 state ballot measures. With a final call for Prop. 14 on Nov. 12, the Associated Press has now called each race.

California voters have approved Prop. 14, which authorizes California to issue $5.5 billion in state general obligation bonds to continue funding stem cell and other medical research. The measure was approved with 51% of the vote.

Voters have defeated Prop. 15, a potential change to the state’s landmark property tax law. No on 15 has 52% of the vote and Yes on 15 has 48%. The measure would have raised money for schools and local governments by raising property taxes on commercial and industrial real estate. It would have changed aspects of Prop. 13, passed in 1978.

Voters have defeated Prop. 16, according to the Associated Press, keeping California's ban on affirmative action in place. The No on Prop 16 campaign was at 56% with the Yes on 16 campaign at 44%. If passed, the initiative would have ended California’s ban on affirmative action. It would have allowed schools and public agencies to take race, ethnicity and sex into account when making admission, hiring or contracting decisions.

California voters have approved Prop. 17, according to the Associated Press. The Yes on 17 campaign was at 59% while the No side was at 41%. This constitutional amendment would allow people on parole for felony convictions to vote after their state or federal prison term ends.

California voters have defeated Prop. 18. The No on 18 was at 55% and Yes on 18 was at 45%. This constitutional amendment would expand voting rights for certain 17-year-olds in California. Citizens who are 17, residents of the state and will be at least 18 years old at the time of the next general election, would be allowed to vote in any primary or special election that occurs before the next general election.

California voters have approved Prop. 19 with 51% in favor when the race was called. Prop 19 will allow homeowners who are over 55, disabled or victims of natural disasters to transfer part of their property tax base with them when they sell their home and purchase a new one.

Proposition 20 will be defeated, according to the Associated Press. The No on 20 campaign is at 62% and the Yes on 20 campaign is at 38%. This ballot measure would roll back changes to California’s sentencing laws, changing certain misdemeanor crimes to felony crimes. It would also make changes to the state’s parole system and require people convicted of certain misdemeanors to submit DNA collection to a state database.

California voters have once again defeated a rent control measure. Early results show No on 21 at 60% and Yes on 21 at 40%, and the Associated Press is calling the race. This measure is similar to one on the ballot in 2016 and would allow cities and counties to implement rent control for certain residential properties that are over 15 years old.

In the state’s most costly race, the Associated Press says that Prop. 22 will pass. The Yes on 22 campaign at 58% of the vote and No on 22 at 42%. This proposition would exempt some gig workers from being subject to Assembly Bill 5, a contentious new labor law that requires companies to label independent contractors as employees.

The Associated Press has declared that California voters will defeat Prop. 23. Preliminary results show the No on 23 at 64% and Yes on 23 at 36%. The measure would require dialysis clinics to have a licensed physician, nurse or physician assistant on site during kidney dialysis treatment.

Voters have approved an expansion to California's data privacy law. Early results show Yes on 24 at 56% and No on 24 at 44%, and the Associated Press has called the race. The proposition would allow Californians to block companies from sharing personal information and limit businesses’ use of “sensitive personal information.”

Voters defeated a measure that would have ended cash bail in California, according to the Associated Press. The No on 25 campaign is at 56% and Yes on 25 is at 44%. Proposition 25 would have replaced California’s cash bail system with a new pretrial release system based on public safety and flight risk.

Correction: A previous version of this story incorrectly identified the results of Prop. 15. It has been corrected.