How Soon Will California Election Results Be Released? Depends On Your County

Find live California election results here starting at 8 p.m. You can enter your address to see results just for the races you voted on. We will also be reporting estimates for the number of ballots left to count, to give a clearer picture of how complete results are.

There are a lot of unknowns this election year. One of them is: How quickly will county elections offices deliver vote tallies on election night, and in the days and weeks ahead?

It’s a valid question considering all active voters in California received vote-by-mail ballots because of the COVID-19 pandemic.

Sam Mahood, spokesperson for the California Secretary of State’s Office, wrote in an email that schedules vary by county, based on available staff and the volume of ballots received.

“Each of the 58 county elections offices processes ballots differently, and the distances poll workers must travel from polling places to county offices vary greatly,” noted a recent Secretary of State’s Office news release.

Mahood added that California law requires county election officials to send their first batch of results to the Secretary of State’s office no more than two hours after they begin tallying votes after polls close on Election Day.

The frequency by which elections offices will release polling results varies.

But in Sutter County, election results will be released just once Tuesday around 8:15 p.m., and there won’t be any additional updates until Thursday or Friday, said Sutter County Registrar of Voters Donna Johnson. She said the first results will include ballots that were mailed-in or put in drop boxes, as well as some early in-person votes.

Several other county election officials said their first results would show the same mix of ballots.

In El Dorado County, an elections staffer said results will be published several times on Election Night. But after that, she said there’s no set timeline.

Tuolumne County will release election results on this website by 8:15pm Nov. 3, and it will update the tally as results trickle in from four vote centers, said Debi Bautista, the county’s clerk and auditor-controller. 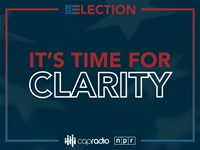 Amador County expects to release its first tally of votes by 8 p.m. tomorrow, with another dispatch around 9 p.m., according to Kim Grady, the county’s clerk. Mail-in ballots received as of Monday will be reported on Election Day, and in-person votes will be released in the second batch, county officials say.

After Nov. 3, Grady says they’ll “do as much as [they] can daily” to count remaining votes until certification.

Butte County expects to release results election night at 8:30 p.m. and every hour after that until all the votes are counted, says Keaton Denlay, the county’s elections manager. Their tabulation team, which is fewer than 10 people, will count that night until all votes are tallied.

Vote-by-mail ballots will be part of the 8:30 p.m. dispatch on election night. Votes left in the ballot boxes will have to be driven across the county to be counted, and will be included in the 9:30 p.m. dispatch.

The only votes that will be left to count after Election Day will be the conditional and mail-in ballots that trickled in after Nov. 3, Denlay said.

Butte County, which was ravaged by the Camp wildfire in 2018 and again this year with the North Complex Fire, is “knocking on the door” of a voter turnout record, Denlay said.

That’s because the county embraced the Voters Choice Act before this year’s primary, under which all registered voters in the county received mail-in ballots and voter centers were created to give residents more support, Denlay explained.

“It’s a modern way of conducting elections,” Denlay said. March’s primary was the highest voter turnout they’ve ever had for a primary, he added.

Denlay said because of the recent wildfires, they’ve had to do extra “homework” to make sure all the voter information is current. The county election team updated 64,000 voter registrations in the first six months after Camp Fire in 2018.

Denlay said ballots are coming in from all over the world from people in the military and others who were displaced by fire, he said.