Members of the California National Guard have begun helping out at the Sacramento Food Bank and Family Services.

Gov. Gavin Newsom announced the deployment of the troops on Friday in response to the COVID-19 outbreak.

First Lieutenant Jason Saldana is the officer in charge of the operation, which began over the weekend.

Troops have been helping with "forklift operation, inventory, transforming of products, and really got to work helping them with packaging," Saldana said.

Saldana says that these troops can work faster than the food bank's usual volunteer force.

"Within the first day they gave us half a day of work and we finished it in the first 15 minutes because the volunteer force they're typically used to, they're an older age bracket, they work at a nice leisurely rate, but these soldiers, young pups, they really hard charged it," he said. 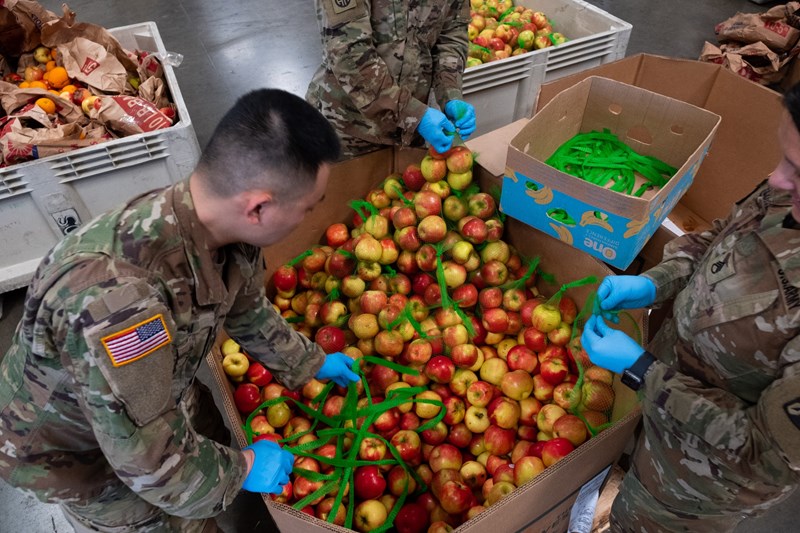 Food Bank President Blake Young welcomed the help. He says they've been hit by both a shortage of volunteers, many of whom are confined to their home, plus an increase in demand.

"Normally we feed about 150,000 people a month," he said. "We provide food to 220 agencies. Everybody in the community it seems like has interest in trying to feed more people. The need has exploded. I think an unintended consequence was we didn't know so many people were going to lose their jobs and so many seniors would be housebound."

He says food banks are considered an essential service. But even with the troops he says they still need additional volunteers since so many of their regulars are confined to their homes.

The food bank has lost about 70 percent of its volunteer force due to the pandemic and the order for seniors to stay at home, Young estimates. 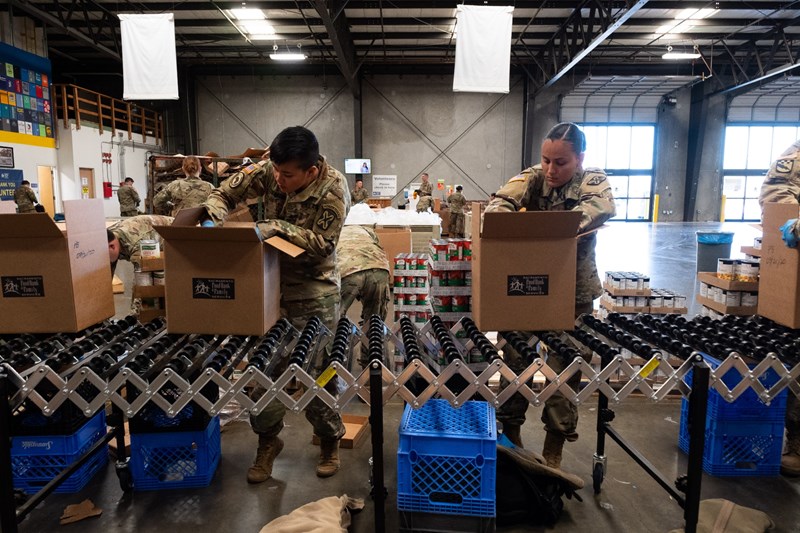