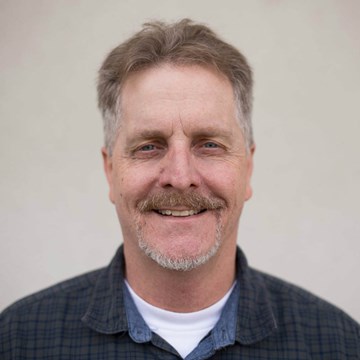 As Senior Producer of News, Drew works with reporters and anchors on the daily production and presentation of news stories on Capital Public Radio. He also works closely with the station's digital team on news coverage across various online platforms.
Prior to coming to Capital Public Radio, Drew was the morning editor at KGO Radio in San Francisco where he was in charge of news for the morning news block (5am-9am). Prior to KGO, Drew covered state government and politics while working at Capitol Television News Service (CTNS) in Sacramento. Before CTNS, he was News Director at KFBK Radio in Sacramento, overseeing a 15-person newsroom.
Drew has won numerous awards during his 30 years in the radio news business, as a news director, editor, producer and reporter. He believes being a good listener is the key to telling a compelling story.
Drew was born and raised in Sacramento and now lives in Woodland. He can't imagine a better place to raise his four kids than the Sacramento region. When not scouring sources for news, Drew enjoys getting on the nerves of his wife and kids and following his favorite sports teams (Niners, Giants, Kings and Sharks).
You can follow Drew on Twitter @drewsandsor. He also welcomes story compliments, complaints and tips.