For decades, Sacramento has had one major league sports team. But that changed on Monday, when Major League Soccer welcomed the Republic FC as its newest expansion franchise.

The announcement was finally revealed during a morning press conference with city officials and the team’s owners, billionaire investor Ron Burkle, and also Gov. Gavin Newsom at the Bank restaurant and bar in downtown Sacramento. 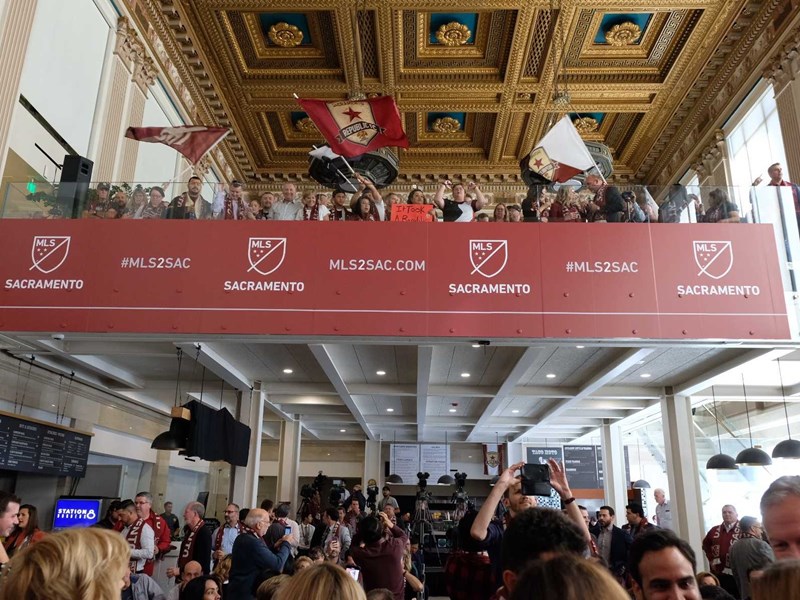 Fans crowd and cheer inside the Bank in downtown Sacramento as the Sacramento Republic FC is announced as the 29th Major League Soccer team.Andrew Nixon / Capital Public Radio

The Republic FC’s MLS bid has been a long and bumpy road, which Mayor Darrell Steinberg and the team’s owners mentioned in their remarks following the announcement.

Steinberg marked the soccer news as a “tipping point” for Sacramento

“Today’s victory is sweeter because it was anything but easy,” Steinberg said. “Let me proclaim the following: The ‘wouldn’t it be great if’ era in Sacramento is over. … We are a major league city in every way.” 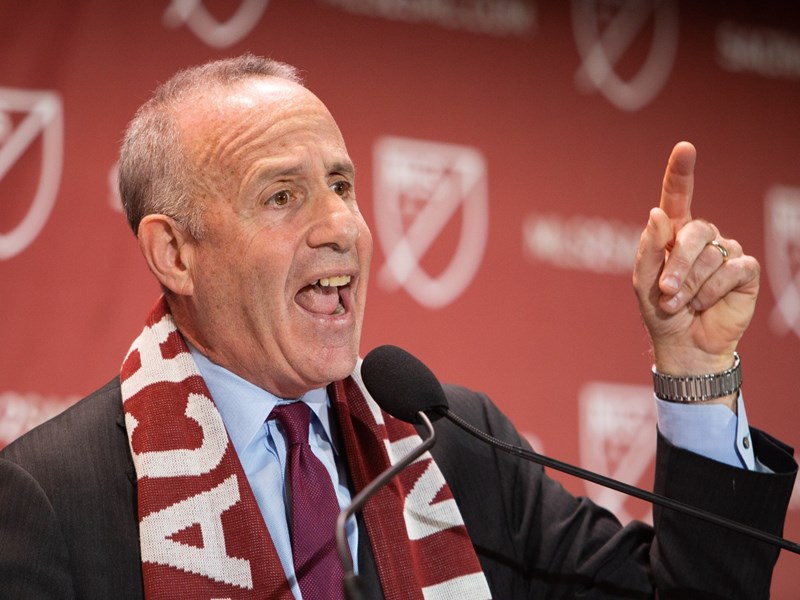 Mike Sofia, director of the Sacramento Sports Commission, said the plan for a new downtown stadium opens other possibilities for the city.

"For what I do, from a sports standpoint, in addition to soccer, to be able to add NCAA stadium business like NCAA soccer and lacrosse and all the different types of events, rugby, that we can pursue, it's a great day," Sofia said.

The day started with breakfast, mimosas and standing in line outside venue. Marcy and Richard Leach were first in line, celebrating "history."

The team has planned a block party on Capitol Mall at 4 p.m to celebrate the news.

Fan celebrations kicked off early this past weekend, as the faithful gathered to watch its team take on its competition from Salt Lake City at the downtown cantina and restaurant Chando’s.

“It’s been complete excitement,” he said of the announcement. “I’ve been following soccer my whole life, lived in Sacramento my whole life, it’s a really great accomplishment for the city to be able to get the MLS team.”

Tracy Dubay of Folsom says she’s endured the ups and downs, but was excited for Monday’s big news.

“We are overjoyed,” she said. “It took longer than we had hoped, but we are ecstatic that it’s finally coming, it’s finally happening.” 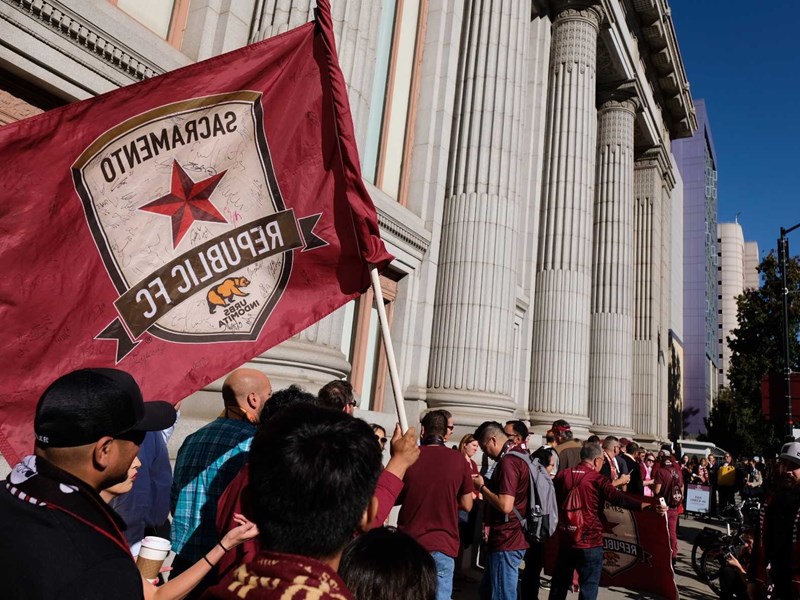 It’s been a long road for the Republic, which has aspired to join the top North American pro-soccer league since news of the franchise broke in 2012.

The Republic won the United Soccer League championship in its first season in 2014, but its immediate success on the field did not translate to an MLS invitation.

Sacramento was passed over by the league in 2017 and 2018, in favor of expansion teams in Nashville and Cincinnati.

But in January, billionaire Ron Burkle, who also owns the Pittsburgh Penguins hockey team, came on board as lead investor. And in April, City Council approved the new downtown stadium plan.

Also that month, MLS announced it would add two more expansion franchises, bringing the number of teams to 30, and it tapped St. Louis and finally Sacramento as likely additions.

Last week, after a summer of negotiations, reports emerged that Sacramento had finally sealed the deal.

The Republic is positioned to make its MLS debut in 2022 and plans to host matches at a soon-to-be-under-construction, $252 million stadium in the city’s downtown railyards.

Correction: A previous version of this story misstated the Republic FC's current affiliation. The USL is a professional league.