(AP) — Organizers of a pride parade in Sacramento have banned uniformed police officers from participating in this weekend's march and other festivities.

The Sacramento LGBT Community Center said it asked city officers not to participate in uniform to honor "the pain and marginalization of community members who have been harmed by police violence."

The center said in its statement posted on social media on Friday that police officers can partake in civilian clothes and pointed out that officers in uniform will be on duty at festivities Saturday and at the march Sunday.

Event organizers have been in discussions with police for some time and allowing officers to attend in plain clothes is a compromise, the center said.

"Rejection of the compromise fails to acknowledge the pain and historical abuses police institutions have inflicted on the most marginalized in our community," it said.

Sacramento police didn't participate in last year's events, which took place a few months after the fatal shooting of 22-year-old Stephon Clark in his grandparents' yard.

Clark's death prompted intense protests, with marchers shutting down a highway ramp and blocking fans from entering the downtown arena where the Sacramento Kings pro basketball team plays. It also drew the attention of civil rights activist the Rev. Al Sharpton and Ben Crump, who is known for representing the families of young black men killed by police.

In a statement, the police department said it was disappointed that the LGBT Center "does not want our officers attending upcoming public community events while in uniform."

"We support our LGBTQ officers who proudly serve our community on a daily basis," it added.

Openly gay Sacramento Police Officer Jeff Kuhlmann said becoming an officer has been a childhood dream and he has worked hard to dispel stereotypes.

"By having us in uniform it can show, that this is who we are, people can come up to us and talk to us," Kuhlmann told KOVR-TV . "But if we're in civilian clothes or polo shirts that's not who we are."

In Los Angeles, where pride festivities will also be held this weekend, the Los Angeles Police Department will have a contingent that will include Police Chief Michel Moore and Assistant Chief Beatrice Girmala, who is openly gay, said Estevan Montemayor, president of the non-profit Cristopher Street West, which organizes pride festivities.

Montemayor said pride weekend is about celebrating and coming together and showing images of unity and inclusion.

"Forty-nine years ago we couldn't get a permit from the LAPD for our parade," Montemayor said. "Today, they are marching side by side with us."

In San Francisco, where officers march in the parade handing out colorful stickers and beads to parade attendees, the police department issued a "pride patch" for its officers, which includes the city's logo surrounded by the colors of the rainbow. Officers are encouraged to wear them but they are not required.

The department also said a patrol SUV painted with a pride theme will drive the streets to "encourage positive conversations" between officers and the community.

The project "was developed to show support for San Francisco LGBTQ communities and highlight the inclusiveness of SFPD," the department said. 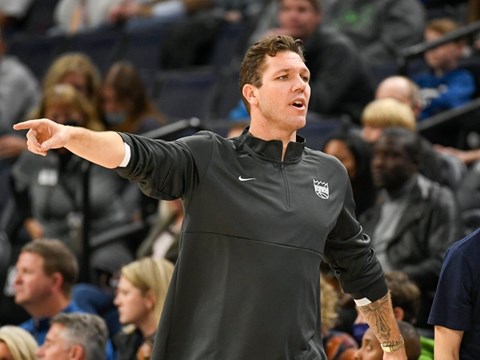