California voters this fall will decide on Proposition 10, a statewide ballot initiative that would allow cities and counties to greatly expand rent control.

Supporters argue the measure is needed to slow the state’s ever-increasing rents. But there’s strong debate about whether Prop. 10 is the right answer to the state’s affordable-housing crisis.

The measure would repeal the state’s Costa-Hawkins Rental Housing Act, which prevents cities from putting a cap on rents for apartments built since the law went into effect in 1995. And it exempts condos and single-family homes from any rent control.

“The housing costs are going up because of the corporate landlords and the big real estate [companies] in particular,” said Jovana Fajardo, director of the Sacramento chapter of the Alliance of Californians for Community Empowerment, which advocates for tenants and supports Prop. 10. “They’re the ones that are making the prices go up. They’re the ones that are deciding to raise up the tenants’ rents two, three times a year.”

Steve Maviglio, spokesman for the No on Prop. 10 campaign, said it would scare away developers, potentially shrinking the future supply of rentals.

“It would result in a housing freeze,” he said. “You can expect people to stop trying to build affordable housing because it doesn’t pencil out for them. It will force a lot of homeowners, single-family owners, who rent out their homes to stop doing that.”

Patrick Sablehaus, who leads the California Council for Affordable Housing, a rental housing development group, added that he is sympathetic to individuals “caught in this rising-rent phenomenon,” but that Prop. 10 is “simply going to make it worse.”

Dean Preston, executive director of Tenants Together, said those fears are overblown.

“It doesn’t change anything overnight,” he said. “It just allows cities to adopt rent control ordinances that make sense in their communities.”

Given the mountain of cash raised for and against Prop. 10, Californians can expect to see quite a few campaign ads over the next two months.

Apartment associations and real estate groups had contributed nearly $30 million to defeat the initiative as of late August.

Supporters, meanwhile, had raised more than $12 million dollars for it.

Voters will have their say on November 6. 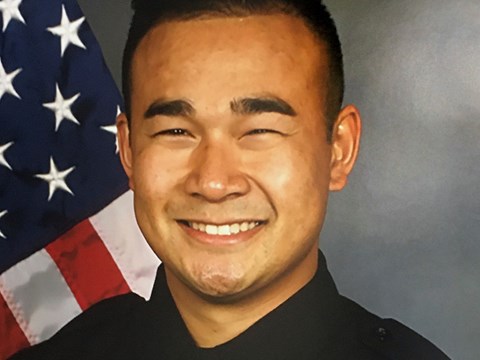