A poll of Sacramento area companies finds that more of them will be adding workers in the next few months. Rick Reed conducted the survey for the placement firm Pacific Staffing.

"Third-quarter hiring rose by one percent since the last quarter,” says Reed. Sixty-six percent or two-thirds of Sacramento regional employers surveyed, report they are planning to hire people in July, August and September."

Reed says six-out-of-ten companies report they will be hiring for attrition, or replacements, in their existing workforce. Reed also asked employers about sexual harassment prevention training in light of the #MeToo movement.

"Forty-eight percent of Sacramento employers polled say they offer sexual harassment training annually with most also outlining workplace rules on hire for all employees,” says Reed. “The required California standard for supervisory personnel is every two years. Nineteen percent of companies say they follow that standard in training their workforces."

Reed says over the next three months, there’ll be a big demand for drivers...

"...both route and delivery drivers. One issue being the ability for those people to pass drug screen, particularly now that marijuana is legal in the state of California - it's still a no-no if you want to drive a truck," says Reed.

He says ten percent of the companies surveyed cite seasonal demands for some hiring.

"One notable change has shown that 60 percent of the two-thirds of companies that are reporting hiring in July, August and September say they are hiring replacements in their existing workforce, and that number is higher than actual hiring for growth at this point."

He says half of the companies hiring in the third-quarter report that they are motivated by growth. 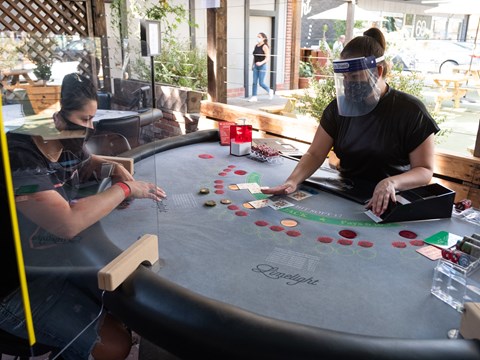