How To Cool Your Cow: Researchers Test New Methods To Protect Cows From Heat

During California heat waves, dairy farms use a lot water and energy to keep their cows cool. UC Davis researchers are trying out new techniques that use less resources.

Over in the UC Davis dairy barn, scientists try to find a cooling method that’s just as effective as spraying the cows with sprinklers and using fans.

Theresa Pistochini with the Western Cooling Efficiency Center says the traditional method uses 11,000 gallons of water per cow per year.

“It’s ridiculous. It’s a lot of water," Pistochini says. "So, the water use is massive and there’s a lot of concern with the amount of water being used in agriculture and how can we reduce it.”

Instead, her team tried placing a pad under the cows’ bedding that has chilled water running through it. They also designed a swamp cooler that blasts air over areas where the cows eat and lie down. 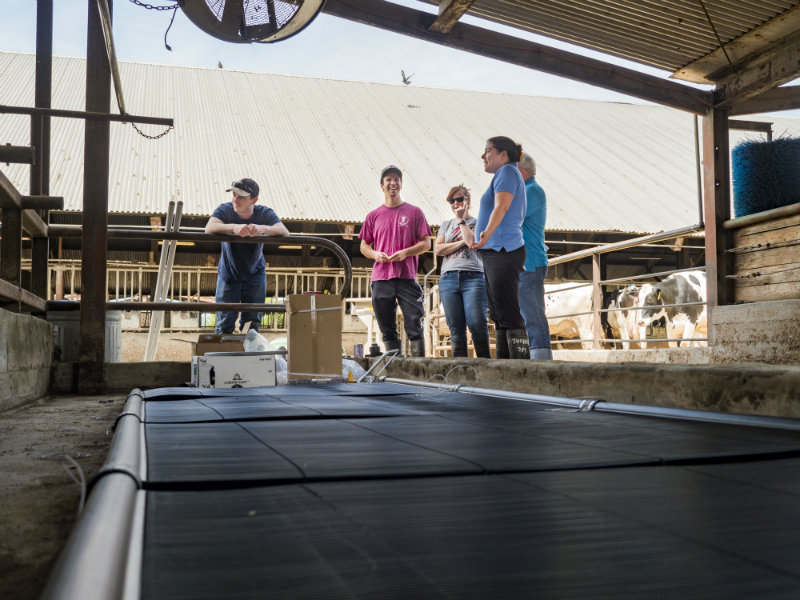 The group says these new methods reduce water by up to 86 percent and electricity up to 38 percent.

The data still need to be analyzed, but Pistochini says at first look, the new techiques appear to be working.