At Matsui Health Care Town Hall, A Lot Of Preaching To The Choir

With Congress on recess this week, voters who support or oppose President Trump have the chance to get some face time with their local representatives. Sacramento Democrat Doris Matsui held a town hall meeting on health care Monday.

The crowd at Sutter Middle School in East Sacramento was largely liberal, supportive – and white, which was noteworthy for a congressional district as diverse as Matsui’s. 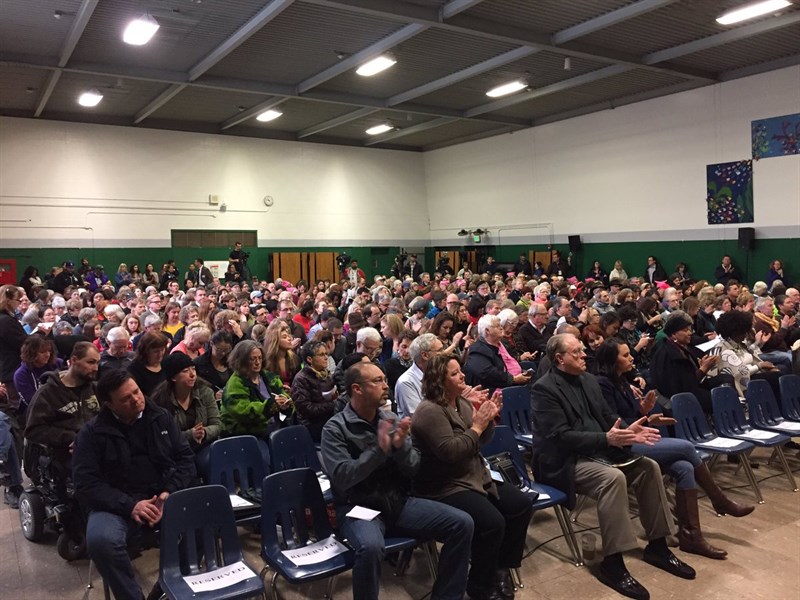 The audience cheered loudly at mentions of Planned Parenthood and health care coverage for immigrants living in the U.S. illegally.

“I understand where you are, and I know where I am," said Matsui. "I want to save health care now. And as far as I’m concerned, Single Payer is something I’d like to get to. And you have my pledge on that.”

At this town hall held in a liberal neighborhood on an issue that’s fired up the liberal base, Matsui did not receive any challenging questions or criticism. Perhaps that’s what led to this question:

“It’s hard to fathom that our concerns would be heard by people who are opposed to (the Affordable Care Act). So really, what should we be doing as citizens?”

Matsui agreed that Obamacare opponents probably aren’t tuning in to this town hall, then urged the crowd to make their opinions known beyond her dark blue congressional district.

“I think today, we have taken too much for granted,“ Matsui said, as several people in the crowd responded “Yeah!“

“We have thought that whatever happened the last 50 years is gonna keep going,“ Matsui went on. “It’s not, unless we speak up!“

Because in this room, at least, it seemed like there was a lot of preaching to the choir.