Sacramento parents David Burnam and Edna Mae Will with daughters Peggy and Patsy, circa 1938. Burnam wrote Babyland Suite for his daughters. This weekend, Peggy and Patsy will hear a live performance of the suite for the first time.

Courtesy of The Burnam Family

Two Sacramento sisters born in the 1930s will attend a concert this weekend that they've been waiting for nearly all their lives. It will be the first time the women have heard a live performance of a symphonic work their father composed for them.

The music was written more than 80 years ago by David Lincoln Burnam. Here's a solo piano recording of it.

Burnam lived in Sacramento's Curtis Park neighborhood and directed the Sacramento Symphony Orchestra in the 1930s. He wrote the work for his daughter Peggy and titled it "Babyland Suite."

"She was the first born and he wanted to do something in tribute to his new baby," says Peggy's sister Pat Galyean. 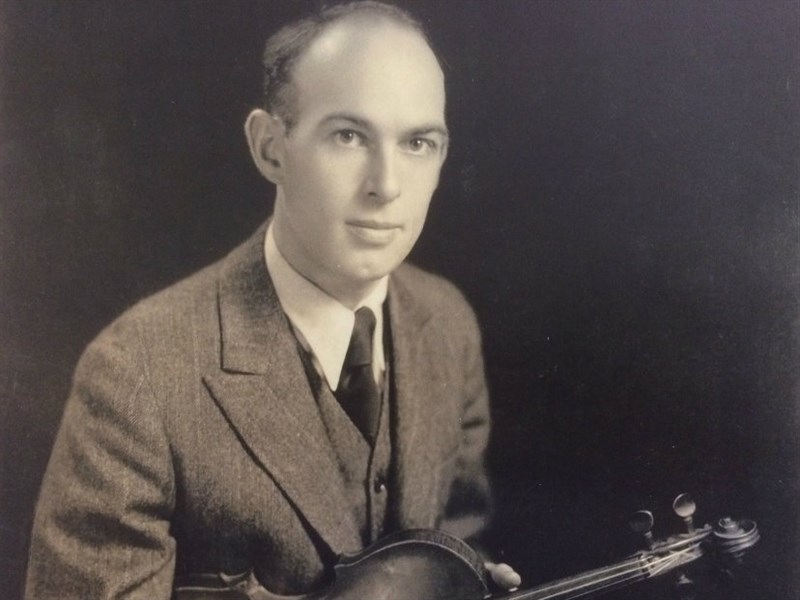 Sacramento musician/composer David Burnam circa 1940s. Burnam wrote "Babyland Suite" for his daughters Peggy and Patsy. This weekend, the two women will hear a live performance of the suite for the first time. Courtesy of The Burnam Family

Since both Peggy and Pat were very young when the suite was performed live, they have no memory of hearing it. But there are old newspaper clippings about those performances. And that caught the eye of Shane Kalbach. He's conductor with the Central Valley Youth Symphony in Stockton, which consists of musicians aged 8 to 22.

"In those newspaper clippings, I read that he had written a piece called Babyland Suite," Kalbach says. "It seemed particularly interesting to me because I had just had a baby."

He decided to contact Galyean and asked her for the score, which he's been rehearsing with symphony.

Kalbach says he's been trying to relay the significance of the performance to his young musicians.

"It's a father communicating with his daughters long after his passing," Kalbach says. "Telling them about it, as we've been rehearsing and saying that this piece was written for David Lincoln Burnam's daughter and she's going to be at the performance ... you don't really get to have that kind of experience very often. They really want to do a good job." 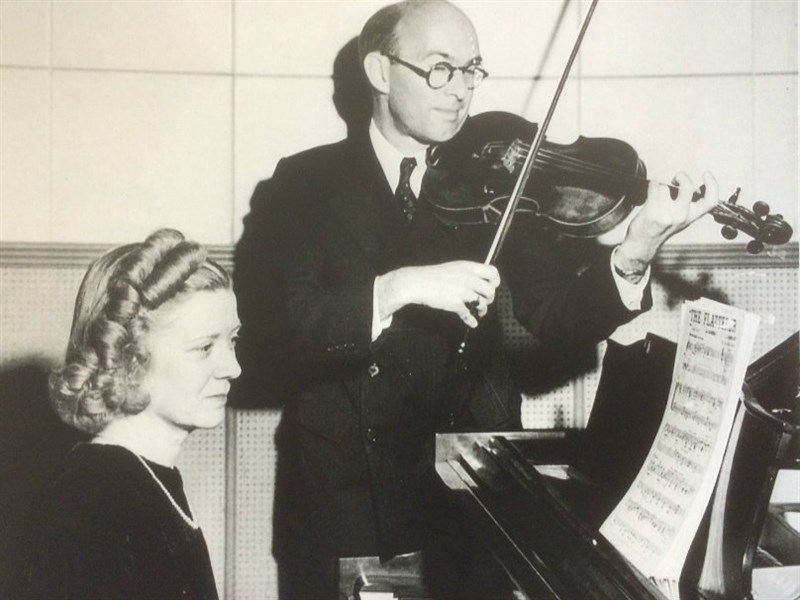 Sacramento parents David Burnam and Edna Mae Will, circa 1930s. Burnam wrote "Babyland Suite" for his daughters Peggy and Patsy. This weekend, the two women will hear a live performance of the suite for the first time. Courtesy of The Burnam Family

For Burnam's daughter Pat Galyean and her sister Peggy Lewis, it's all about feeling closer to their father.

"We aren't looking for perfection in the players or in his creation," Burnam says. "We're looking for just a reminiscence of dad. And so we're thrilled."

The performance will be Sunday afternoon at the Faye Spanos Concert Hall in Stockton.