Listen
/
Update RequiredTo play audio, update browser or Flash plugin.
Populations of the threatened Delta smelt have plummeted to the lowest in history.  The three-inch fish is often the focus of California’s water wars.

Every fall and spring, the California Department of Fish and Wildlife conducts trawls to determine populations of the threatened Delta Smelt. This year the department hasn’t netted more than seven fish in each trawl. 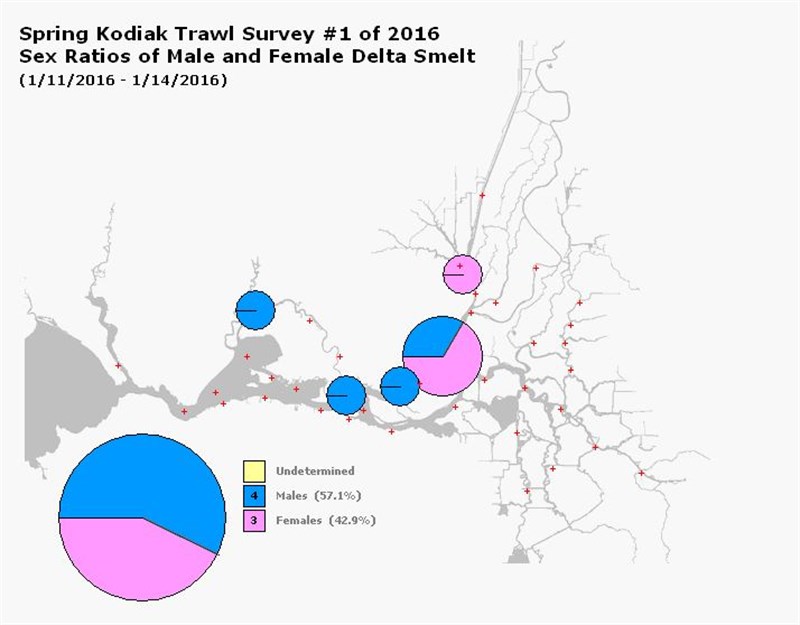 "Delta smelt have suffered significantly because of the drought and the extended period of low inflow and outflow from the Delta,” says Carl Wilcox with the California Department of Fish and Wildlife.

Biologists say the drought, combined with water exports, pollution, and competition from invasive species are pushing the fish toward extinction.

Wilcox says the fish are resilient and could rebound with enough water flowing into the Sacramento-San Joaquin Delta. 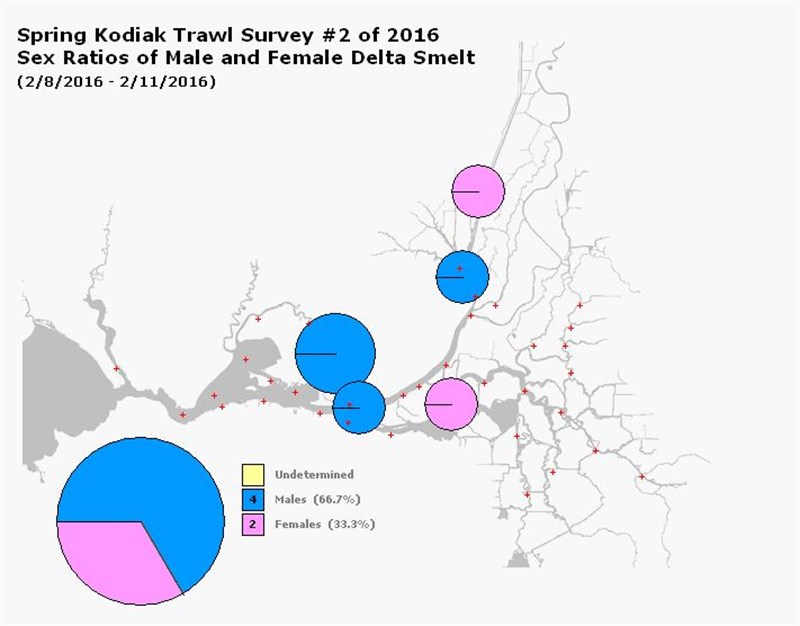 But other fish biologists aren't so hopeful.

“These numbers are unprecedented in how low they are. It seems very unlikely the smelt can recover," says Peter Moyle, a fish biologist with UC Davis. "I would like to be optimistic about this, but these numbers are really low and the fish are very scattered. They’re not even getting very many at the pumping plant.”

Federal agencies can restrict water exports from the Delta to Southern California in order to protect the Delta smelt. The fish only has a one-year life span. 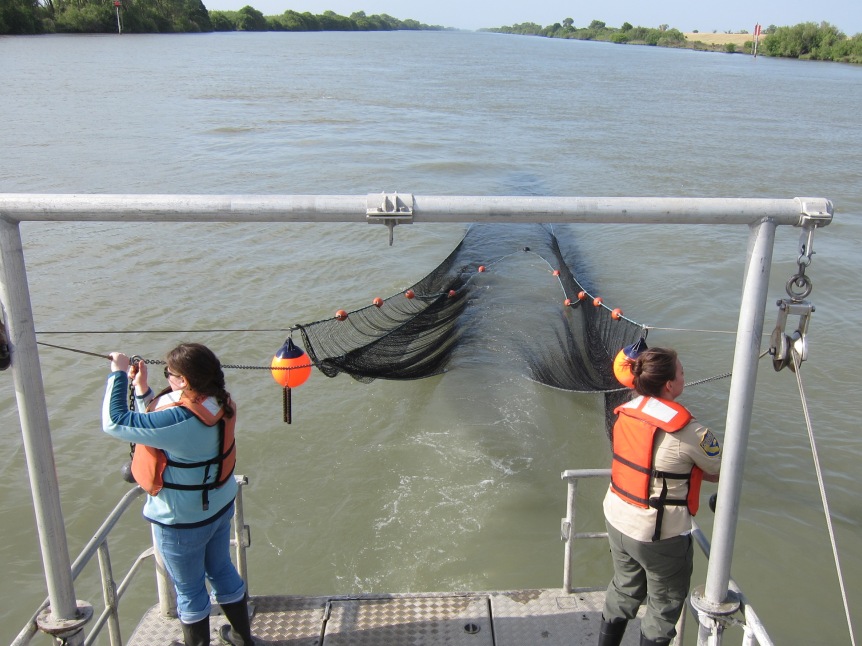 Staff with the California Department of Fish and Wildlife trawl for Delta smelt in the Sacramento-San Joaquin Delta in 2015.