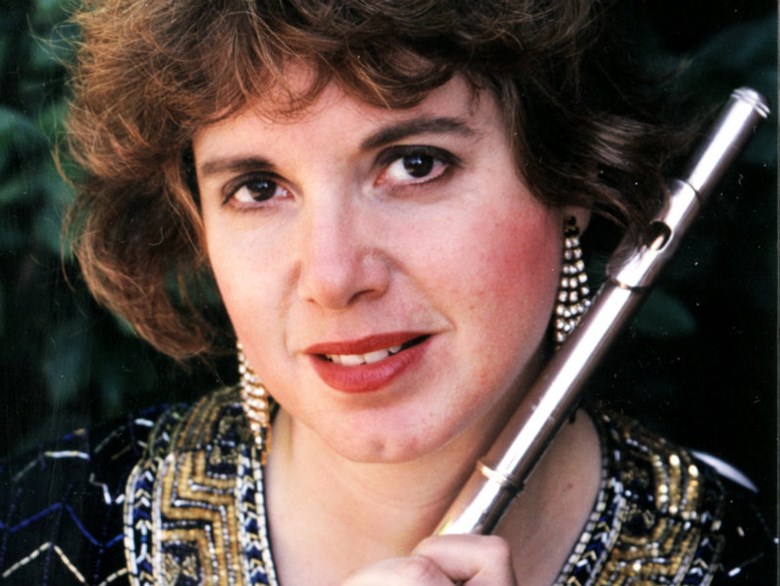 Flutist Laurel Zucker has an impressive resume.  Educated at Julliard and the New England Conservatory of Music, Zucker has taught classical flute at Sacramento State for nearly three decades.  She has dozens of classical recordings to her name and will perform at Carnegie Hall in November.

But there’s more to Zucker than just classical music.

As her academic career at Sacramento State winds down, Laurel Zucker is still thinking about the path not taken.  Zucker says she’s already preparing for post-retirement.

"In about six years I’m going to retire from the University, and right now I’m kind of getting ready to do…what I plan on doing is I want to focus a lot on jazz playing, which is something I almost went into in college," she says

Instead Zucker went the classical route and has achieved remarkable success. But over time she has just become more appreciative of other genres.  She had to come around to country music (a student opened her ears to it after taking offense at Zucker joking that Johnny Cash was, to put it politely, rustic), but Jazz has always been a comfortable fit for her.

"My parents used to buy Herbie Mann records—you know, LP’s—when I was younger, and so I listened to him and I always thought he was a great flutist," she says. "I remember listening to an album called Memphis Underground."

Released in 1969, Memphis Underground was a surprise crossover hit for Herbie Mann, peaking at #1 on the Billboard Jazz chart and #20 on the Top 200.  It was, for many listeners, their introduction to jazz flute.  Mann proved to be more than a novelty; he was a player who combined emotion and technique seamlessly.

"He did expand the flute repertoire, and actually, made jazz flute famous," she says. "He was the one that got jazz flute on the map."

Since agreeing to perform in a tribute to Herbie Mann, Zucker’s been spending a lot of time listening to his recordings – soaking up the intricacies of his particular musical language to adjust her style to fit his, especially his approach to Latin-influenced music.

"Herbie Mann mostly focuses on the high register of the flute...in a lot of salsa music you hear a flutist playing on top," she says. "Usually it’s without ... any kind of vibrato, but a nice clear directed sound, so I’m doing a lot of that. I’m trying to imitate the sound …and it’s not going to be exact because I am a classically trained musician."

Don’t let this caveat fool you for a minute. Clearly, Zucker is not afraid of new challenges.

"I don’t mind throwing myself into the kettle, in fact, I enjoy it," she says.

And the respect she has for the abilities of the student musicians she’ll be performing with certainly makes it easier to step outside of her comfort zone. Zucker has nothing but good things to say about the ensemble

"They are just terrific, I have to say," she says. "They’re really a great group.  They sound professional to me."

By the time she hits the stage, Zucker will be ready to do Herbie Mann’s music justice, but as she told band director Carlos McCoy she has no interest in raising the curtain prematurely.

"They did a warm up, and Carlos said to me, 'Hey! Join in with the students,'" she says. "I went, 'No, no, really quietly.  I’ll just play the piece that I’ve been working on that you want to rehearse.'"

"But at the end of it, I really do want to be comfortable with different styles," she says.