Valley And Butte Wildfires Among Most Damaging In California History

The Valley Fire in Lake County is 75 percent contained at 76,067 acres Tuesday.

Cal Fire says 1,901 structures were destroyed in the fire, many of them in Middletown, making the Valley Fire the third most damaging wildfire in California history - based on the number of structures burned.

The Butte Fire in Amador and Calaveras counties is 80 percent contained at nearly 71,000 acres. 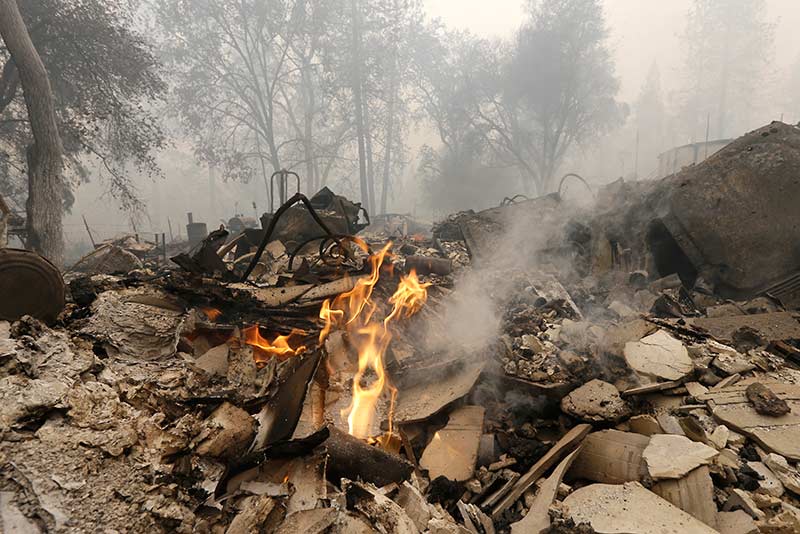 Flames burn in the remains of a home destroyed by the Butte Fire, Saturday, Sept. 12, 2015, in Mountain Ranch, Calif. Firefighters gained some ground Saturday against the explosive wildfire that incinerated buildings and chased hundreds of people from mountain communities in drought-stricken Northern California. Rich Pedroncelli / AP

It has destroyed 952 structures, making it the seventh most damaging fire in state history.

The Tunnel Fire in the Oakland hills in 1991 is the most damaging in California history. It burned 1,600 acres, destroyed 2,900 structures and killed 25 people.

In October 2003, the Cedar Fire in San Diego County burned 273,246 acres, destroyed 2,820 structures and killed 15 people. It is the second most damaging in state history.

Cal Fire says there have been 7,200 wildfires in the state this year that have burned more than 767,000 acres.

"A Presidential Major Disaster Declaration triggers the release of federal funds to support fire victims and supplement ongoing state and local disaster recovery efforts," according to the Governor's office. 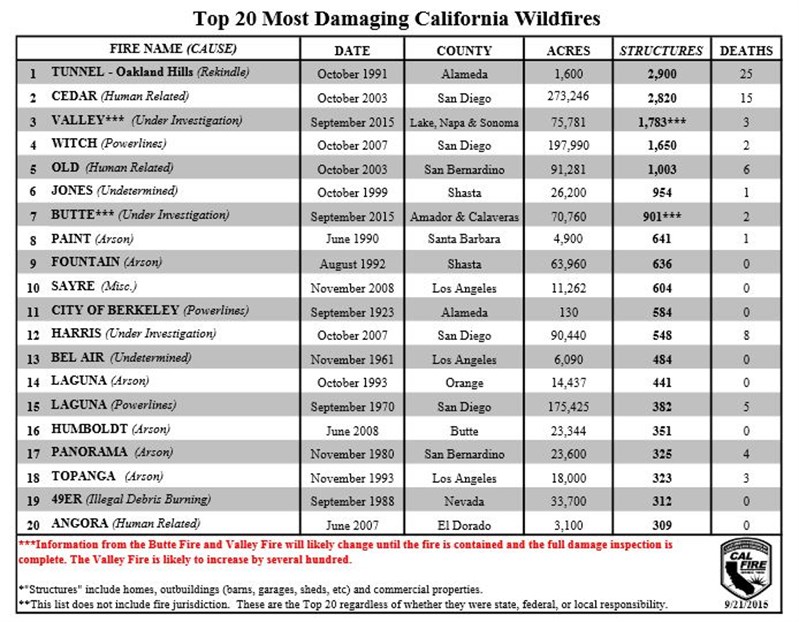 *Note: Updated with the latest acreage and containment figures for Tues. Sept. 22