Some California prison inmates are getting special training behind bars. They're being taught to train puppies that will become service dogs for the disabled.

Seven inmates at the California Health Care Facility in Stockton are training two puppies under the program operated by the group "Canine Companions for Independence."

Inmate Andrew Silva says it helps knowing that his work with the dogs allows him to give something back to society.

Silva is being professionally trained to train a 12 week old puppy named Kody as a service dog. He and six other inmates are learning to train two dogs that live with them on the prison grounds.

Silva says he saw this as an opportunity to give something back to society.

The dogs will spend a year with the inmates, and then with other trainers, before they're finally sent to permanent homes at no charge.

James Dern who heads the puppy program for Canine Companions for Independence says inmates at 13 prisons across the country are helping train dogs.

"We have about 40-45 dogs in prisons being raised by inmates. We have a much higher success rate with puppies that are raised in prisons than we do in the general population."

Dern says as these puppies leave more puppies will come to take their place, and more inmates will be trained to train them. 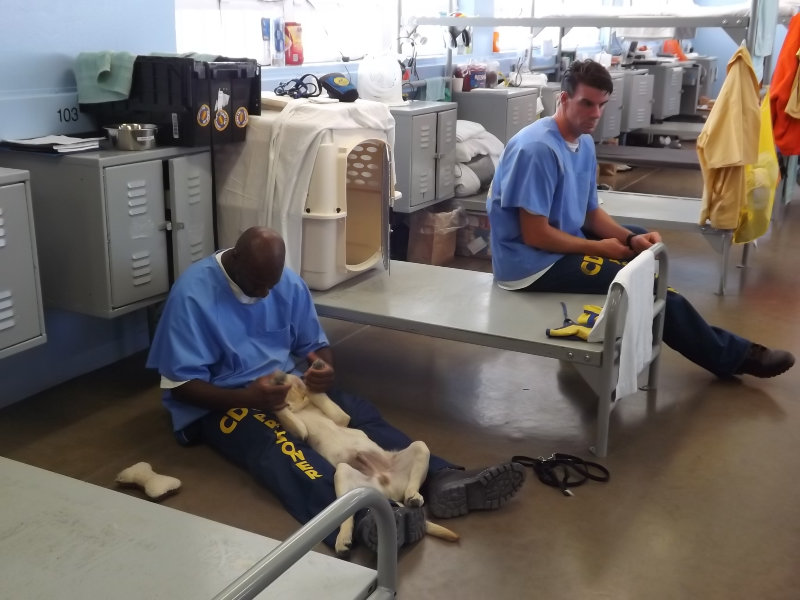