Forty years ago Wednesday, California voters elected Democrat Jerry Brown to a first term as governor. Tuesday,  they sent him to the Capitol for an unprecedented fourth term.

As the clock struck eight Tuesday night, Brown’s cabinet and senior staff dining with him in the historic governor’s mansion rose to give the longest-serving governor in California history a standing ovation.

A short while later, Brown came out to speak – and reflected on his great-grandfather, who sailed from Germany to Sacramento twice.

"What I derive from that is grit, guts, imagination, being willing to sail into the unknown with the confidence that you can not only survive but you can create something wonderful," says Brown.

The governor promised to work with legislative Republicans, who appear to have broken the Democrats’ supermajority.

“Even though I think we’re gonna have a good solid majority in my party, I’m gonna reach across the aisle," he says. "Because to build for the long term, you have to include more than just the people who make you comfortable.”

But Brown again declined to give new details about his fourth-term agenda – instead promising a continued fiscal restraint and to implement the state’s new school funding formula and criminal justice realignment program. 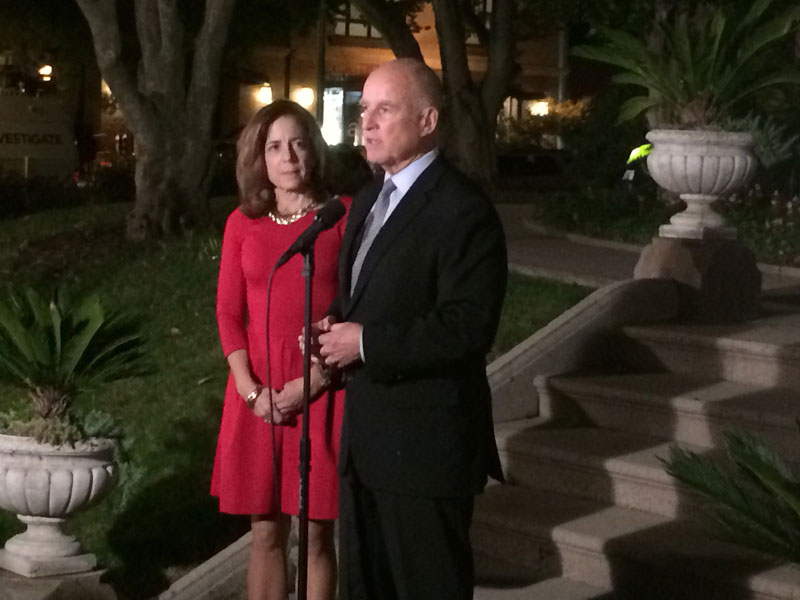 "It’s kind of difficult to think about what his mandate might be, because he didn’t really campaign on any particular issues aside from the ballot measures," says Sacramento State Government Professor Kim Nalder. "We don’t know specifically what he’s going to do. What we do know is that he expects that the voters in California trust him."

Apparently, California voters do -- they’ve voted for Jerry Brown more than any other governor.

Meanwhile, Kashkari's election night event didn't seem like a party for a losing candidate. Colored lights and upbeat music gave the small room at the Costa Mesa hotel a festive feel. And Kashkari tried to keep the mood optimistic as he gave his concession speech just about 20 minutes after California's polls closed.

“This was always about blazing a trail for the future of California and the future of the Republican party," says Kashkari. "And more than anything I'm proud of all of you and how we worked to bring these issues forward.”

Kashkari defended what at times appeared to be the narrow focus of his campaign. His main themes centered on creating jobs and fixing the state's education system and he tried not to deviate from those issues – though he did stress creating a more inclusive party.

At another Republican event in the same hotel, Kathy Anders says Kashkari was not the candidate she was hoping for. She says the party needs a new, dynamic leader.

“It's going to take someone very strong, very engaging, that can work both sides of the fence, so to speak, that would be able to push the democratic strong hold off to the side a bit," says Anders. "I mean, we've done it before with Schwarzenegger.”

But Kashkari may not be ready to leave the political scene.

“My commitment to you is that, as I did in this campaign, I will continue to do everything I possibly can to take our state forward and to take our party forward," says Kashkari. "And I want you to know this, I'm just getting warmed up.” 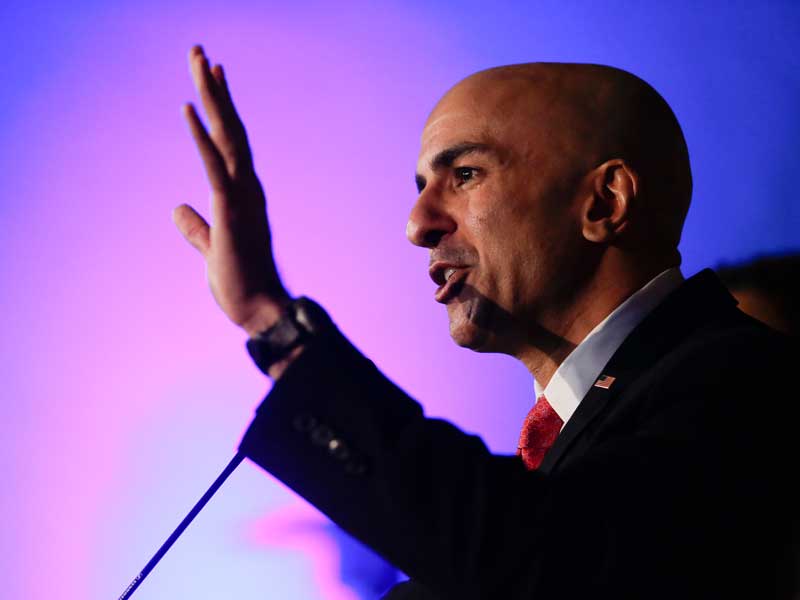