The 7th Congressional District race is drawing national attention as a pivotal toss-up this fall. Democrat Ami Bera and Republican Doug Ose will face each other in their first debate Wednesday night, which Capital Public Radio will broadcast live at 7 p.m. 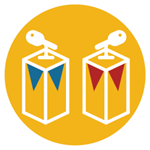 The suburban Sacramento 7th district is one of the most competitive House districts in the country. It’s almost evenly split between registered Republicans and Democrats.

National Political Analyst Ken Rudin says it’s an interesting dynamic when the nation and Congress are so polarized. He says Republicans trying to pick up a House seat are closely watching this race.

“Some moderate Republicans want to see if you can run as a moderate, run as somebody as a bridge builder and still get elected and not have to kiss the ring of the Tea Party, because Doug Ose is not willing to do that," said Rudin.

Rudin was speaking on Insight with Beth Ruyak. Ami Bera is a freshman Congressman. Doug Ose is a former three-term Congressman looking to return to Capital Hill.