11:40 p.m.:  Mop-up operations have begun on the El Portal Fire, and some of the air resources assigned to other fires Friday. The final evacuation orders have been lifted, as residents of the Foresta community have returned to their homes.

1:50 p.m. Friday: The El Portal Fire has scorched 4,198 acres, with containment holding at 58 percent as of Friday morning. There are 1,360 personnel assigned to the incident.

Residents of Foresta are expected to be allowed back to their homes at 3 p.m. today, with the area open to the general public Saturday afternoon.

11:30 p.m. Thursday: Favorable weather conditions led to progress on the El Portal Fire Thursday, as the blaze is now 58 percent contained, according to fire officials. The remaining evacuation order for the community of Foresta is expected to expire at 3 p.m. Friday, at which time residents will be allowed to return to their homes.

The fire, which started on July 26, has scorched 4,198 acres near Yosemite National Park, and there are 1,194 personnel assigned to the incident. Total cost of fighting the fire has risen to $5.7 million.

The air attack on the fire Thursday pretreated fuels in an effort prevent spot fires in the northeastern portion of the fire. Mop up operations began Thursday and continued into the night.

The Merced Sequoia Grove, home to some of the world's largest and oldest trees, is threatened by the fire, although the blaze is still many miles from the area.

Older adults, children, pregnant women, and people with heart or lung disease, including asthma, are more vulnerable to the adverse health effects of smoke from wildfires. If heavy smoke is present, vulnerable people should take precautions and avoid prolonged or strenuous outdoor activity. The effects of smoke can change quickly, so sensitive or at-risk individuals might consider leaving the area when a long-duration smoky wildfire is forecasted; they should consult their healthcare provider to determine appropriate protective measures to take.

Cool picture of the #ElPortalFire a little while ago. #cafire pic.twitter.com/IZKV9hTYL3 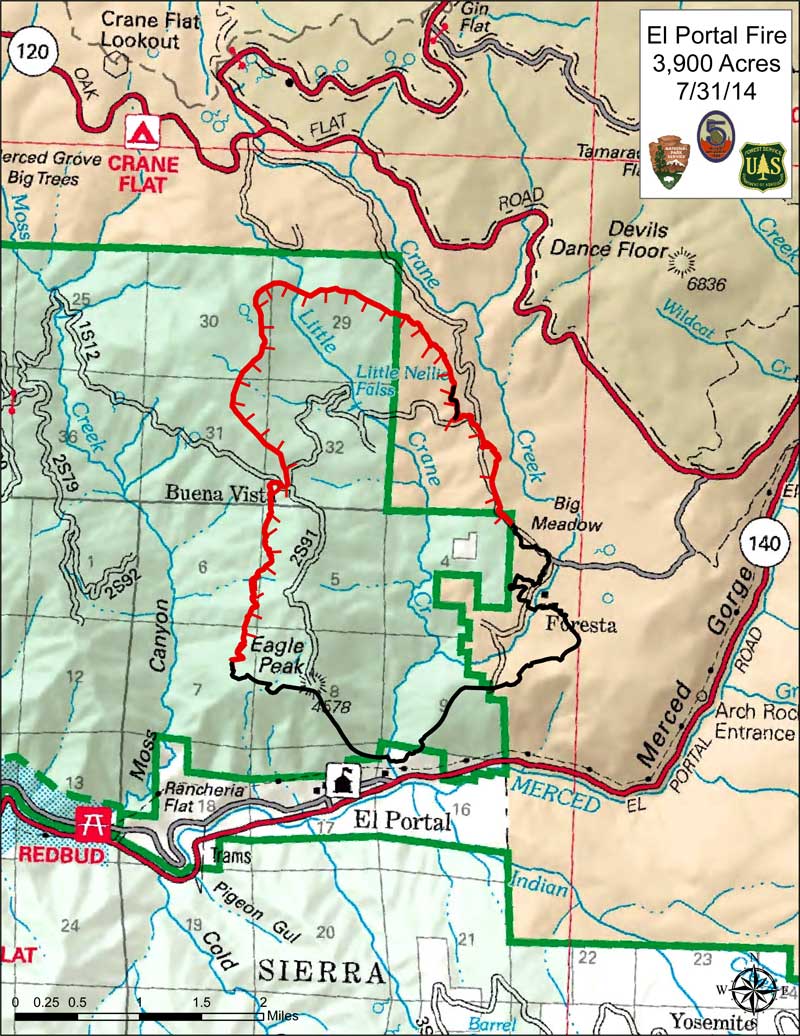