Abandoned Campfire Determined To Be Cause Of French Fire

An abandoned campfire in the Rock Creek Campground has been determined as the cause of the French Fire in the Sierra National Forrest, east of Modesto. More than $8 million has been spent to fight the fire, which is just 15 percent contained.

Investigators with the Sierra National Forest are asking for the public’s help for information about anyone who was seen in the area of Rock Creek Road near the San Joaquin River during the afternoon or evening of Sunday July 27.

There are 1,763 personnel working the incident, which is causing heavy smoke to the areas north and west of the fire. Officials say the firing operations in the San Joaquin River are scheduled for completion tonight. Another firing operation is planned for the area around Wagners Mammoth Pool Resort.

Cause of #FrenchFire determined to be an abandoned campfire near Rock Creek CG. Public help needed,call 559-877-2605 pic.twitter.com/txeEkt8MI3

Smoke from #Frenchfire over the #Sierra as seen from the NWS office in #hanford. pic.twitter.com/TKjmhhWiGM

NOT a good day to be in areas of #Yosemite NP if you have #asthmaproblems: smoke from #FrenchFire & #ElPortalFire. pic.twitter.com/lQs5g167Qx

The French Fire has grown to 11,466 acres, with 15 percent containment as of Saturday morning, according to fire officials. Evacuation orders are in place for the Arnold Meadows community. Several summer homes in the Hogue Apple Ranch and Wagner's Resort area were evacuated earlier in the week.

There are 1,560 personnel currently assigned to the fire.

The fire is burning in the Rock Creek Drainage. It began Monday morning, and continues to grow on its north and west perimeters, near the Wagners Mammoth Pool Resort. Hot, dry weather and dense, dry fuel are contributing to the fires' growth. The cause of the fire is under investigation.

The fire continues to produce heavy smoke, which is greater in the morning and evening hours. Residents are advised to check with the San Joaquin Valley Air Pollution District's website for the latest information on the pollution and its effects.

Information on Forest Service road and trail closures can be found at http://valleyair.org/wildfires.htm 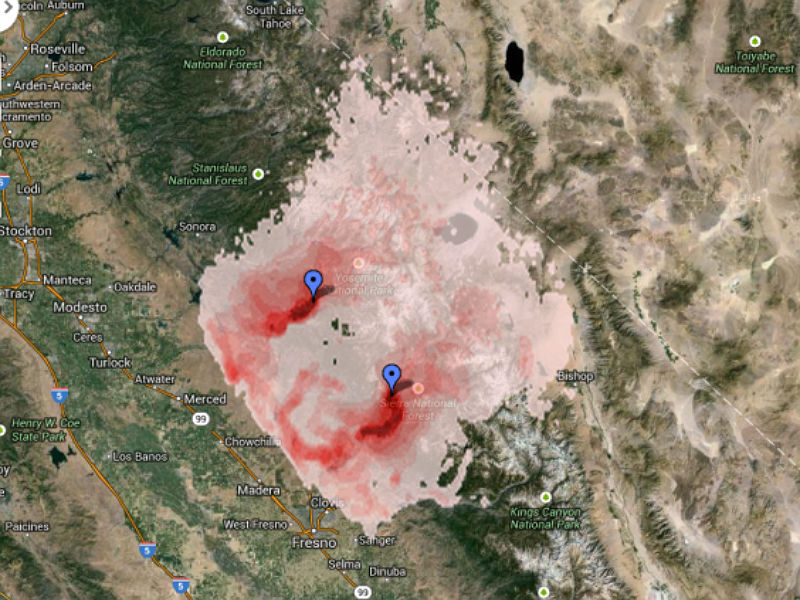 Another California desalination plant approved — the most contentious one yet