This story is Part 2 in a two-part series about how communities are affected by the drought and the state's effort to manage groundwater more sustainably.

Californians are becoming more reliant on underground water during the drought. But policymakers and environmental groups agree better management of the resource is needed.

Vic Bruno’s home isn’t connected to a public water system. Like most rural homeowners in Madera County, his water comes from a deep hole in the ground.

"It’s a three-quarter-inch pipe that goes all the way down 300 feet," he says.

Bruno has lived here for 25 years. His ranch is also home to a whole gang of farm animals. So when his well started pumping up sand, he thought of them.

Bruno has water, for now. But he’s at the bottom of his well. He’s been told he’ll have to drill deeper.

He’s convinced that the nut-tree farmers just down the road are to blame – but that’s hard to say. Central Valley regional water regulators don’t keep track of who is using how much well water. Nor does the state. 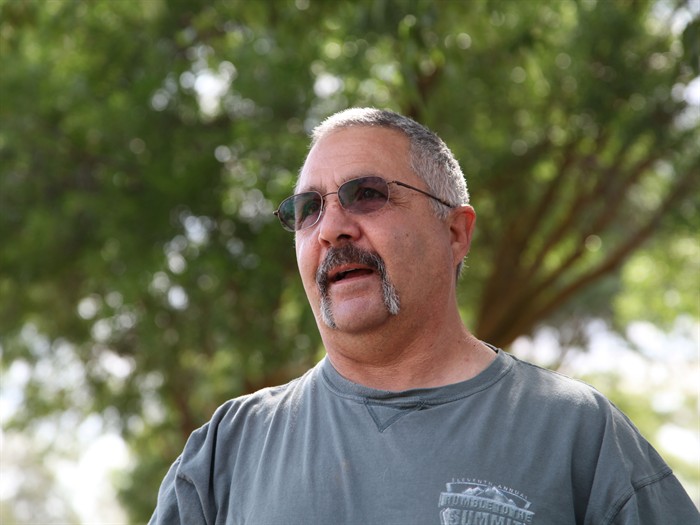 Victor Bruno says his 300-foot well is running dry. He blames nearby farms for causing the groundwater table to go down.  Marnette Federis / Capital Public Radio

"We are seeing a doubling or more of permits, some related to persons out of water, but some related to new construction as well," says Wayne Fox, who is with the Environmental Health Division of Fresno County, located south of Madera.

Local agencies, not the state, manage groundwater in California. But the extent of their monitoring and authority varies widely.  Fox says Fresno County hasn’t denied one well permit this year.

“The fact that surface water isn’t available to our Westside farmers has caused a very large surge in those farmers drilling wells where they didn’t have a well before," says Fox.

Laurel Firestone, with the Community Water Center, says the situation has turned into "a free for all."

"Anyone that can afford to stick a straw into the ground and drill a well can pump close to as much as they need or want," she says.

California state water managers say groundwater levels have been at all time lows in most areas of the state since 2008, especially in the San Joaquin Valley.

"One of the components of starting to manage groundwater sustainably, is ensuring that we have adequate data, that we have data on where wells are, and how they’re being used, how much water is being pumped,” says Firestone.

She says local agencies don’t have clear powers over groundwater use. But that’s something the Governor’s administration is hoping to change this year. 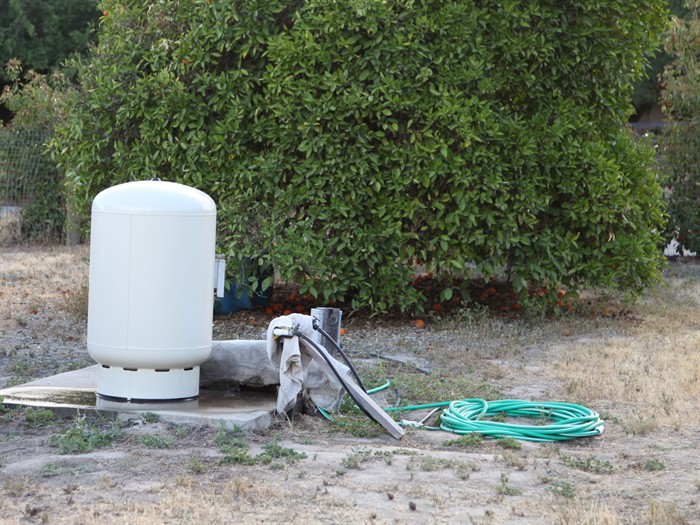 California Department of Food and Agriculture Secretary Karen Ross says a number of agencies are working on a long-term sustainability plan.

“It’s very important that we not try to dictate 'one-size fits all'" says Ross.

She says California’s landscapes are so diverse, groundwater is best managed by local agencies. But in its plan, the state would be a backstop when, for example, there is no local political will.

“Where we have severely impacted groundwater basins, the state is also signaling that we will step in to actually develop a plan until the locals are able to take that over themselves," says Ross.

The state water board already has the power to intervene in cases of wasteful or unreasonable water use. That power has rarely been in dealing with groundwater. 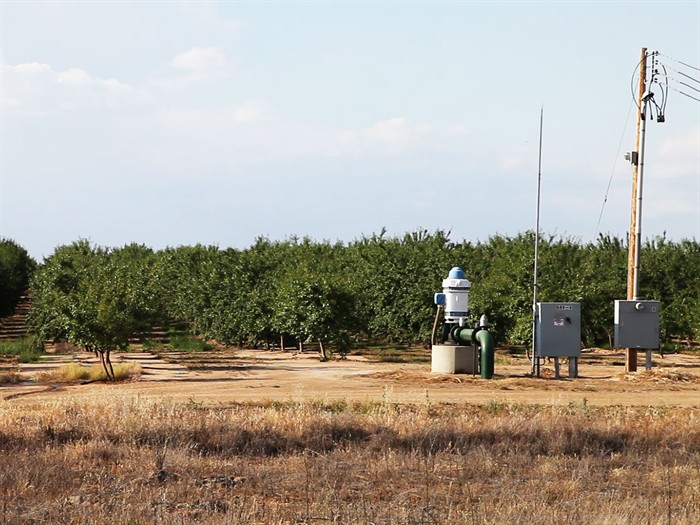 "We have a lot of farmers trying to survive right now, and their survival is groundwater and what they see is, folks now want to come after their groundwater," says Wenger. "It’s called check mate. You’re done, you’re finished, you’re out of business."

Wenger says the best way to manage groundwater is to increase surface water supplies. He says that helps recharge what’s underground. But Wenger says he only water option he hears is “less.”

"If there’s two people floating in the ocean, and there’s only one life ring to go out there," says Wenger. "One of those people is going to think they’re more important than the other one. And that’s exactly the discussion we have going on right now.

Two bills calling for sustainable groundwater regulation are being considered in the legislature right now. It’s too early to tell what kind of change will come, and when.

Explore the map below to learn more about the homeowners Capital Public Radio spoke with for this series.

Verna and Al Ward talk about how they have prepared for their well running dry. Marnette Federis / Capital Public Radio