The Hornets lost Sunday to Cal Poly for the second time in the Div. 1 NCAA baseball tournament, ending its season. An eighth inning Sacramento State rally came up short, as the Cal Poly Mustangs held on to win, 6-5, in an elimination game Sunday in San Luis Obispo.

The Hornets (40-24), played well in the teams' first-ever trip to the NCAA tournament. They eliminated Arizona State Saturday, but couldn't push the tying run across in the ninth. The game was played on the Cal Poly home field, but Sac State was the home team. 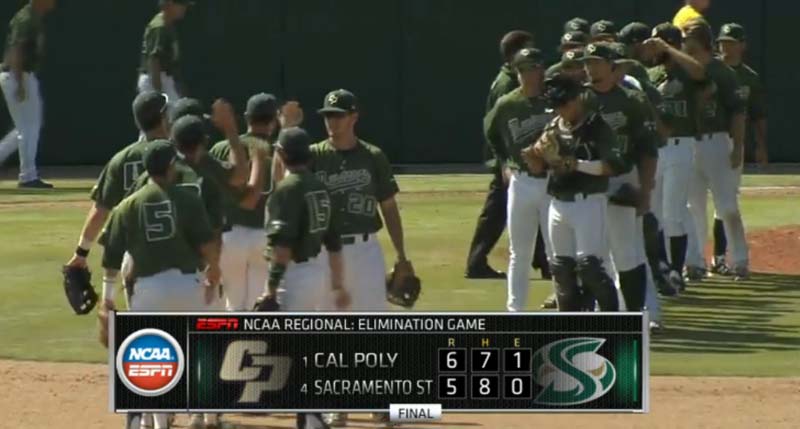 Baseball Season Ends In Narrow 6-5 Loss to No. 5 Cal Poly

No. 5 Cal Poly led 5-1 early but Sacramento State battled back and had the potential tying run on base in the ninth inning before the Mustangs were able to escape with a 6-5 win in an elimination game at the NCAA Regional in San Luis Obispo.