McKinley Village would be a neighborhood of about 330 homes built on 50 acres adjacent to the Capital City Freeway.

"One of the biggest contributors to our poor air quality in our region are the long commutes, the spewing of emissions from vehicles," says project developer and former California State Treasurer Phil Angelides. "We're placing a development where people are going to be three to four blocks away from the local school, they're four blocks from the local grocery store, right near the major hospitals that are big employers, close to downtown."

But critics, including City Councilman Steve Cohn, say the development would put too many people in one place.

"That's part of the problem," says Cohn. "It's actually more than 50% higher density than the existing East Sac neighborhood and yet has less transit and less connectivity."

Both Angelides and Cohn appeared seperately on Insight with Beth Ruyak.

Cohn says McKinley Village would hurt the quality of life for people who already live in East Sacramento because it would generate too much traffic on their narrow neighborhood streets. Cohn says the only answer is to build a tunnel at Alhambra Boulevard.

"If the Alhambra tunnel were made part of the project so that traffic could access in and out through Alhambra," says Cohn, "I would support the project but it would have to be a requirement not just an option."

Angelides says the project won't pencil out if he has to build a tunnel.

"This call for an unneeded, expensive tunnel at Alhambra, that may or may not be physically deliverable," says Angelides, "really is an attempt to kill the project bluntly." 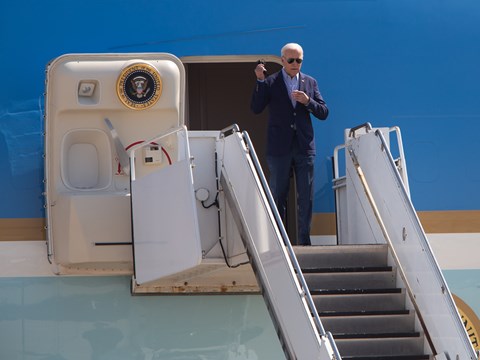 On Sacramento Visit, Biden Tours Wildfire Damage Before Stumping For Newsom On Eve Of Recall