Will Your Next House Produce More Energy Than It Consumes?

The house uses L-E-D lighting and has a geothermal heating and cooling system. It is solar-powered. The solar system provides the energy needed for the house and an electric vehicle.

Michael Koenig with Honda Smart Home U.S. says every year the system is expected to produce two kilowatts of electricity more than it consumes. 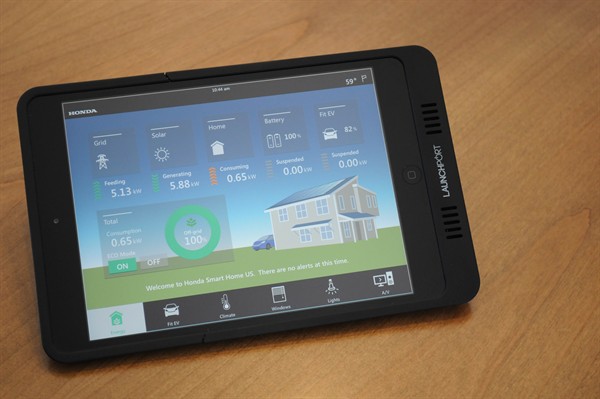 A UC Davis employee will live in the house for several months and assess its livability.

The house has hundreds of sensors which can trigger automatic lighting and  record information about the viability of new products.

It has other efficiencies. The slab of the home was poured using a new cement mix that requires fewer carbon emissions.  Gray water will be used to water the landscape.

Della Thompson is in real estate.  She was one of about 60 people who took a tour during an open house.

"It would be great if it was available to everybody. The problem's going to be to make it cost-effective where it doesn't price everybody out of California," she says.

Honda won't say how much the house cost, but it does say it hopes the research will help make the efficiencies standard for new homes within ten years.

The home is the newest addition to the West Village community at U.C. Davis.  The school says the development is on its way to becoming the nation's largest net-zero energy community.