High-Speed Rail CEO: No Construction Yet, But Work "Under Way"

California’s High-Speed Rail Authority is asking contractors that want to build the second stretch of Central Valley track to step forward.  It also says work on the project’s first phase is “under way.”  But actual construction has not yet begun – despite promises that it would by now.

Construction on California’s high-speed rail project was supposed to have started by the end of last year.  At least, that’s what Governor Jerry Brown promised in his 2012 State of the State address.  The governor referred to the upcoming release of a new business plan “that will enable us to begin initial construction before the year is out.” 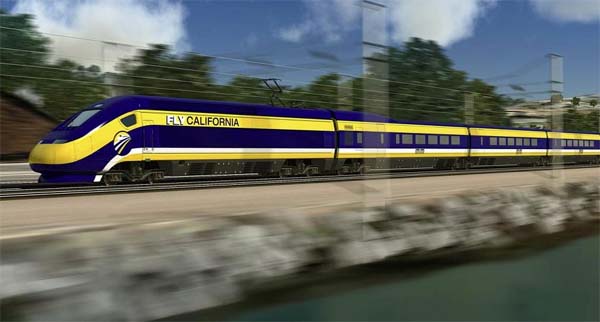 Then, this past February, as the High-Speed Rail Authority reviewed contractor bids for the opening phase in the Central Valley, here’s how CEO Jeff Morales described the timeline:  “We’ll go through a negotiation to reach a contract and expect to award that contract and be under way June/July – construction starting this summer.”

Yet today, nearly a year after the governor’s original promise, there’s been no groundbreaking.  We asked Morales about this discrepancy, and he says work is actually under way – just not construction work.  He says the contractor’s been hired to both design and build the project – and right now, it’s in the design stage.

“They’re also mobilizing, getting people on the ground, setting up hiring processes, buying equipment, doing all the things to really gear up for the full blown construction which will be coming shortly,” Morales said.

Asked to define “shortly,” Morales replied: “Next few months, we’ll be under way.  Again, we are under way, with the work.  People will start to see things happening over the next few months.”

Morales says the physical construction will actually be the easiest part of the project.  He says getting permits, acquiring land and passing environmental reviews are the tasks that make it so hard to lay 30 miles of flat, straight track through the Central Valley.