In less than three months, people around the U.S will be able to log onto a website and shop for health insurance. Until that time, state governments are racing to secure contracts and get IT systems in place.

Some states, like Nevada, resisted the Affordable Care Act at the Supreme Court, but it’s been implementing the ACA for a couple of years.

“Having that schizophrenia if you will, challenging the ACA but implementing it at the same time, has actually benefitted us," says Jon Hager, Executive Director of Nevada’s health insurance exchange, Nevada Health Link.

Hager says the health care system over the next couple of years will involve a lot of moving parts.

So Hager says the Nevada strategy is to see how the market develops. Nevada Health link will function as a "free-market facilitator" - that means any insurance company that meets federal standards can apply to serve the state’s pool of customers.

“Carriers, you provide a range of products that you think are appropriate for Nevada’s consumers. Consumers, you pick whatever you think is best. We’ll go through a couple of years, and look at what consumers decide, and then we'll evaluate at that point whether or not it makes sense to many any changes the market,” he explains. 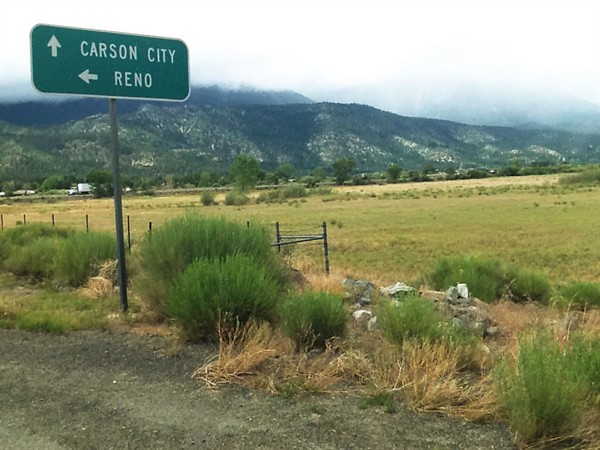 Just across the Sierra in California, the construction of a new health care framework means dealing with insurance companies quite differently.

"It’s like we’re a large employer saying we want to offer four or five health plans that do the best job," Lee adds.

Covered California is an "active purchaser" – which means the government agency negotiates directly with insurance companies. Lee says the model has resulted in the best rates and benefits for consumers. Lee says at first, thirty health plans wanted to be in the new market.

"Some of them dropped out pretty quick when they saw what it means to be a plan that we were going to contract with. Meaning they’ve got to do a good job on chronic care management; they need to do prevention, wellness; they need to improve care. So we started right out of the gate with raising the bar," he says.

CALIFORNIA AND NEVADA DIFFERENT IN MORE WAYS THAN ONE

There are other differences between the two state exchanges. Capital Public Radio got both Jon Hager in Carson City and Peter Lee in Sacramento on the phone.

"My staff is only going to be thirteen people," says Jon Hager, of Nevada's exchange.  "What’s your target, Peter, 1100?"

Nevada has chosen a private contractor to manage its call center. California’s call center will be staffed by state employees. Consumers will log onto Covered California’s website and compare standarized health plans.

In Nevada, the plan options will be shown side by side. They will not be standardized. But perhaps the biggest difference is size.

While California anticipates more than a million customers next year, Nevada expects just over 100,000.

Caroline Pearson from the Washington D.C.-based consulting firm Avalere Health says a smaller market may make it hard to attract carriers, and that could affect prices.

“Where we get concerned is the states that are small, and therefore don’t have enough plan interest to have the competition that drives those premiums down," says Pearson.

"Vermont only has two health plans, and their premiums are looking relatively high compared to the rest of the country."

Pearson says vigorous competition or negotiation can keep costs down. But Pearson says the state styles of government won’t make much difference when people shop online next year.

“From a very basic consumer level. There’s not going to be a tremendous difference between the two approaches," she says.

It’s too soon to tell what Nevada’s health insurance marketplace will look like. Details on the plans and rates will be announced by September.