Artist Of The Week: Patrick Gallois 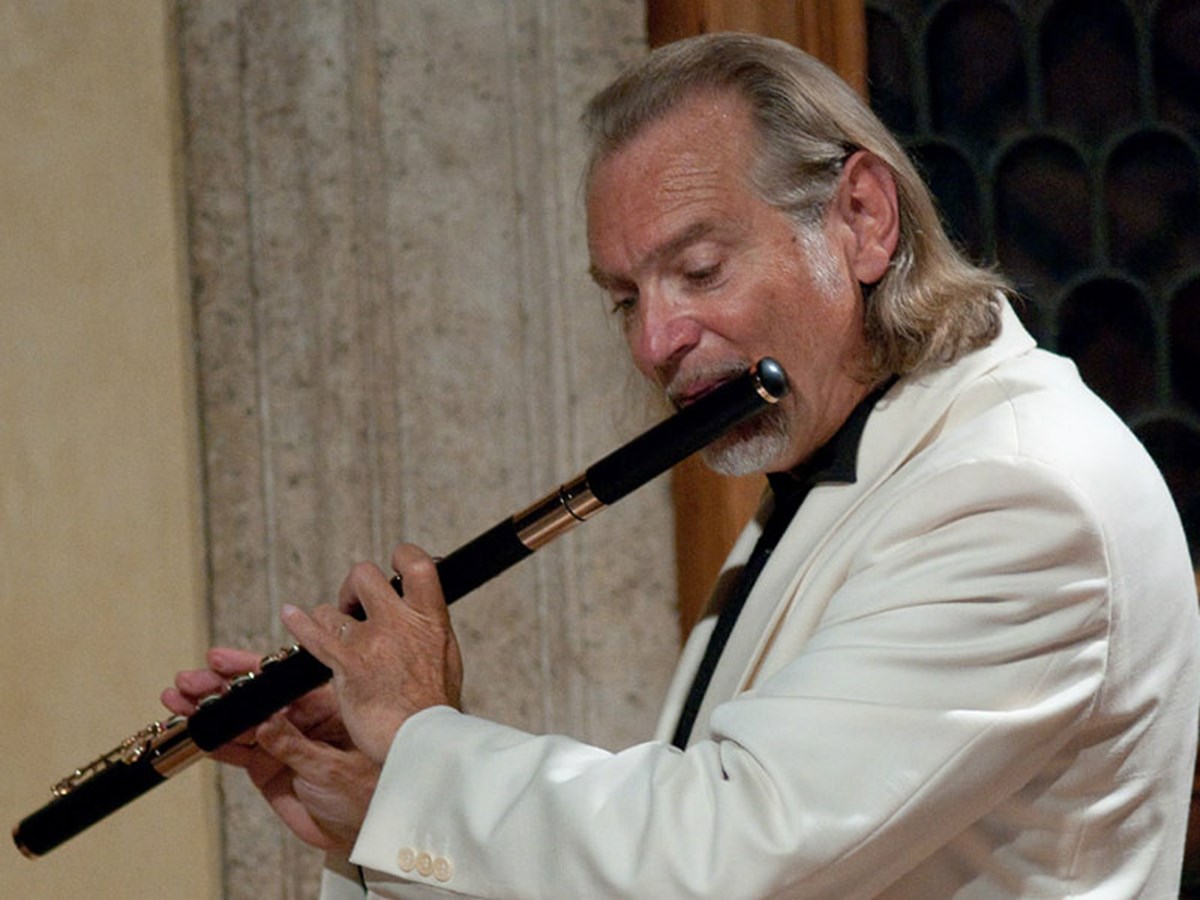 Some of the greatest musicians in the classical music world end up pulling double duty. Not only do they regularly play the instrument for which they are famous all over the world,  but they also conduct some of the world's most prestigious orchestras. Patrick Gallois is one such multi-talented, classical star, known for nearly four decades as one of the world's pre-eminent classical flutists.

Laurel Zucker is also a world class flutist, based here in Sacramento.  She described Gallois to me as "a very fine flutist. He ranks as one of the top flutists in Europe."

Gallois was born in the town of Lille in Northern France in 1956. He comes from a musical family and was trained in the traditional French school.

“My father was a musician, and we always listened to music, and made music together. The whole family was musical; my brother is a well-known bassoonist. Making music was so natural,” Gallois states in his Naxos Records bio.   At age 17, Gallois left for the Paris Conservatory where he studied with another French master, Jean-Pierre Rampal. At 21, Gallois became the principal flutist for the French National Orchestra.

Gallois left the orchestra several years later to pursue a solo career. In a 2009 interview with Naxos, he said “it was [never] my choice to leave the orchestra; one day, you have no choice, you need to give more, to tell more, to come closer to the public.” When he left the orchestra in 1984 Gallois said that he began to study Baroque music in order to become more adept at a wider range of flute playing.

Of course, Gallois’ career would take him well past the baroque repertoire. He’s recorded the works of Mozart, Devienne, Messiaen, and so many more. The life a soloist can be very lonely though, as Gallois explains; “On the stage you receive plenty of flowers, and have many fans, and after that you are alone in a hotel room... no space for family life, for strong relations. You arrive somewhere, you give, you receive, and then you go to the next destination.” He even admits that at one point during his career, he was on the road so much that he lived out of hotel rooms and didn’t have an actual home anywhere.

That loneliness would lead him back to orchestras. Only this time, in front of them. Gallois founded and was the musical director and conductor of The Paris Academy Orchestra and in 2003, took up the mantle of artistic director of the Sinfonia Finlandia. He’s also served as the guest conductor for orchestras all over the world.

His philosophy for conducting and programming is simple: “I don’t like to think in categories—‘Baroque’, ‘Classical’, ‘Romantic’—I like to think only of music in its widest reference. I like to touch on every kind of music.” Gallois feels that while the classical repertoire is all too important, programming a concert of music just from the past is like “going to a museum.” He argues that understanding the music of today is as important as understanding the music of the past.

This week on CapRadio -- mornings between 7 and 9 a.m -- you can hear Gallois’ range as he performs the music of Vivaldi, Devienne, Hatzis, and more as our Artist of the Week.

Vivaldi: Flute Concerto No. 3 “The Goldfinch”