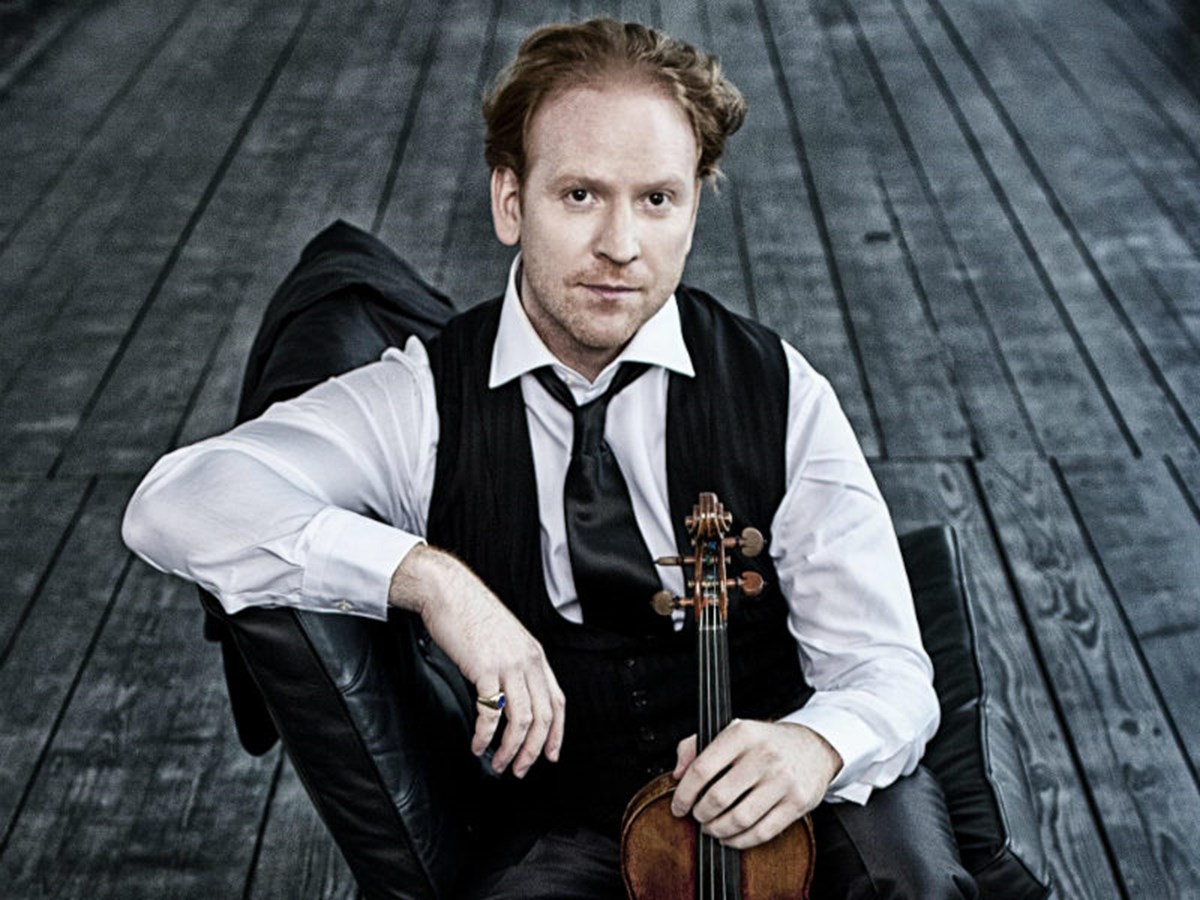 When Carnegie Hall called up Daniel Hope to ask if he could help produce an evening of music celebrating his native South Africa, the acclaimed violinist only had one question: “Are there any guidelines?” The response from Carnegie’s director of artistic planning Jeremy Geffen was a simple one, “nope, just think big.” Thinking big is when Daniel Hope is at his best. Hope’s career has been one spectacular project after another. That Carnegie Hall feat came to be known as A Distant Drum and was lauded by critics as “world class...” and “breathtaking…” Hope has a knack for standing out from the rest of the pack.

Take one look at his website, and you will see that not only is Daniel Hope an award-winning violinist who performs all over the world, but he is a radio host, a producer of live concerts, a “musical activist,” an author and more. One is left to wonder how Hope has time for it all. Whether he is recording the music of the great Hollywood composers, hosting a live radio show on the BBC, or producing an epic Carnegie Hall event about his homeland, you can be sure of one thing; Daniel Hope will put everything he has behind it.

A modern day warrior for classical music, Hope is not shy about who he is nor is he apologetic about what he does. Again, I direct you to his website. The colors on the page are bold, and the lettering is big. It reads like a news magazine as opposed to just a source for a flowery bio, upcoming events and a few recordings for your listening pleasure. In my opinion, this is more of the kind of marketing that classical music needs in the 21st century. One gets a sense of who Hope is and not just his list of accomplishments. Who is he? He’s a world class violinist that recognizes his music is entertainment as well as art, and entertain he does.

Hope’s latest album, For Seasons, opens with the four classic violin concerti from which the name of the album is punned. Hope doesn’t take care to make these renowned works delicate or sweet. Instead, he digs in with a primal integrity that employs power and visceral conviction. That’s not to say Hope interprets Vivaldi without musicality; it’s quite the opposite. I’d say he is just a little less “classical music” and perhaps a bit closer to what nature would have intended.

Hope was born in South Africa in 1973 (his 44th birthday is next month). When he was six months old, his family moved to the London. On the brink of financial chaos, Hope’s mother Eleanor secured a job as the assistant to legendary violinist Yehudi Menuhin, by way of an employment agency. Eleanor would keep the job until Menuhin’s death. Hope grew up as a child idolizing, watching, and learning violin from Menuhin as his mother worked. Hope says he practically grew up in Menuhin’s home. In 1999, the young Hope played on what would be Menuhin’s last concert to conduct. Hope’s mentor and “musical grandfather” died only five days after their final joint venture.

A LEGENDARY CAREER IN THE MAKING

Hope made his professional debut in the early 1990s and began his recording career with Nimbus Records in 1999. Since then he has recorded nearly 30 albums as a solo violinist and a member of the Beaux Art Trio on the Nimbus label and with his current label, Deutsche Grammophon. A big boon to Hope’s career came when he joined the storied Beaux Art Piano Trio in 2002. The group disbanded in 2008 after 53 years in existence when it became apparent that Hope’s solo career was taking up more of his time.

Even with his hectic schedule, Hope finds the time to write books, produce concerts, run a charitable organization, and promote the art form he loves. Hope has accomplished so much in a short time and it's hard to doubt that there is more big thinking to come.

Be sure to tune all week to hear the diverse and exciting selections of CapRadio Artist of the Week, Daniel Hope. Here is a quick breakdown of what will be played this week.

Karl Jenkins: The Armed Man - A Mass for Peace; Benedictus