The U.S. Drought Monitor released Thursday shows 46.7 percent of California is in "exceptional drought" and 47.5 percent of Nevada is in "Extreme Drought."

The Drought Monitor categories range from "abnormally dry" to "exceptional drought." Extreme and exceptional are the highest levels on the Monitor’s intensity scale.

"Little precipitation fell from the Rockies westward to the Pacific Coast," according to the report. "Overall, there was little change in conditions except along the northern tier of states from Montana westward through Washington and Oregon."

While the drought depiction for California and Nevada remained the same, continued dryness and exceptionally hot weather caused drought conditions to increase across eastern Washington, central and northern Idaho and western Montana.

"The entire state of Washington is now covered by abnormally dry conditions or worse, and severe drought was pulled northward along the Oregon coastline and expanded across a large part of central Idaho and adjacent Montana," the report stated. "These areas recorded generally 6 to 12 inches less precipitation than normal in the last 6 months, and less than half of normal amounts in the last 60 days last week."

"Looking ahead, (June 25-29), little if any, precipitation is expected, and daily high temperatures from Utah and Nevada northward through the northern Rockies and intermountain West will average 9 to 18 degrees above normal," according the Drought Monitor.

For the June 30 to July 4 period, the Climate Prediction Center forecast shows "continued above normal temperatures are favored in most of the west." 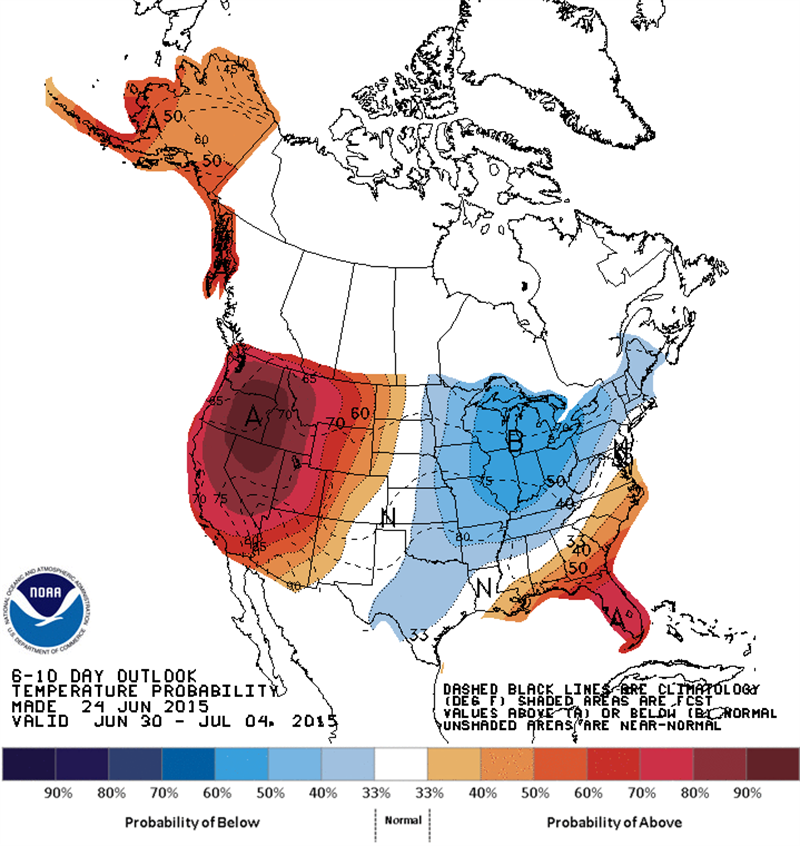