Aside from being great jazz musicians, what do Steve Gadd, Louie Bellson, Flip Phillips, Tony Scott, and Frank Capp have in common?

You wouldn’t know it from their last names, but each of these talented gentlemen are of Italian heritage. Sometimes names were changed (Americanized) for the sake of simplicity or fitting in (for it hasn’t always been as popular to be Italian as it is today). Thus, Cappuccio became Capp, Sciacca became Scott, and Balassoni became Bellson. Steve Gadd’s mother’s maiden name was Deliberti, her family having emigrated from Palermo. 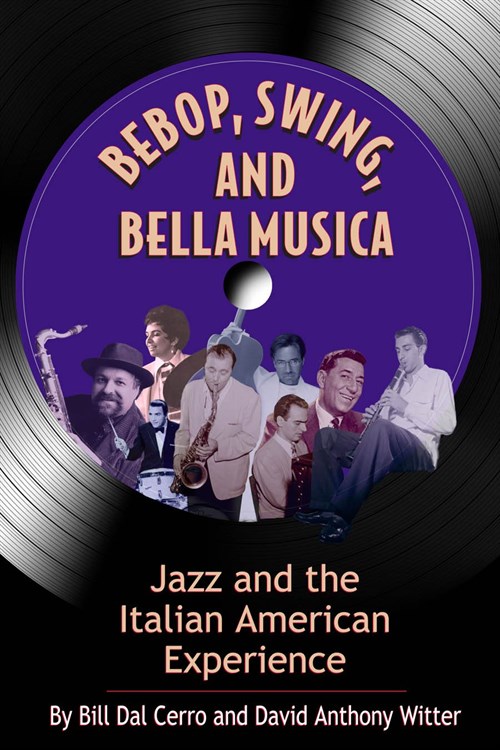 In this 383-page reference treasure, famous singers such as Frank Sinatra and Tony Bennett are profiled along with lesser known but important contemporary improvisers such as Frank Catalano, Jerry Bergonzi, and Joey Calderazzo. The authors point to several examples of Sinatra’s and Bennett’s contribution to the civil rights movement as well as their commitment to playing a vital role in the integration of jazz.

But were Sinatra and Bennett jazz singers? The authors say yes, pointing to their ability to swing and phrase like instrumentalists. Both singers acknowledged Billie Holiday as a strong influence. The chapter on Sinatra suggests he once anonymously posted bail for Miles Davis and that, years after that, on at least one occasion Sinatra and Davis hung out together at Jilly’s in New York.

In an interview with Joe Lovano, the Grammy-winning saxophonist acknowledges, “Jazz has a specific root – the African American experience – but it’s also about the branches of the tree. Jazz is about cultures coming together, inspiring each other, which is what makes it so beautiful.”

One of the most enjoyable chapters in the book details the rise of Louis Prima, from his roots in New Orleans, to his legendary appearance at New York’s Famous Door in 1935 (pianist Art Tatum was the opening act), to the hottest lounge entertainer in Las Vegas. Interestingly, Prima was the only white artist to appear at The Apollo Theatre in Harlem and The Howard Theatre in Washington D.C. in the ‘30’s and ‘40’s, before all-black audiences.

While pop culture acknowledged Prima as a popular entertainer with a sharp wit and sense of humor, this book also points to his jazz credentials as a composer (Sing, Sing, Sing), trumpeter, and leader of a band with a relentless driving beat that often changed tempos at the drop of a hat. Prima’s signature shuffle beat and vocalist Keely Smith’s cool phrasing, plus their unique chemistry and daring sense of humor made for a combustible experience on stage. And Louie “brought it” to every performance, no matter the size of the crowd.