The EPA says the state’s Department of Public Health has failed to spend nearly a half billion dollars in federal money to provide safe drinking water.

It’s estimated the state will have to spend 40 billion dollars over the next two decades to fix the problem.

Some lawmakers are outraged by what they see as a bureaucratic nightmare within the Department of Public Health.

Marta Saldibar, her husband and son have lived in the tiny community of Springfield in the Salinas Valley for six years.

In that time, she’s paid her monthly water bill. Then she’s paid close to $100 a month for bottled water.

Her well water, like that of her neighbors, has a nitrate contamination level six times higher than what is safe to drink.

“I just think it’s unfair that because we live in a poor neighborhood we have to wait all this time to get the water that we should have,” says Saldibar. 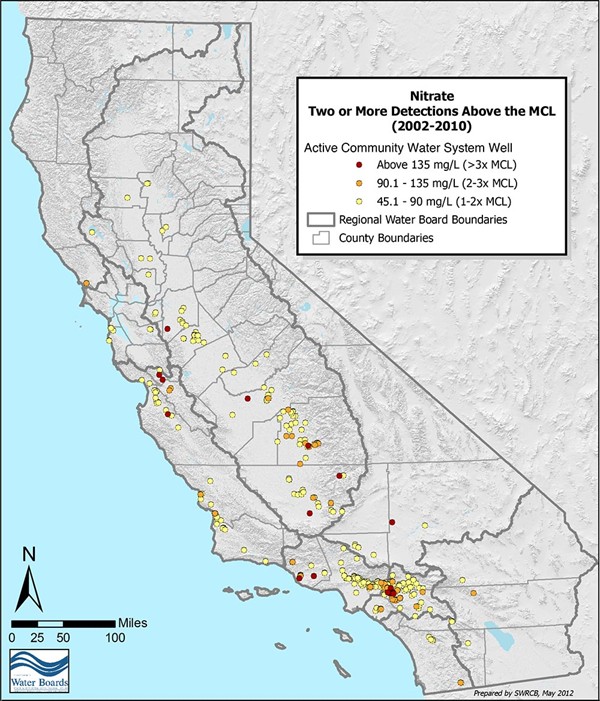 Four years ago, Springfield was placed on California’s priority list of communities in need of clean drinking water.

It is still on the list, along with almost five-thousand other projects across the state that are seeking federal funds under the Safe Drinking Water Act.

California’s Department of Public Health is responsible for distributing the money.

And according to the EPA, it’s not doing its job.

In fact, no state in the nation has received so much federal money and spent so little.

It’s received more than $1.5 billion and almost half a billion remains unspent.

"I think it’s unconscionable what the Department of Public Health and our state has done to these communities and these poor families for decades,” he says.

Alejo and other lawmakers are pushing a package of bills that would get clean drinking water to people who don’t have it.

One of the bills, authored by Central Valley Democratic Assemblymember Henry Perea would take the Safe Drinking Water Program away from the Department of Public Health and place it under the State Water Resources Control Board.

“If California is unable to get its act together and get our bureaucracies to move effectively and efficiently to get this money out I’m afraid we’re going to lose a portion of our last major part of funding,”says Perea.

The Department of Public Health refused a taped interview for this story.

But at a legislative oversight hearing in May, Public Health Director Ron Chapman said the Department is improving.

“In past years, the department has been slow to commit and disperse funds to meet the requirements of US EPA," says Chapman.

"In last two years the program has been making changes to processes and procedures that make it easier for water systems to apply for funding and that allow us to get the money out the door,” he says.

Part of the problem for small water systems like Springfield is that before they can receive federal loans or grants, they have to prove they can afford to maintain and operate the drinking water system.

“If you get a problem at the small scale, it’s not a little problem, it’s a big problem,” says Jennifer Clary with Clean Water Action.

She says these disadvantaged communities hit barriers trying to navigate the Department of Public Health’s complex system to get drinking water funds.

“We know that what’s happening right now is not working,” she says.

Clary compares the system to a set of Russian nesting dolls.

“The Drinking Water Program is a program within a division, within a department within an agency, so it’s so far from power that it seems to be suffering from neglect," she says.

The State Water Resources Control Board administers a similar federal loan program for wastewater projects in the state.

And according to the nonpartisan Legislative Analyst's Office it’s doing a better management job.

“Judging success on meeting the needs of most people has systematically let down the disadvantaged communities,” says Pantoja.

For now, Springfield has applied for emergency grant funding from the state, so residents don’t have to pay for bottled water.

The Department of Public Health says it’s working on a corrective action plan with the EPA.

As of April 19th, California had 60 days to comply or risk losing federal funds.