The Sacramento Zoo said the parents of three African Lion cubs are keeping a close eye on their offspring as they play. The cubs were born October 24.

“Prior to their introduction to the outside exhibit and then their sire, the lioness was taking excellent care of her charges in the behind-the-scenes dens as they learned to follow her (which is important in lion society as prides are often on the move) and develop all their skills,” said the Zoo in a news release. “The cubs will now continue to learn important group social skills from both parents.”

The Zoo said it participates in the Lion Species Survival Plan, which works with captive populations to increase awareness of the problems that face the big cat.

“Lions are considered regionally endangered in West Africa and an estimated 42 percent of major lion populations are declining, the Zoo said. “Their habitats are now only in game reserves in Eastern and Southern Africa. Loss of genetic diversity from inbreeding, fragmentation, diseases and habitat loss are all problems that continue to threaten this species. Diseases from domestic cats and dogs have also made an impact on wild populations.” 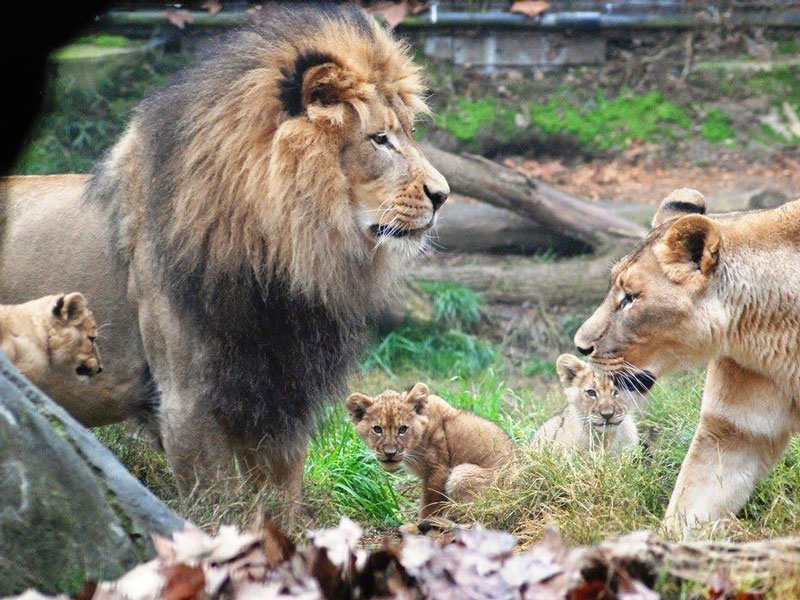