Violeta McCloskey, 70, lives at the Broadway Senior Center, a subsidized housing community near Tahoe Park in Sacramento. McCloskey says “We need more homes for everybody. Not just seniors, but also for the homeless.”

Violeta McCloskey was homeless before she moved into her apartment at a senior affordable housing community near Tahoe Park in 2011.

She had lost her home to foreclosure and was living in her SUV. To get by,  she treated her asthma and brushed her teeth each morning at a nearby bingo hall and relied on McDonald’s for free coffee.

A decade later, McCloskey, 70, a former cook and grandmother of five said she’s put much of the stress and anxiety of living on the street behind her, but she’ll never forget it.

“I’ve come a long way,” McCloskey said inside her apartment at the Broadway Senior Center where family photos adorn the walls and her cats Lola and Boo Boo roam about.

“I got a home, a roof over my head and I got enough food,” she added. “I really, really care for this home and I don’t want to lose it.”

McCloskey said it took her nearly two years to secure her subsidized apartment. But for thousands of low-income seniors across the Sacramento region, there are few, if any, affordable housing options to choose from.

There’s a statewide shortage of affordable senior housing, but the local deficit is alarming. Researchers at UCLA found more than 82% of low-income seniors in the Sacramento region are struggling with rent costs, the highest of seven regions analyzed, according to a 2018 study.

“I can’t express the concern that I have for the fact that we don’t have enough affordable housing in general and especially with the senior population,” said Kendra Lewis, executive director of the nonprofit Sacramento Housing Alliance, which promotes affordable housing.

“The Boomer population is aging more and more,” Lewis added. “They’re getting to the age where they really can’t work anymore, which is very much tied to how you pay your rent and your mortgage. So, we need to work even faster.”

A report published in May by the nonprofit California Housing Partnership found Sacramento County has a shortfall of nearly 60,000 affordable homes for its lowest-income renters, though it did not break down the need by age.

Additionally, the report found that renters in the county must earn more than twice the state’s minimum wage, or $31.25 per hour, to afford the average two-bedroom apartment, up from nearly $27 per hour in 2020.

Researchers and affordable housing advocates say the gap between older adults’ fixed-incomes and skyrocketing rents will likely grow, making a severe problem for seniors even worse.

“They’re at the mercy of these landlords who keep raising the rent every year. They get priced out,” said Eugson Wong, president of the Wong Center, a Sacramento nonprofit focused on senior housing.

New senior housing on the horizon

With excavators rumbling, construction crews dug trenches this week for a maze of underground gas, water and electrical lines at 7th and F streets in Sacramento. Two years from now, the 2-acre site will be home to the Wong Center Senior Apartments, a 150-unit senior affordable housing community, the first fully affordable housing project in the downtown Railyards development. 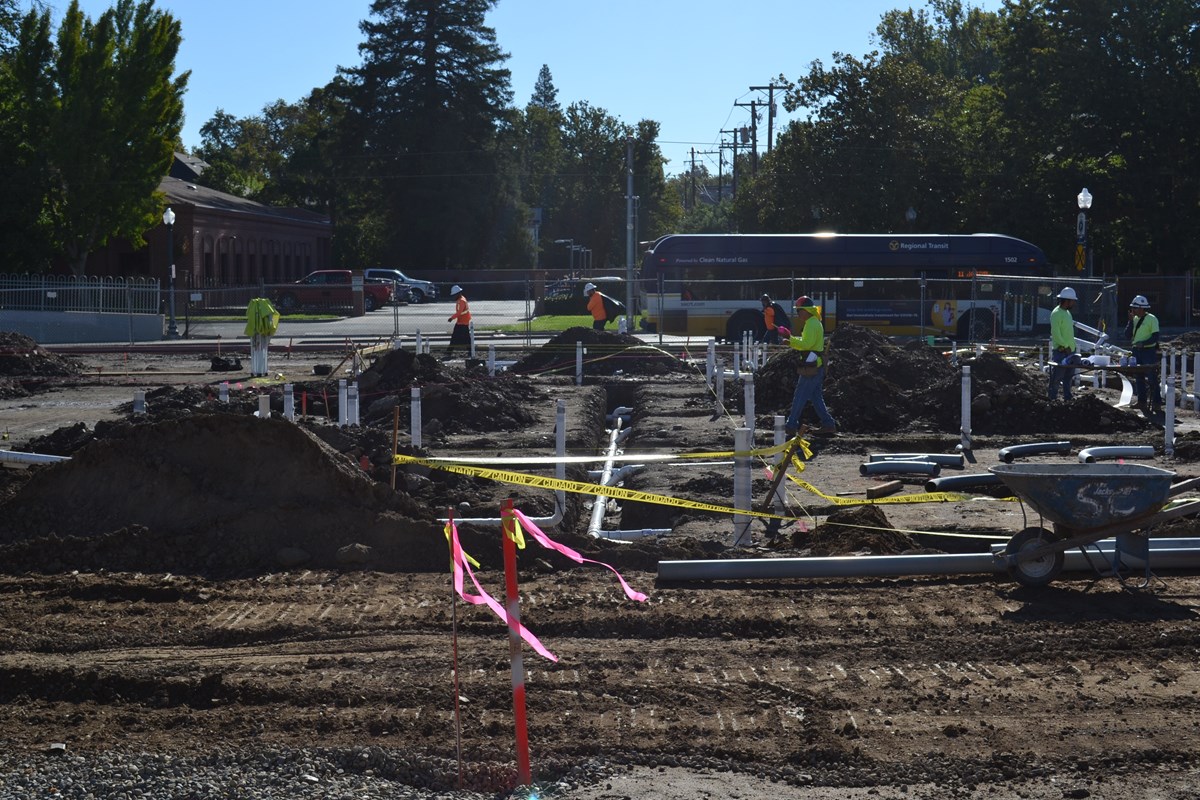 “Through our market study and some of the research that we did, we know that the elderly population here in downtown Sacramento is rapidly increasing,” said Danny Kolosta, project manager with Mutual Housing, as he toured the construction site. “We know a lot of senior citizens, they’re living off Social Security income or other kinds of passive income, so we wanted to tailor the affordability of this project.”

To qualify for an apartment, tenants must be 55 years or older with an income between 40% and 60% of Sacramento County’s area’s median income. Rents will be approximately 30% of a household's income, according to Mutual Housing. The company is not yet accepting applications.

More than just a place to live, the senior complex will be designed to meet tenant’s needs for socializing. There will be a 4,000 square foot community space with a kitchen, an outdoor courtyard, a barbecue area, Bocce ball court and garden beds, according to Mutual Housing.

Lewis of the Sacramento Housing Alliance called the project “perfect for the housing crisis that we’re in.”

“I think what’s really important about these apartments is that it’s a community,” she added. “Oftentimes seniors are isolated, they’re by themselves. This is the place where they won’t be alone.”

To ensure residents can reach medical and other appointments, the apartment community will partner with transportation companies, said Roberto Jimenez, Mutual Housing’s executive director. The housing complex is just blocks from the site of the future Kaiser Permanente Medical Center campus at the Railyards.

A housing hub in the Railyards

For decades, city leaders have envisioned building housing, jobs and entertainment options on the 240-acre Railyards site north of downtown, a mostly idle site that served as the city’s historic railroad and employment hub.

That vision inched closer to reality when construction started in 2020 on the first project at the Railyards, a 345-unit residential development called the A.J., which will include 69 affordable units, according to Downtown Railyard Venture, LLC, the site’s master developer. It is scheduled to open this winter one block north of the Wong Center Senior Apartments.

The nonprofit headed by Eugson Wong contributed $12.8 million to the new senior development, where all 150 units are designated as affordable.

That money helped spur the project forward, said Jimenez of Mutual Housing. The project’s total cost is $56 million, much of which will be paid for by federal low-income housing tax credits and tax-exempt bonds. The city of Sacramento provided a $3.5 million loan.

Jimenzed said local governments don’t have deep pockets to pay for affordable housing and that “gap funding” like that provided by the Wong Center nonprofit can make the difference.

“There is land available,” Jimenez explained. “The bigger challenge is that gap funding.”

In the early 1970s, the Wong family built “the original” Wong Center, an apartment complex with a distinctive pagoda-style roofing at 3rd and J streets. The family sold the building in 2016 though it continues to operate as low-income senior housing and is now known as the Imperial Tower Apartments.

The new Wong Center isn’t Mutual Housing’s only project focused on seniors. The nonprofit builder recently opened the 53-unit Lavender Courtyard. The site is the first-of-its-kind affordable housing complex aimed at LGBTQ seniors in Sacramento, and one of less than a dozen such places in California, advocates say. The three-story building was constructed earlier this year at F and 16th streets. The site’s first tenants arrived in May.

McCloskey, the formerly homeless woman who found housing near Tahoe Park, says she knows the value of affordable senior housing. “I’m just so thankful to get accepted in this place,” she said.

“We need more homes for everybody. Not just seniors but also for the homeless,” McCloskey added. “I know how these people feel in the street because I lived in the street.”

An earlier version of this story listed the wrong number of units at Lavender Courtyard. It has 53 units.