Coming Soon: What You Don’t Know About Meadowview, The Neighborhood Where Stephon Clark Was Killed 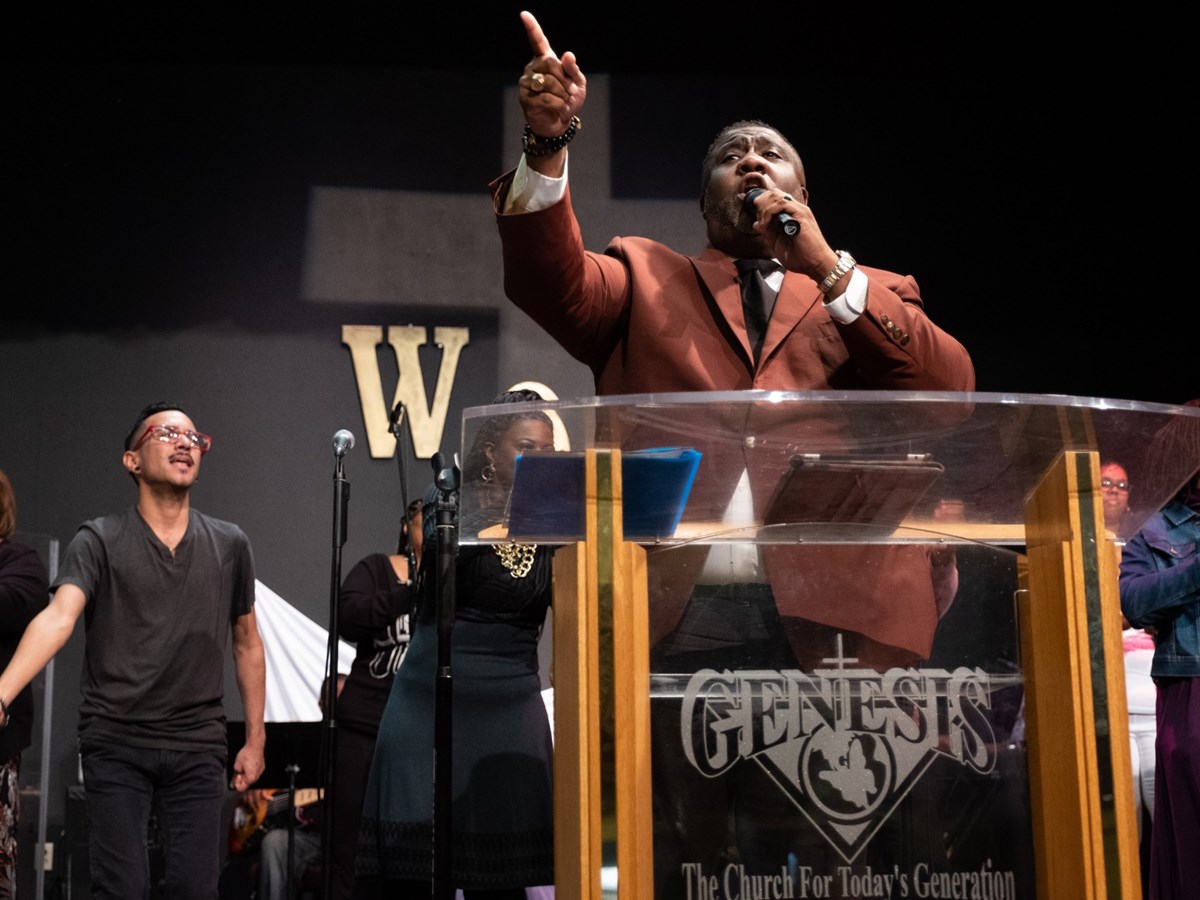 Meadowview is not the neighborhood Robert Roots Sr. knew as a teenager.

Back in the 1980s, drug dealers and gang members roamed freely on the streets, Roots said, and visitors from other neighborhoods had to watch their backs.

Those days are over, Roots says.

“It’s real calm now,” said the retired veteran, who coaches basketball coach at John Still elementary school. “There’s a lot of different people here and everybody gets along. It’s a nice place.”

But the police killing of Stephon Clark in the neighborhood last year, and all the media attention it has brought, has made it hard for Meadowview to shake off its reputation as a “ghetto,” as some outsiders have referred to it.

Meadowview is known as a place for “fights, kids, [and] gangs,” says 36 year-old North Highlands native Twanisha Murphy; it’s just an area where she wouldn’t ever want to live.

[Meadowview's] just like any other community out there with families who are just trying to survive, have a good life.

For the next The View From Here podcast, Capital Public Radio is spending a year looking at the complex history that led up to the neighborhood’s modern day image, and talking to leaders who are remaking Meadowview for the next generation.

Pastor Tecoy Porter, whose family has ministered at Genesis Church in Meadowview since 1990, describes the neighborhood as “just like any other community out there with families who are just trying to survive, have a good life.”

Porter said the police killing of Stephon Clark was an unusual event for the area, where for the most part, community residents have a good relationship with law enforcement.

“We are actually one of the safest neighborhoods you can be in,” Porter said.

For decades, immigrants from all over the world have chosen to settle in Meadowview, making up the cultural diversity that Sacramentans brag about to out-of-towners.

Asian-Americans and Latinos are about half of the population in the area. South of Meadowview road, 10 percent of residents have emigrated from Pacific Islands such as Tonga and Fiji.

Africans Americans make up less than a quarter of the South Sacramento neighborhood.

South Meadowview has high unemployment — hovering at close to 10 percent according to recent Census data. About one in four people live in poverty, and fewer than 10 percent of residents have a bachelor’s degree in the zip code below Meadowview Road. 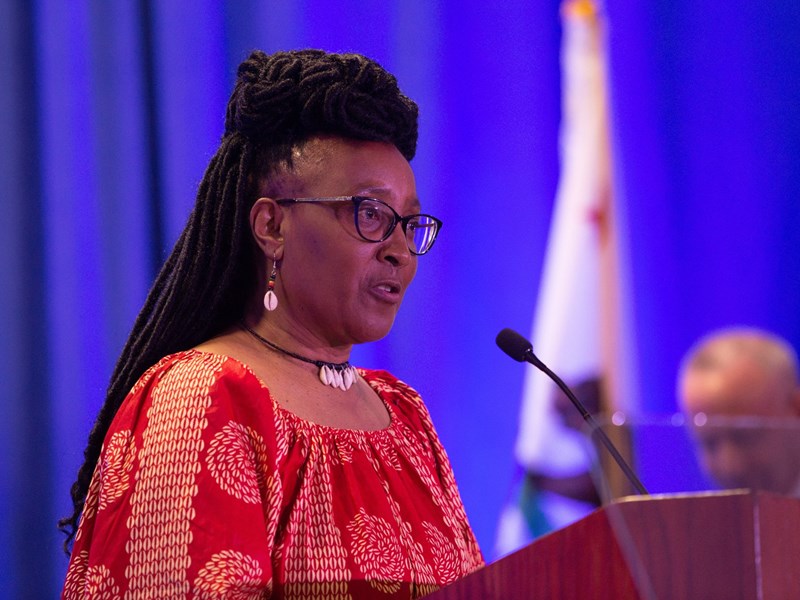 Some community advocates feel the neighborhood’s struggles have been ignored by public officials for too long.

Rose said more basic services in the area could save lives. If Stephon Clark had been shot in any other neighborhood, she said, local children would have had immediate mental health support in schools.

“None of that happened in our neighborhood simply because those infrastructures don't exist for the people that need them the most,” Rose said.

But after Stephon Clark’s shooting, there’s a new spotlight on Meadowview from City Hall.

Mayor Darrell Steinberg gave his State of the City address at the Sam and Bonnie Pannell Center on Meadowview Road in February, promising to spend $200 million dollars of new voter-approved tax revenue on underserved areas like Meadowview.

Residents have mixed feelings about all the attention to Meadowview since the Clark shooting.

Jesse Reese of the Meadowview Neighborhood Association says he likens the new political promises to when residents ask for traffic lights or stop signs, but don’t get them until someone is killed crossing the street.

“Sometimes, things have to happen to wake up to the city ... and its people,” Reese said. “It’s very unfortunate, but sometimes that’s what it takes,”

Community leaders in Meadowview haven’t needed a wake-up call; they’ve been working to give young people more hope and opportunities since before Stephon Clark was killed. And these are some of the leaders Capital Public Radio will be following over the next several months. 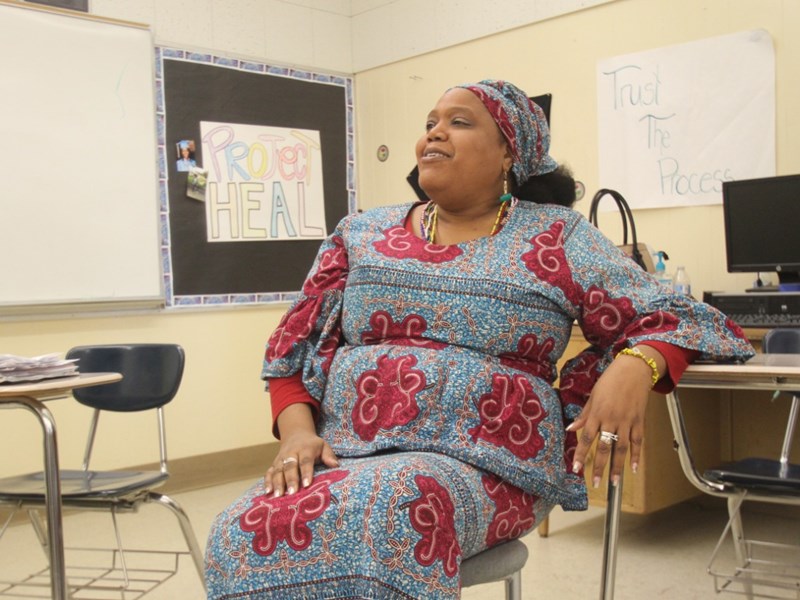 People like RoLanda Wilkins of Earth Mama Healing, who gives workshops to young girls at local schools to help them articulate themselves, organize their finances and think about their future.

“That’s the real work,” said Wilkins, “When you have to govern oneself.”

Catherine ‘Ofa Mann, who emigrated from the Polynesian island of Tonga, has been teaching at-risk Pacific Islander youth ancestral dancing so they can perform it at the California State Fair.

And Greg King started the organization Always Knocking to help support the entire family so that kids are less likely to get mixed up in crime.

In the next The View From Here podcast you’ll hear their stories, and others that may surprise you. CapRadio is finding that Meadowview is not monolithic, but it may be misunderstood.

Music for this episode came from Base Camp and Plaster Combo by Blue Dot Sessions.