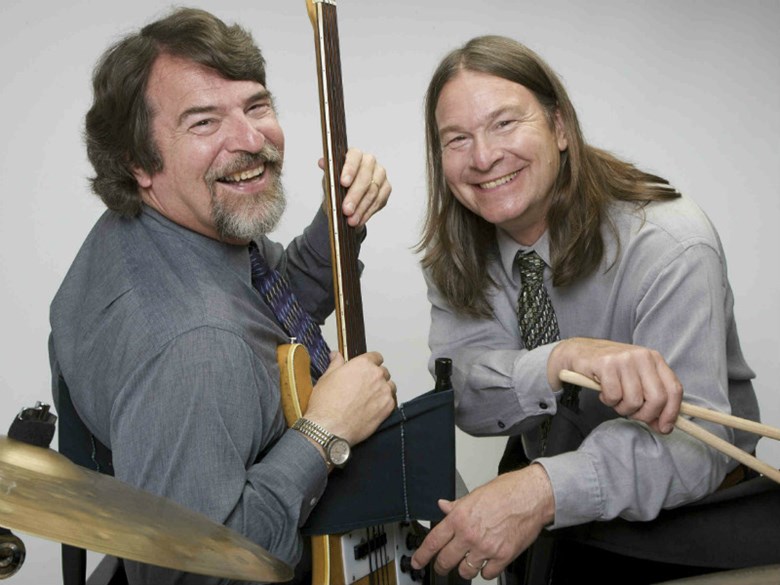 In 1958, a year before the Dave Brubeck Quartet’s groundbreaking album Time Out was released with its now classic tunes "Take Five" and "Blue Rondo a la Turk," the group embarked on a State Department-sponsored tour of Eurasia. That tour had a profound effect on Brubeck, international audiences, and two of his musician sons. To commemorate the 60th anniversary of the tour, The Brubeck Brothers Quartet has released a new CD called Timeline.

One of the tunes on the album is “The Golden Horn," composed by Dave Brubeck and inspired by his visit to Turkey in 1958.  Brubeck's historic Eurasian tour included several stops in communist countries behind the Iron Curtain, where his quartet served as cultural ambassadors playing American jazz, the musical expression of freedom and democracy. Chris Brubeck and his kid brother Dan were just 5 and 3 when their dad got the call.

“We were the younger brothers who got left behind when our older brothers Darius and Michael and my mom and dad said, ‘We’re going on this very important tour for the U.S. State Department.’ And they actually left for three months,” explains bassist, trombonist and composer Chris Brubeck.

Those three months were hardly a vacation. The Brubeck Quartet played 80 concerts in 14 countries, and while they started off in friendly old England, the landscape soon changed.

“They ended up going to Turkey and Afghanistan and Iraq and Iran,” recalls Chris. “Finally the State Department, who sponsored this tour, sent my mom and my older brothers back because they said it was too dangerous.”

Dave Brubeck was sent on a mission by the U.S. State Department, but cultural exchange is a two-way street. As Chris explains, his father’s ears were wide open. What he heard would profoundly affect the directions he would take in music.

“Dave was walking in Istanbul when he heard street musicians playing in a crazy beat that he had never heard before growing up in Northern California. And as he analyzed what was going on he heard that it was in 9/8 time. So once he figured that out, he put a melody to that rhythm and then he borrowed the rondo form from classical music and then he started alternating blues against all that kind of stuff and somehow it became maybe the most popular tune he ever wrote called 'Blue Rondo a la Turk.'

On our [the Brubeck Brothers Quartet] record Timeline we did a version of that because historically that’s the most important thing that came out of that tour and really opened up avenues of a lot of other jazz musicians starting to incorporate world music.

We had Dan start off on hand drums on the dumbeck, which is a Middle Eastern drum. My brother rarely plays hand drums, mainly because they beat the hell out of your hands and it makes it hard to hold the sticks to do the delicate work he does on the drum set. But it was the last thing we did in the recording so like, ‘OK Dan, if you’re through now you can beat up your hands, it won’t matter for a few days!’”

There are some new tunes composed by the Brubeck Brothers band on their latest CD, but the majority of the tracks were written by Dave Brubeck 60 years ago, including "Dziekuje," which is Polish for "Thank you."

“It was a tune that he wrote after he saw Chopin’s house and played it for a very suppressed and heavily watched by the communist police audience in Poland,” says Chris. “It was actually Dan’s idea to say, ‘Hey let’s end this whole record with that thank you.’ It’s a thank you to Dave and thank you to the guys for paying all the dues of that tour. We were happy to put that button on this project.”

The new CD from the Brubeck Brothers honoring their father’s groundbreaking 1958 tour is called Timeline. Chris and Dan, along with guitarist Mike DeMicco and pianist Chuck Lamb, perform this Sunday in Incline Village, presented by Classical Tahoe. While that concert is sold out, tickets are still available for the premiere of Chris’ new double concerto for violin and cello, Pas de Deux, on Saturday, August 11, also presented by Classical Tahoe.

Listen to Timeline on Spotify here. 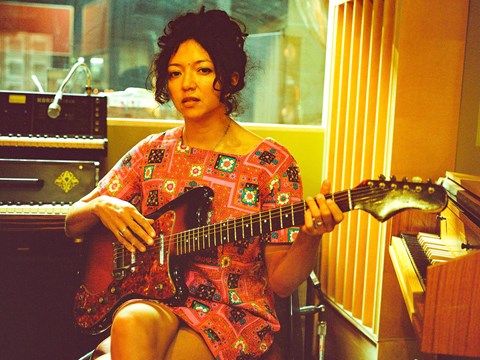