By Nour Coudsi, Next Generation Radio

Housing prices continue rising in Sacramento causing artists to struggle finding affordable housing while pursuing their art careers. Singer and songwriter, Tyler Campbell was one of them.

Campbell now lives on the fifth floor of the Warehouse Artists Lofts building in a one bedroom apartment overlooking Sacramento’s skyline.

“It’s beautiful,” he says, referring to the view at night from his balcony.

“How else can an artist afford to live in the downtown Sacramento area for such a price? If it wasn’t for the WAL, I wouldn’t even dream of living here.”

The Warehouse Artists Lofts occupies a full block in Midtown Sacramento, south side of R Street between 11th & 12th Street.

The building is part of a housing program that is federally subsidized. It is a tax credit section 42 property where residents pay their rent according to their income.

The WAL offers 116 apartments, 86 subsidized, the rest are market rate. The project was opened in January 2015 by developer Ali Youssefi.

James Kinloch, the community director at the WAL, is a songwriter and singer. Before joining the WAL, Kinloch had worked in real estate for over 15 years. “I am a living proof, I had to give up my career [in music] for a while, just to pay the bills.” 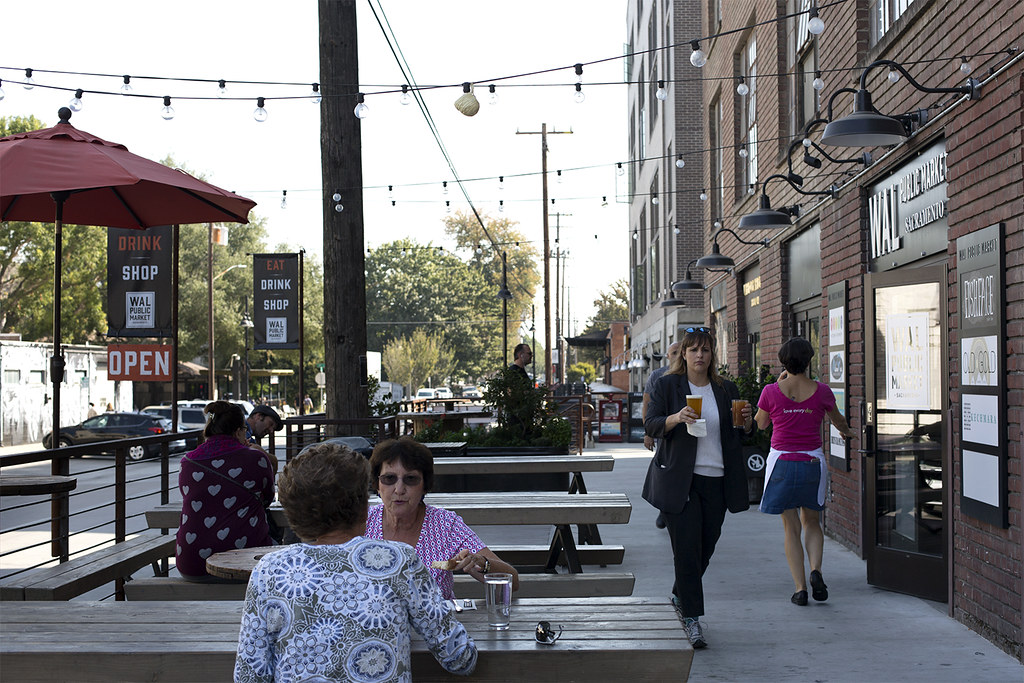 When registration opened on the 24th of October 2014, there were 400 people waiting in line. “Probably 30-35 of them camped out overnight … I fully leased the whole building,” he said.

Among those in line was Tyler Campbell, a musician who had moved back into his parent’s house after getting priced out of his apartment.

Three years later, Campbell sits in his living room. “It’s a community, I have been here since day one, so I know most of the residents who live here.”

He describes the WAL as “an attempt to bring a whole bunch of artists together in a community that they can live in and afford in times of financial hardships, a community of people who when brought together are inspired to create more than they could on their own.”

The community comes together on the WAL’s closed Facebook group. “… if you needed a box of pencils right this second … I can go on the Warehouse Artist Loft’s Facebook page and say I need a box of pencils and within five minutes you will hear that door bell ring,” Campbell says.

Since the WAL opened in 2015, over 2000 artists have applied. The waitlist for subsidized units is currently four years, and two years for market rate.

When it comes to affordable housing in Midtown Sacramento, “the WAL helps, but it is not enough,” says Manager James Kinloch. 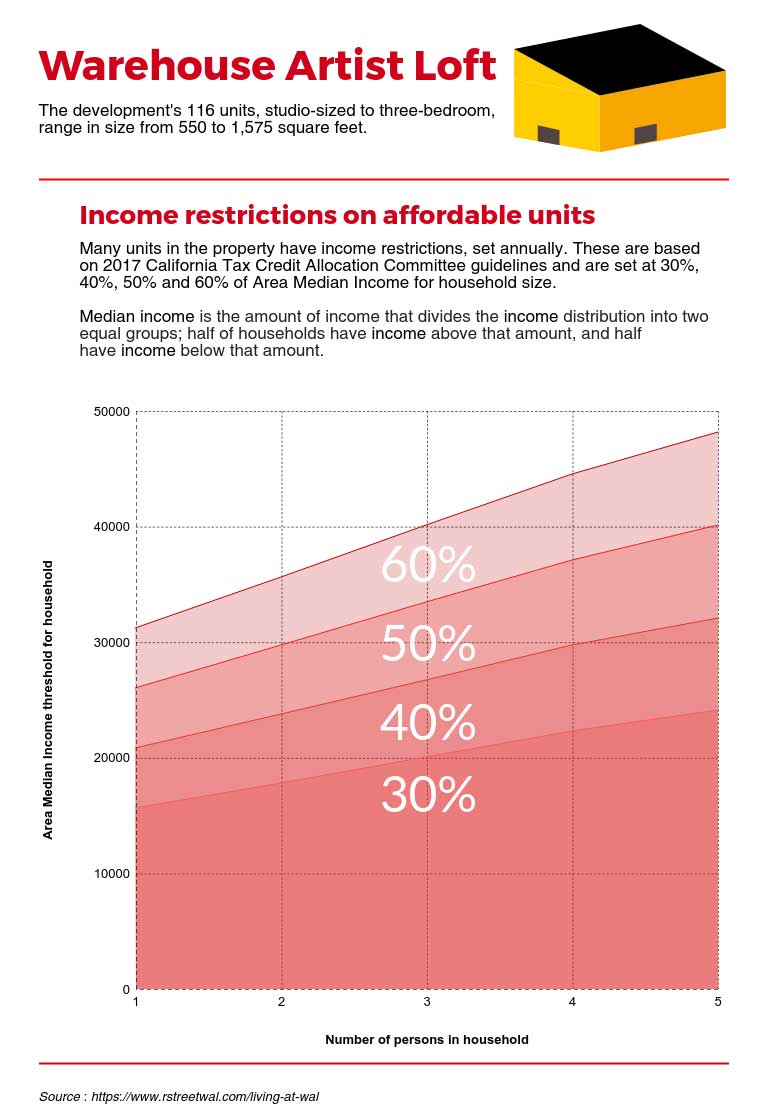