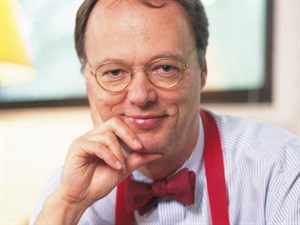 Nobody makes cooking and food more fun and accessible than Chris Kimball of America’s Test Kitchen. America’s Test Kitchen Radio is filled with clear, practical information, without the gourmet fuss. The hour features insights, tips, and techniques that illuminate the truth about real home cooking. Kimball introduces you to an eclectic collection of test cooks and food experts from the Test Kitchen and people who have unique and useful perspectives with rich stories to tell about cooking and food.

A Cookie And Linguine: 2 'America's Test Kitchen' Dishes For Your Holiday Table

The holidays will be unconventional, and Jack Bishop of America's Test Kitchen offers two dishes that follow that theme: a decadent seafood linguine and hazelnut–browned butter sugar cookies.

NPR's Lynn Neary drops in on a cooking session with America's Test Kitchen Kids editor in chief and an 8-year-old chef to try one of more than 100 recipes for foods that kids love to eat — and make.

Cranberry sauce is a Thanksgiving tradition. But if you're ready for a fresh take on this staple, why not try cranberries in chutney or cake? America's Test Kitchen founder Chris Kimball offers ideas.

Wearing his trademark bow tie and round spectacles, Chris Kimball has hosted 15 seasons of America's Test Kitchen, one of public television's most popular programs.

It's like the start of a bad joke: a vegan, a gluten-free and a paleo walk into a bar — except it's your house, and they're gathered around the Thanksgiving table. Don't panic — we've got recipes.

With Help From America's Test Kitchen, Why Buy When You Can DIY?

Morning Edition host Renee Montagne talks to America's Test Kitchen's Chris Kimball about foods that are easier than you'd guess to make at home. Fresh Nutella or kale chips, anyone?
We Get Support From:
Become a Supporter