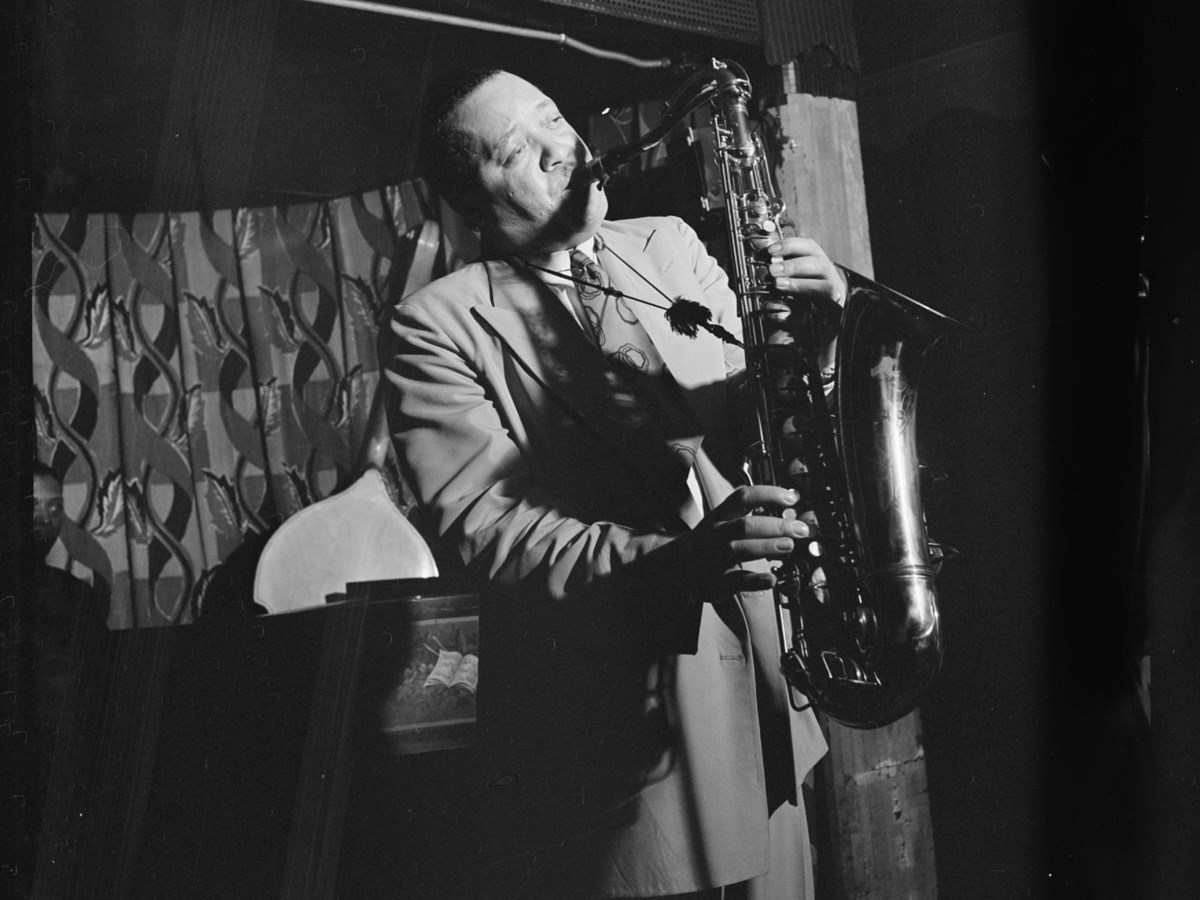 Presidents’ Day is on Feb. 15 this year, and if you’re feeling a little burnt out on politics, I have the perfect solution. Instead of talking about Washington or Lincoln, let’s talk about tenor saxophonist Lester Young, or as he’s better known, “Pres.”

The nickname was given to him by his close friend Billie Holiday, who explained it by saying, “I always felt he was the greatest so his name had to be the greatest. I started calling him the President.”

Even though Young led a tumultuous life and died at a relatively young age, his influence on jazz and bebop specifically was massive and continues to inspire saxophonists all over the world. Here are some of my favorite recordings to prove that he lives up to his presidential nickname.

“Way Down Yonder In New Orleans” from “The ‘Kansas City’ Sessions”

Lester Young was born in Mississippi and grew up in New Orleans. But he didn’t record this popular tune until he was settled in Kansas City and a regular performer with the Count Basie Big Band. When they weren’t preoccupied with the full band, members of the rhythm section would play in a separate ensemble called the Kansas City Five, which became the Kansas City Six when Young joined. Here he is with trumpeter Buck Clayton in 1938.

Here’s another great track from Young’s time with Count Basie and his band. This time around, Basie himself joins in on the piano to make it the Kansas City Seven for a tune called “Dickie’s Dream.” This recording is their second attempt at this track from the 1939 recording session. Young’s tenor saxophone is joined once again by trumpeter Buck Clayton as well as trombonist Dicky Wells, for whom the song was written.

“These Foolish Things” from “Just You, Just Me”

About 10 years after being discharged from the army and recording with Count Basie, Young found himself in the company of a young Charlie Parker. The two saxophone legends had a few great recording sessions together, including this one from a 1948 concert at The Royal Roost Club in NYC. The standard “These Foolish Things” has an exceptionally good back and forth between the two.

No playlist of mine would be complete without pianist Oscar Peterson. Luckily, he recorded a killer album with Young in November 1952. Full of songs from the Great American Songbook, this session is backed up by guitarist Barney Kessel, bassist Ray Brown and drummer J.C. Heard. “Tea for Two” is a little bit up and incredibly swinging.

“Gigantic Blues” from “The Jazz Giants”

Anything with the word gigantic in it is sure to pique your interest, right? Young’s later career is marked by some hard-hitting reunions with pianist Teddy Wilson and his group. In January 1956, Young had two back-to-back sessions with Wilson, and they each became an album. The first one, aptly named “The Jazz Giants,” features Roy Eldridge on trumpet, Vic Dickenson on trombone and Freddie Green on guitar. Young shined on the blues, and this is no exception.

“Taking A Chance On Love” from “Pres & Teddy”

This is the second of Young’s two 1956 albums with pianist Teddy Wilson, recorded just one day after “The Jazz Giants.” The pared-down ensemble features Pres and Teddy backed up by bassist Gene Ramey and drummer “Papa” Jo Jones for a classic quartet. My favorite track is the light and easy version of Vernon Duke’s beautiful tune, “Taking A Chance On Love.”

In one of his last recording sessions in 1958, Young teamed up with trumpeters Roy Eldridge and Harry “Sweets” Edison for a rather sweet album of tributes and medleys. Pianist Hank Jones and guitarist Herb Ellis add even more texture and emotion to the tracks. The classic Gershwin show tune “They Can’t Take That Away From Me” is beautifully performed by Young on the clarinet, a rare occurrence for one of the masters of the tenor saxophone.

For the last track of this playlist, I wanted to include a tribute to Young from one of my favorite bassists, Charles Mingus. His legendary 1959 album “Mingus Ah Um” was recorded just two months after Young passed away at the age of 49. It includes a tune that got its title from the tenor saxophonist’s favorite headgear, a pork pie hat. This musical elegy has since become one of Mingus’ most well-known compositions and features a tenor saxophone solo from John Handy.