First Ever Jazz Fest In Roseville A Big Hit

We at CapRadio were pleased to co-sponsor the inaugural Roseville Jazz Day on Saturday, May 26th along Vernon Street in historic downtown Roseville. The festival featured more than 30 performances at 7 venues, including the mainstage in the Vernon Street Town Square. CapRadio hosted that venue with Gary Vercelli and yours truly serving as emcees from 11 a.m. until 9 p.m. 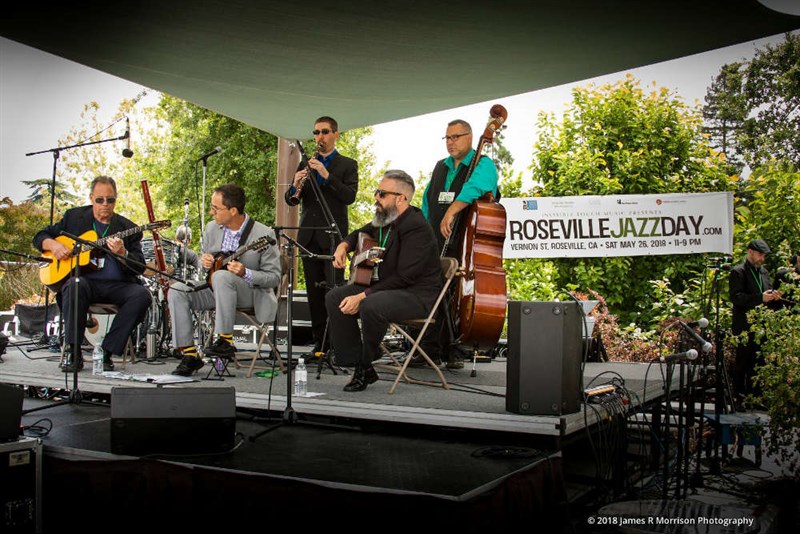 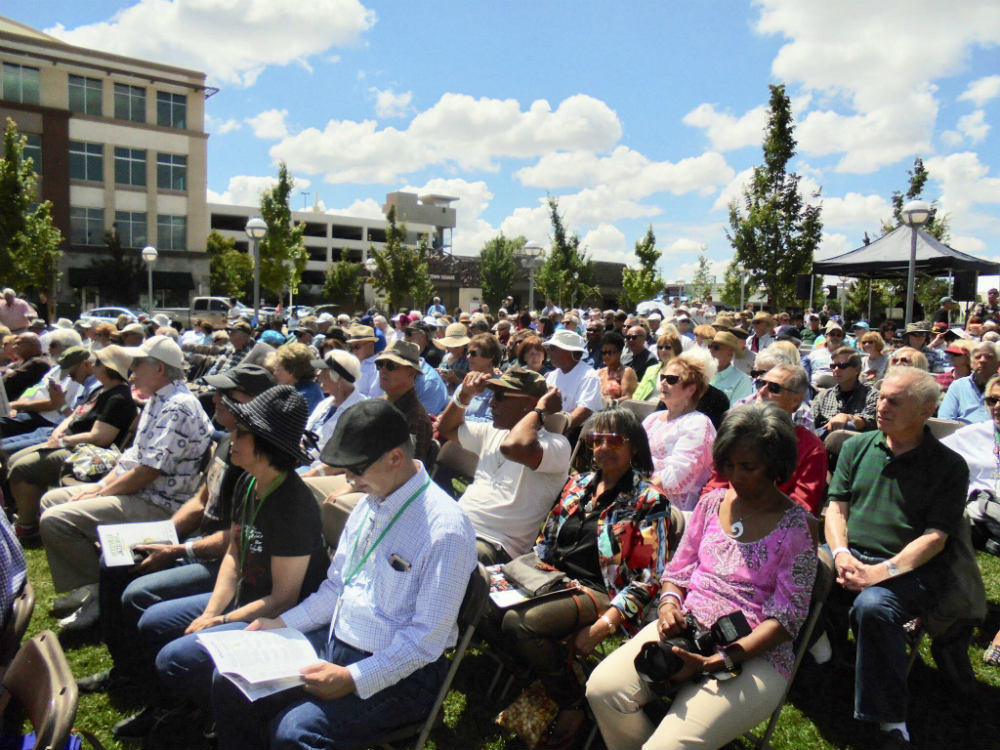 Despite rain the night before, blue skies ushered in the inaugural Roseville Jazz Day.   Jim Martinez

Nearly 100 musicians came together throughout the day, performing styles that ran the gamut:  small group swing, New Orleans style traditional jazz, Latin jazz, straight-ahead jazz, Django Reinhardt inspired gypsy jazz, and 18-piece big bands playing everything from Ellington and Basie to Hubbard and Holman to “Smoke On The Water” and “Into The Mystic!” There was even a jazz harpist. 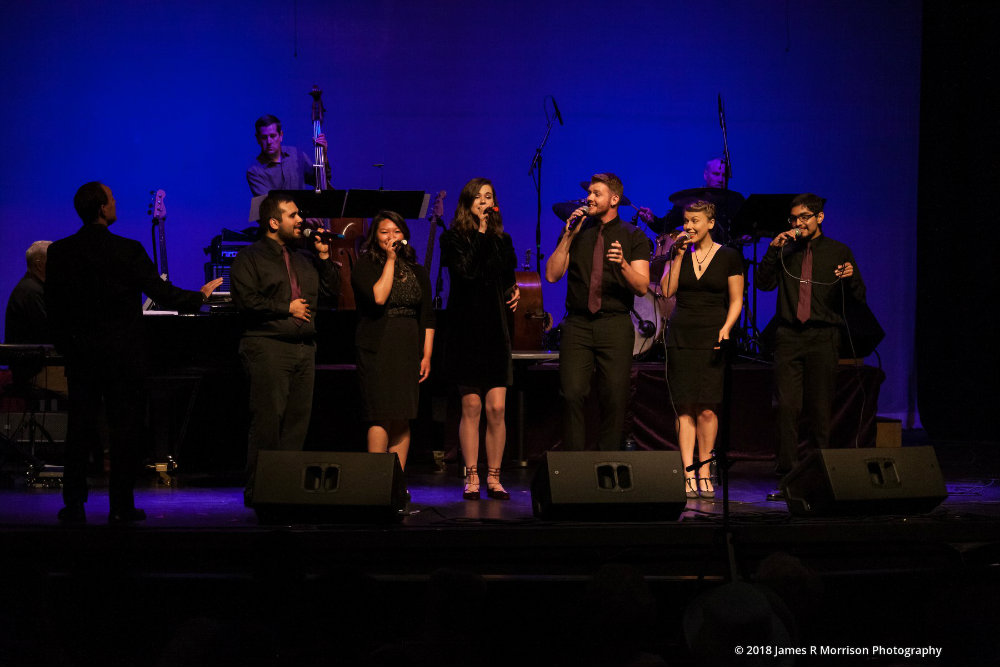 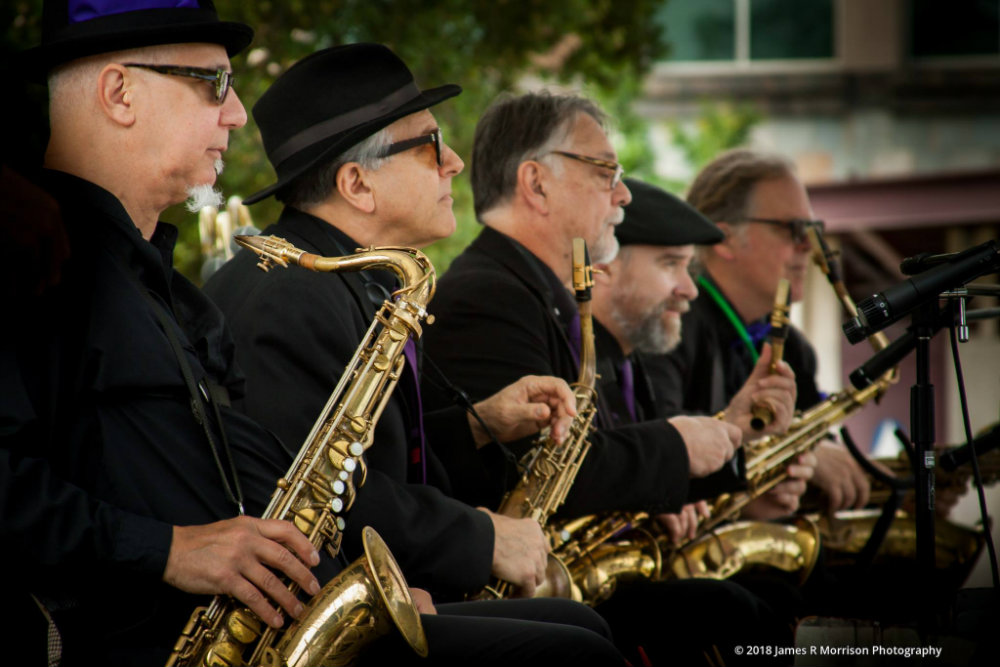 Pianist and organizer Jim Martinez conceived of Roseville Jazz Day late last year after he learned the Sacramento Music Festival was ending its storied, 44-year run. Martinez wanted to keep alive the tradition of jazz concerts over the Memorial Day weekend. What he and his team put together in four short months was remarkable.

As you would expect there was plenty of improvisation going on at the first RJD, and not just during solos.  Consider this:  it wasn’t until after pianist Joe Gilman and saxophonist Cleave Guyton showed up at the Cheese Louise Diner & Grill for their scheduled set that they learned they would be performing as a duo… no band!  And the two were meeting each other for the first time.  Of course they played an amazing set.  That’s what great jazz musicians do! 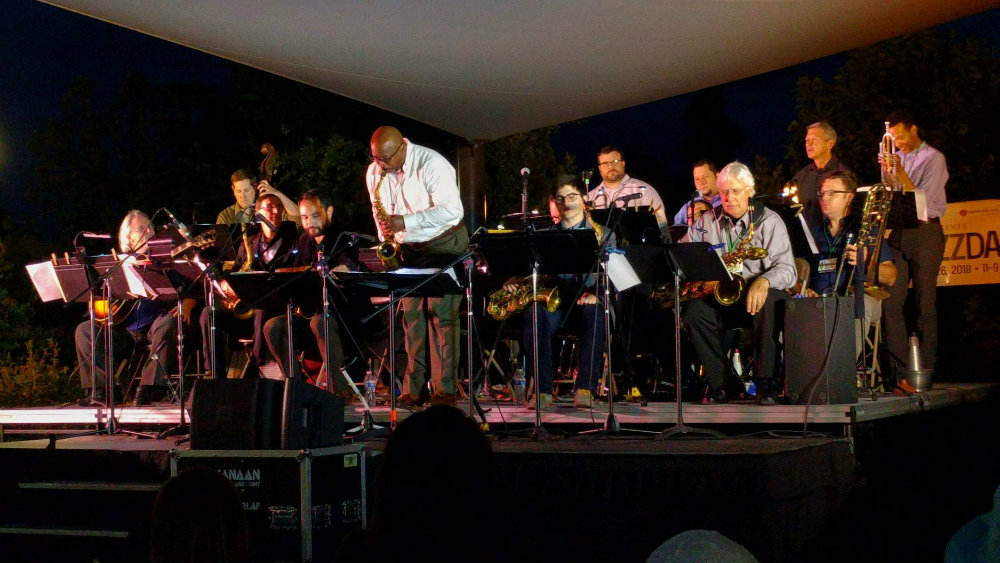 Capping off a full day of great music, the Sacramento Jazz Orchestra electrified the Town Square audience as they closed out the first Roseville Jazz Day.   Victor Forman

Another CapRadio personality who spent a lot of time on stage was jazz host Devan Kortan. But unlike Gary and me,  Devan wasn’t emceeing… he was performing.  The gifted guitarist played in three different configurations, including a set with his own group, the Kortet. 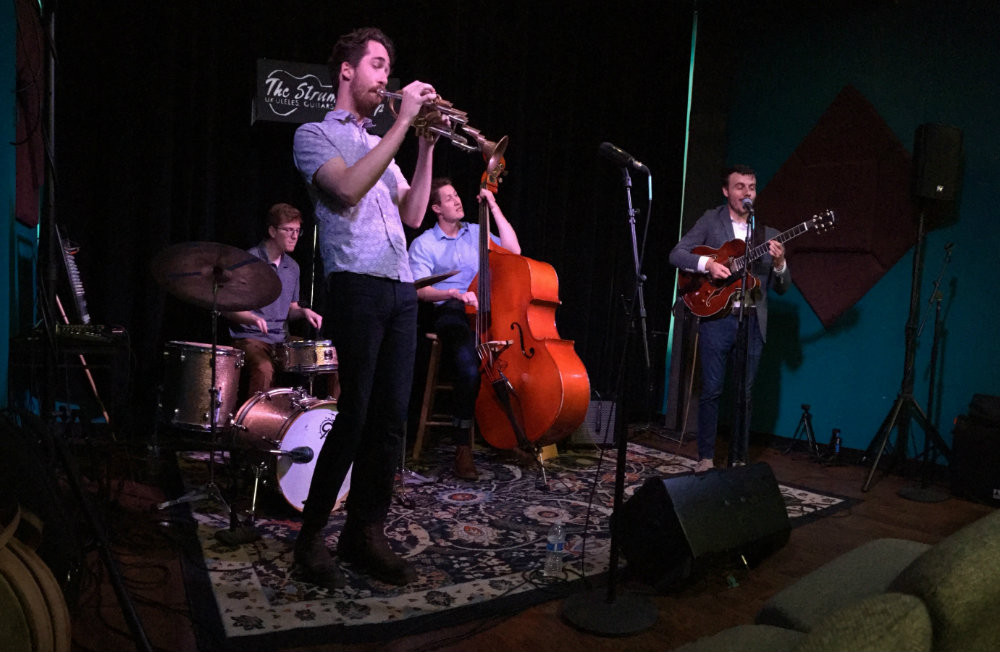 CapRadio jazz host and guitarist Devan Kortan performs with his group, the Kortet, in the Strum Shop as part of Roseville Jazz Day. Courtesy Devan Kortan

This first-ever festival presented some very special out-of-town guests including Stan Kenton band alum Mike Vax and current Basie band members Cleave Guyton and Will Matthews.  The bulk of the RJD roster, however, was made up of outstanding musicians who live and work right here in our own back yard. We were privileged to take part in a brand new festival that honors and elevates their exceptional artistry.  Here’s to next year! 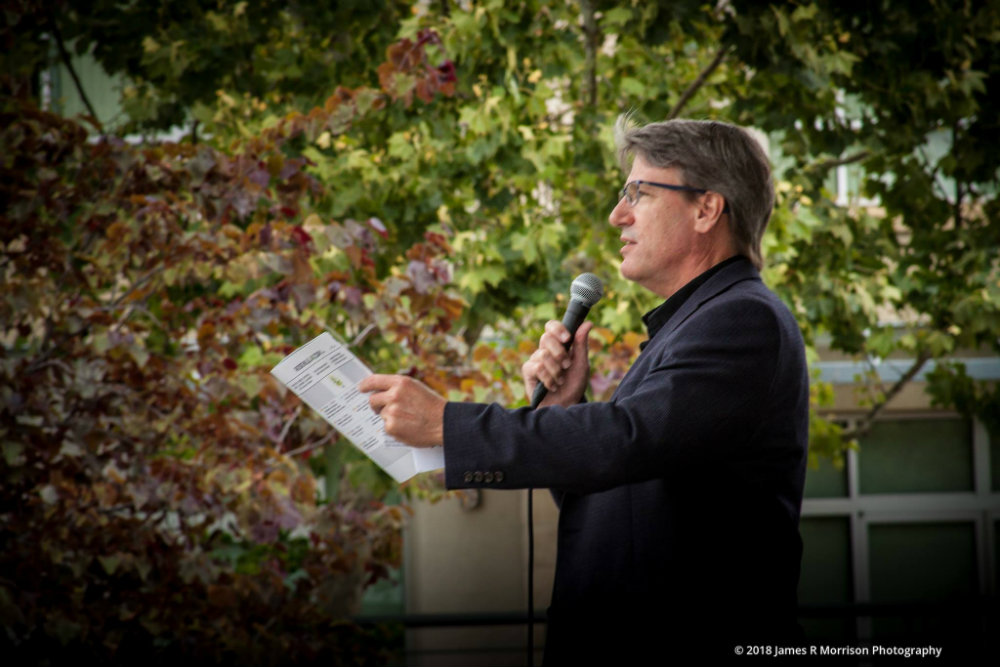 CapRadio’s Paul Conley brings on one of the bands performing on the Town Square mainstage as part of Roseville Jazz Day. James R. Morrison Photography