I moved to the United Kingdom in 1985, when I was 20 years old. I went on my own, without a job or a place to stay, or enough money to come back, needing to get away and clear my head. I arrived in London and got taken in by a woman I knew, got kicked out that same day by her landlord, taken in again by some folks in Finsbury Park, who were amused by my adventure. But my sights were on Edinburgh, Scotland, and within a few days I bought a ticket for the all-night bus, leaving Kings Cross Station near midnight.

I had a cassette Walkman that I’d gotten right before I left, which was a really compact model, and I scrambled to put together some tapes to take with me. Somewhere in New York City in those days before I left, I found Stan Getz’s “Jazz Samba” and Sonny Rollins’ “Tenor Madness” in an LP collection and put each of them on one side of a cassette I bought at Tower Records. I didn’t know either of those artists, was almost entirely unfamiliar with Jazz, and probably didn’t do more than check the levels when making the tape.

I didn’t really have any occasion to tune out and stick the headphones on while in London, but as I settled into the bus for the all-night ride to Edinburgh, I did. I cannot hear the opening of “Desafinado” now and not be immediately transported back. I could probably find the seat on that bus that I was in, with that little walkman tucked into the breast pocket of the long pea coat I had (still have). That record was so perfectly beautiful to me, that I marveled at how incredible it was that I’d just picked it out and taken it with me, unheard. I suppose that ride could have been an anxious one, but instead it was magical for me, and that whole album transports me emotionally, still. 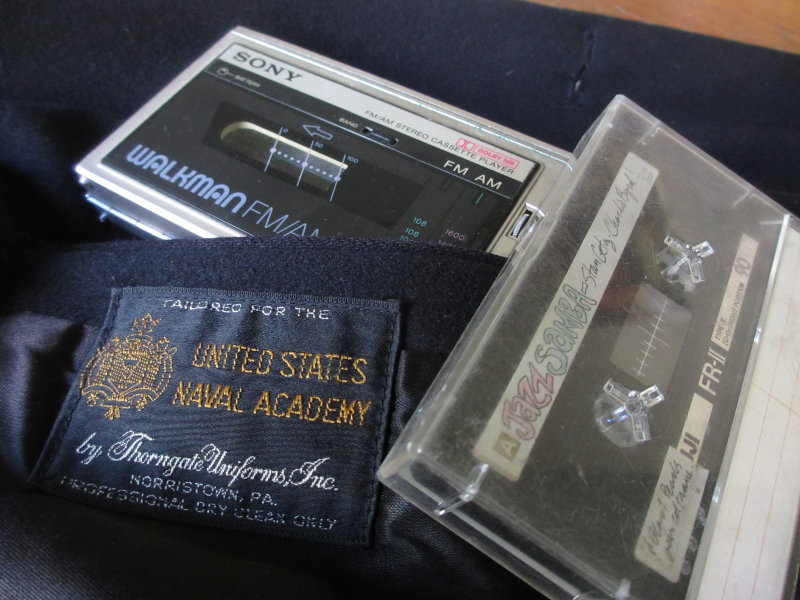