Ever wonder how a rap battle between George Washington and William Wallace would end? What about the feud between inventors Thomas Edison and Nikola Tesla played out in rhyme?

There’s a YouTube channel dedicated to this sort of quandary. Epic Rap Battles of History just finished its fifth season and the men behind the musical-comedy series are taking their show offline and on the road with a stop next week in Sacramento.

The first Epic rap battle was produced in 2011 with a camcorder and a $50 microphone. Peter Shukoff (aka nice Peter) and Lloyd Ahlquist (aka EpicLLOYD) dressed like John Lennon and Bill O’Reilly and flung well-researched rhymes in character.

“At the core of every rap battle video is hopefully a great song,” explained Shukoff in a recent phone interview. “[We’re] taking these songs and turning them into a concert experience.”

Last year Shukoff went on a short test tour and found crowds responded well to ERB live. He toured without Ahlquist, so audience members filled in.

“They know the words sometimes better than we do,” says Shukoff.

The comedy music duo embarks on a full-length tour with a stop in Sacramento on Monday, August 17 at Harlow’s Nightclub. Shukoff and Ahlquist will reprise some of their most beloved roles and with minimal costumes and lightning-fast rhymes. 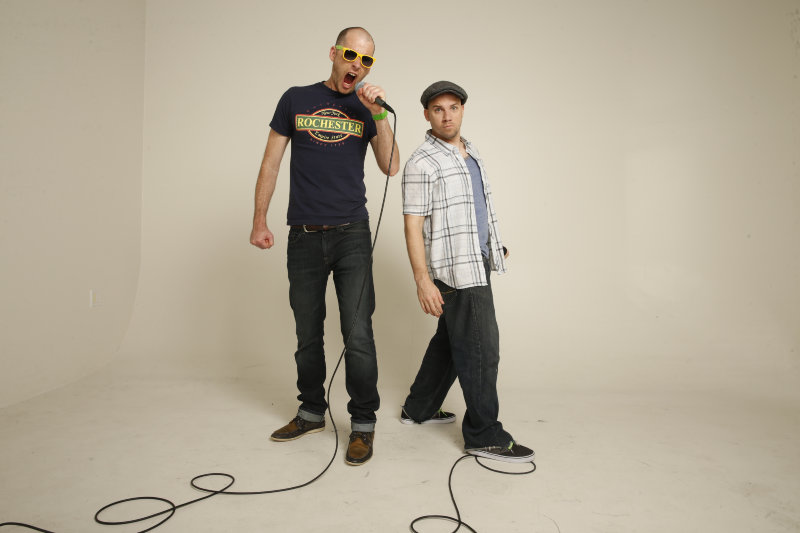 After five seasons, the ERB team is still trying to push the limits and keep people interested in historical hip-hop. This means taking the temperature of their fans and selecting relevant battle contenders.

“Match-ups are usually nerdy, awesome or really specific,” explains Ahlquist. They’ve paired up the Myth Busters and the Ghostbusters, Bob Ross and Pablo Picasso, and Teenage Mutant Ninja Turtles against their historical namesakes.

Once they’ve selected the players research begins. Ahlquist and Shukoff might not be familiar with a character at all, but if the fans want to see Goku battling Superman, the team brushes up on Dragonball Z.

“Every line should either be funny or really good rap or educational in some way,” says Shukoff.

For example, actor Anthony Padilla raps as Renaissance painter Raphael,  “Deemed dope by the Pope and I boned ‘til I croaked,” playing off the machismo common in hip-hop and the fact that Raphael died after a night of excessive sex.

That’s where the research comes in. Shukoff says you have to know something really well in order to parody it.

“We decided to do it and we started doing the outline and we thought, ‘man this is hard, how are we going to make it funny? Make it true?’ And we just kept working.”

He says he’s really proud of the outcome.

The EBR team has come a long way since the days of the $50 microphone. Now they have fancy cameras and a team of writers and producers. With every season, Shukoff and Ahlquist look for ways to push the series further, but the goal stays the same.

“We just wanted to make people laugh,” says Shukoff, “I don’t think any of us expected to be historical rapper for a living - but when we got the chance we knew we had to do this.”