Sunday night three Sacramento-area musicians were brutally attacked by a man with a knife in midtown.

Blake Abbey, of Musical Charis, and Alex Lyman and Wes Richmond of the band Slaves ended up in the hospital with serious injuries.

The man allegedly commented on their skinny jeans, called them a homosexual slur and stabbed them. Yesterday the alleged assailant turned himself in and the police classified the incident as a hate crime.

When the news broke people were shocked and then took action.

I'm sorry if anyone didn't want to see this, but I want to show the world that we are far from a free world. To think that if I would have bought different pants or decided to look differently would have prevented something so hateful and physically but more so mentally and emotionally traumatizing from happening. As hard as it is to believe me and my friends did nothing to cause confrontation, all it takes is one hateful person with too much power and an opinion of his own to put me and my friends in a situation that left our loved ones terrified that they may never see us again in their life. For one man to try and murder 3 people that he would never have to see again in his life because his one opinion of how we have decided to present ourselves. I'm so glad to be here another day and even more glad my friends Weston, Blake and brad our still here to show the world that being a man isn't measured by the amount of pain you can cause to one another but by the willingness to be someone that you love and the acceptance to love others for who they are. I live in a world that I am more scared of now than the last 25 years of my life. But the support myself and the people involved have received gives us a genuine reminder that change may not be complete, but the will and the love for it is there. I love Weston, Blake and brad and jess and anyone who's reached out from the bottom of my heart. If it wasn't for all these people and the support of my mother and wonderful girlfriend I'm not sure I would have wanted to make it off the operating table to live in a world that seemed so dark at the time. Thank you everyone for reminding me of not a life that is, but a life that can be, from the bottom of my heart.

Musician James Cavern was one of the first to put together a benefit show.

“I wanted to act quickly to help with immediate costs and set a tone in the community," explains Cavern, who's organizing an event at Pourhouse on Saturday night.

Cavern will also perform at the fundraiser. The event is called I Wear Skinny Jeans and attendees are encouraged to wear their tightest pants. Cavern will be joined by fellow musicians Carly DuHain, Joe Kye, Century Got BARS, Kylie Anderson, Erica Ambrin Burnett, and Danny Secretion.

All donations will go to help the victims of the stabbing.

“I want this to be a celebration that there are people in this town who will come together at a drop of a hat to help somebody in the community,” says Cavern.

Carly DuHain was one of the first musicians to join Cavern's lineup.

“I’ve been friends with Blake and his wife for a really long time," she says.

DuHain says it's really hard for independent musicians to miss out on work, they don't have the financial buffer of other professions.

“Anytime you’re physically unable to do your job you’re up a creek without a paddle,” says DuHain.

Cavern says after he got over the shock he was angry. "Playing music is basically who I am," he explains. "The thought of anyone who could take that away from me is mind boggling.”

Cavern's event on Saturday is one in a long list of benefit shows. Here are some of the others:

"The community has responded with love and compassion. I’m very proud of the city and our small musical community."

"I am overwhelmed by the outpouring of love, compassion and support Blake Abbey and I have received today...our phones were lit up the whole day with love and encouragement from friends and family." 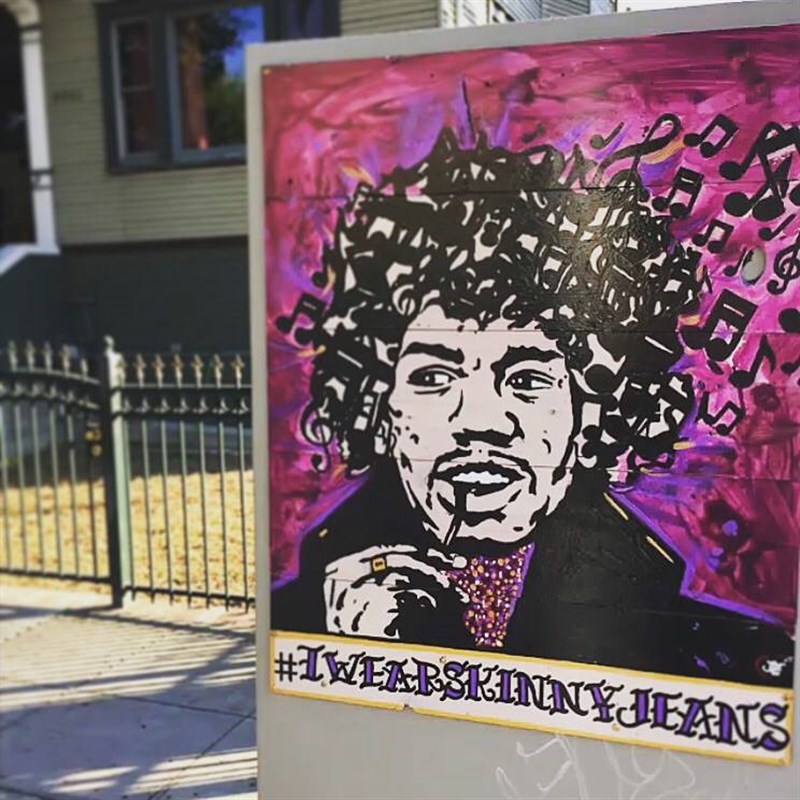