More than 37,000 fans attended Aftershock Festival in Discovery Park last year, and this year organizers plan to grow the event with a new venue and new attractions.

Deftones got their start in Sacramento in 1988 and their lead singer, Chino Moreno, said they're excited about playing this festival.

"We’re looking forward to being one of the headliners at Aftershock this year and performing in our hometown," Moreno said in a press release. "It's always special to return to the city that made us."

In addition to the musical acts the festival will feature live in-ring wrestling matches by WWE's NXT Superstars, and on-site camping.

The festival organizers moved the festival from Discovery Park in downtown Sacramento to Gibson Ranch outside Antelope in order to expand.

"I loved Discovery Park as a venue. But after two straight years of selling out, there was no room left to grow the festival," said festival producer Danny Wimmer in a press release. "Like Discovery Park, Gibson Ranch is a beautiful space that will keep the natural feel of the festival grounds but also gives us room to add new experiences."

Early-bird tickets are on sale now. 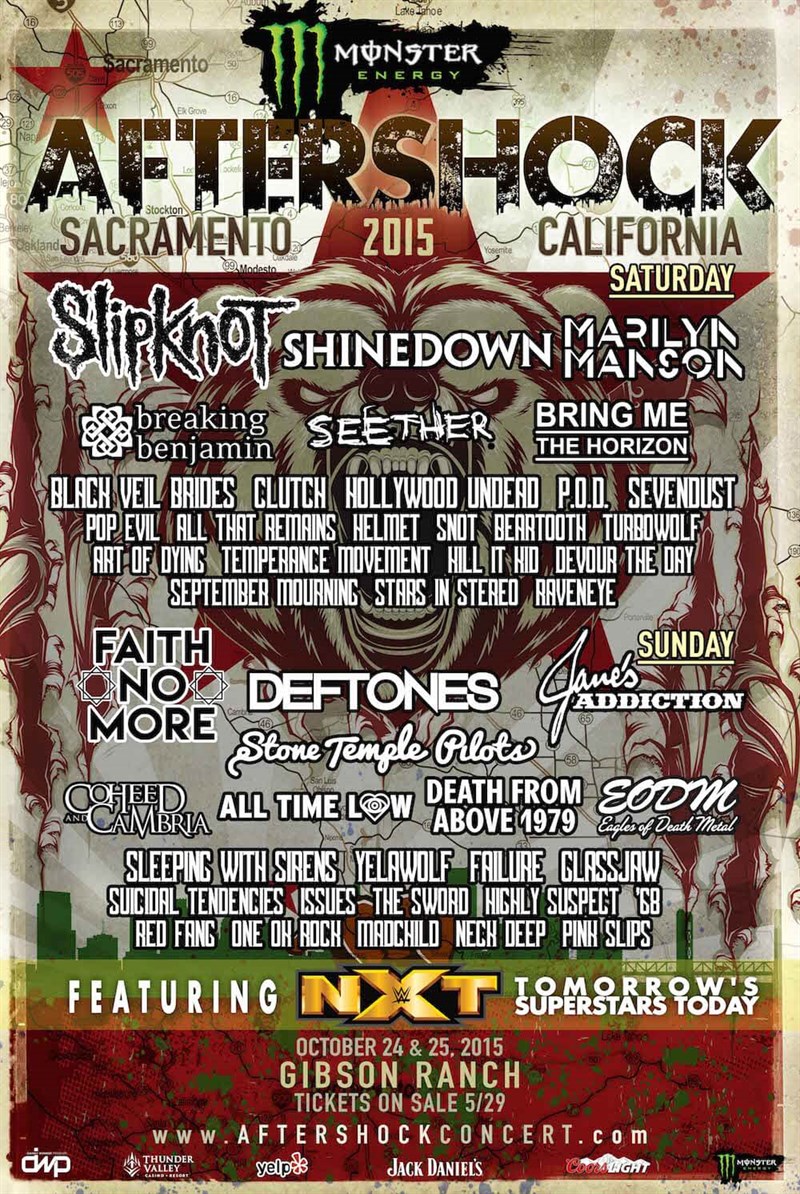