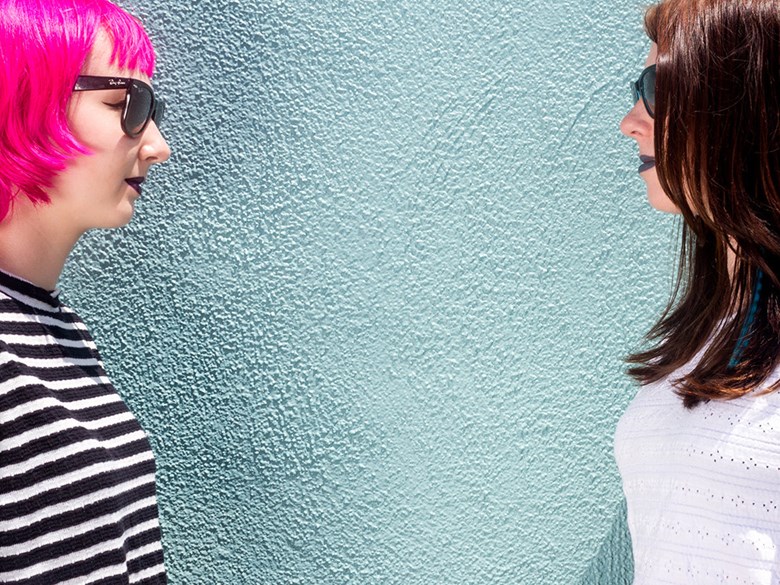 The punk rock sister band Dog Party will be joining the Burger Records family with their new album Vol. 4, set for release on cassette June 16th.

Dal Basi, owner of Sacramento record store Phonoselect, says this kind of partnership is huge for the young band.

“For Dog Party it’s a good stepping stone,” says Basi. “They’ve toured immensely. For kids who are in high school to give up their summers for their craft, that’s admirable. It’s another notch in their belt.”

This is a great move for the band because Burger Records doesn't just run a label, it also produces a TV show, a radio show and a festival. Basi says the label's main focus is on having fun.

Burger releases all their albums on cassette. One of the main reasons, says Basi, is because tapes are more economical.

“You can get a whole Burger record on cassette for six bucks. You buy the same thing on LP and it’s gonna cost you $16 to $20.”

Lucy and Gwenn Giles have been playing as Dog Party since they were six and nine, respectively. This past year Gwenn has been attending college in San Luis Obispo, while Lucy’s been tackling her junior year of high school. Practice time has been scarce.

Still, the girls have gotten together for a few shows despite the distance, and they even did a mini West Coast tour.

“We’re sisters; we have this connection in our little brains,” says Lucy. “We work really well together.”

The new album features a distinctive, fuzzy sound in the mix, courtesy of a new pedal the girls named “Jimmy.”

“It makes this gorgeous ugly fuzz, that I just love,” says Lucy. “Jimmy is our third band member.”

You can get a taste of the new album with this single released earlier this week.

In other big news for the sisters, Lucy says they’re going to be featured in the upcoming movie, SLC Punk 2 for about a minute.

Along with the upcoming cassette release on Burger, you can pre-order the album on LP or CD from Asian Man Records now.