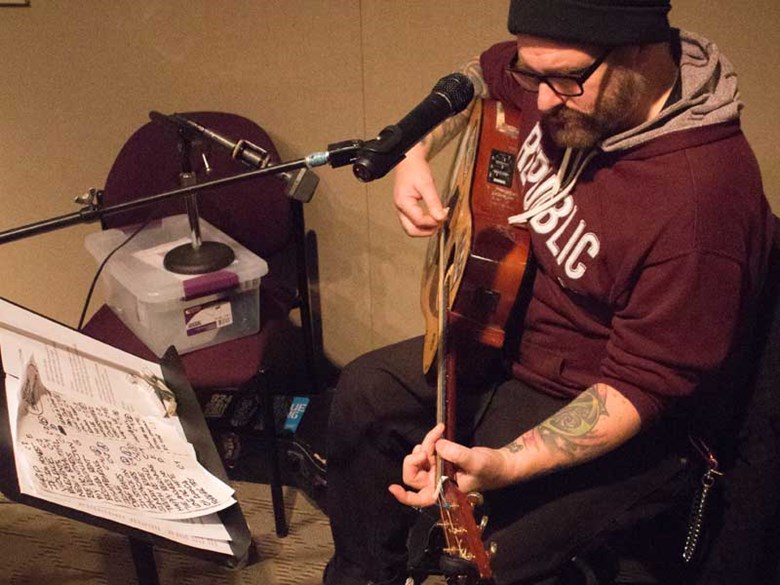 The title to Kevin Seconds’ new album, New Year's Rulin's - Song Interpretations Inspired By Woody Guthrie's 33 New Years Resolutions For 1943, is as straight-forward as the folk icon from which it draws. It isn’t a stretch to find similarities between the work of Woody Guthrie and Kevin Seconds. Guthrie’s work: Populist folk songs. Seconds’ work: Populist hardcore punk.

Much of Guthrie’s work was born from The Great Depression and displaced farmers inspiring. In the 80s, Seconds dealt with war and youth railing against authority and continues this decade in an economy so often compared to the 1930s. Both Guthrie and Seconds are voices that rally dispossessed masses for widespread change.

Seconds’ visited CapRadio Music to play tracks and talk about his Guthrie-inspired album and his own resolutions for 2015.

Songs from this session