Wild Ones from Portland tailor their quiet recordings for a live performance and are bringing this live show to Witch Room on Tuesday with Radiation City and Autumn Sky.

Certain tunes makes you want to curl up with a sketch pad and draw cats, or put on your fanciest dress and parade around the house for no reason at all… We can all agree, some music is meant for enjoying privately or in small groups around a fondue pot.

The music of Portland’s dream-pop darling, Wild Ones, can easily fit into the above settings. It’s smooth, electronic, delicate, and delightful. Ahead of their Nov 18 show at Witch Room in Sacramento the question is; what’s this band like live?

“It’s very electronic music, but when we play live we treat it as a live show,” explains Wild Ones keyboardist, Thomas Himes. “Certain things sound great on the record, but for a live show we are a real band. A live set is more groovy, less atmospheric and quiet and more about having a good time. Touring is such a big part of being a band now; you can’t afford to have a boring live set.” 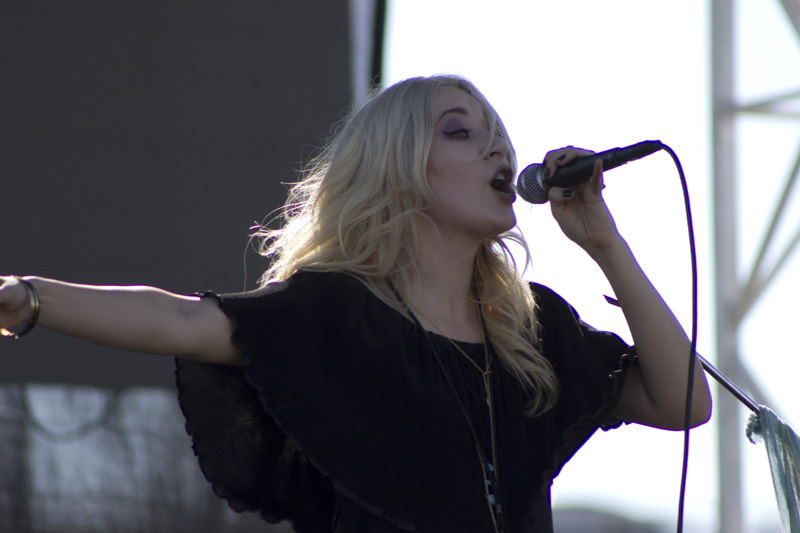 Over the past few years Sacramento’s Autumn Sky went from Zooey Deschanel-style singer-songwriter to epic indie-rock star, fronting her own band and performing at festivals like Bottle Rock and TBD.

Sky said she’s now writing songs exclusively for live shows, something she couldn’t do when she played by herself.

“There’s a huge difference between a song that goes over really well over the radio, and then something that goes over well in a live forum,” she said. “The show that we’ve been doing lately has almost gone to such an extreme extent we almost play characters on stage. The music we’ve ended up writing really lends itself to thematic and dramatics.”

She said they’re keeping some gems from her early writing and tweaking it for live shows, but for the most part the band is focusing on writing music fit for large stages and big crowds.

Wild Ones will visit Sacramento as part of a North-West tour with fellow Portlanders, Radiation City.

“We both started our bands at the exact same time,” Himes said about Radiation City. “It’s always been a little dream to tour together, but it’s never been feasible.”

Himes said the bands grew up in the scene together. “They’re an incredible live band too - we’re going to have to play our hearts out this tour because we’re going to be playing next to them.”

This show promises to be a night of music tailored for the stage, even if the recordings encourage a quiet, reflective attitude.

We put together a paylist to preview this show. Have a listen, but keep in mind the recording might not reflect the live show entirely.