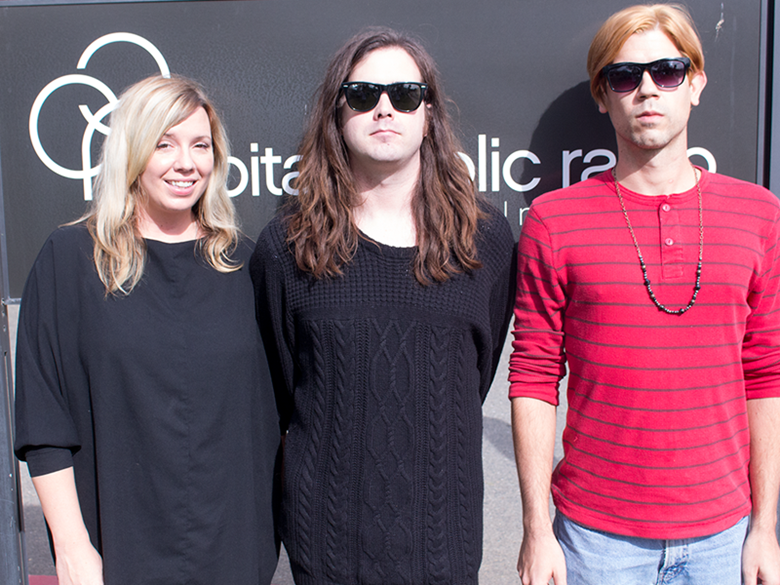 Just off their second Sacramento performance in a year, the Austin, Texas band Love Inks has been hitting the road hard for weeks. The serious effort the band puts into touring doesn’t mar the cool, confident demeanor of their music. Vocalist Sherry Le Blanc’s pitch perfect, silken vocals are complimented by Kevin Dehan’s guitar riffs and the whole sound is held together with bass lines by Zach Biggs.

As LeBlanc puts it, “[w]e were never meant to be a rock band, we want to be a very quiet, moody, sort of outfit.”

It’s a sound they’ve been striving for over three records, the latest of which is called Exi. Love Inks recorded three tracks in our studio from that album plus “Black Eye,” the standout single from their debut E.S.P. in 2011.


Love Inks' popularity is growing steadily as it garners more recognition. The band just made the long-running public radio program Echoes’ Top 25 list for the month of October and embarks on a European tour November 22.