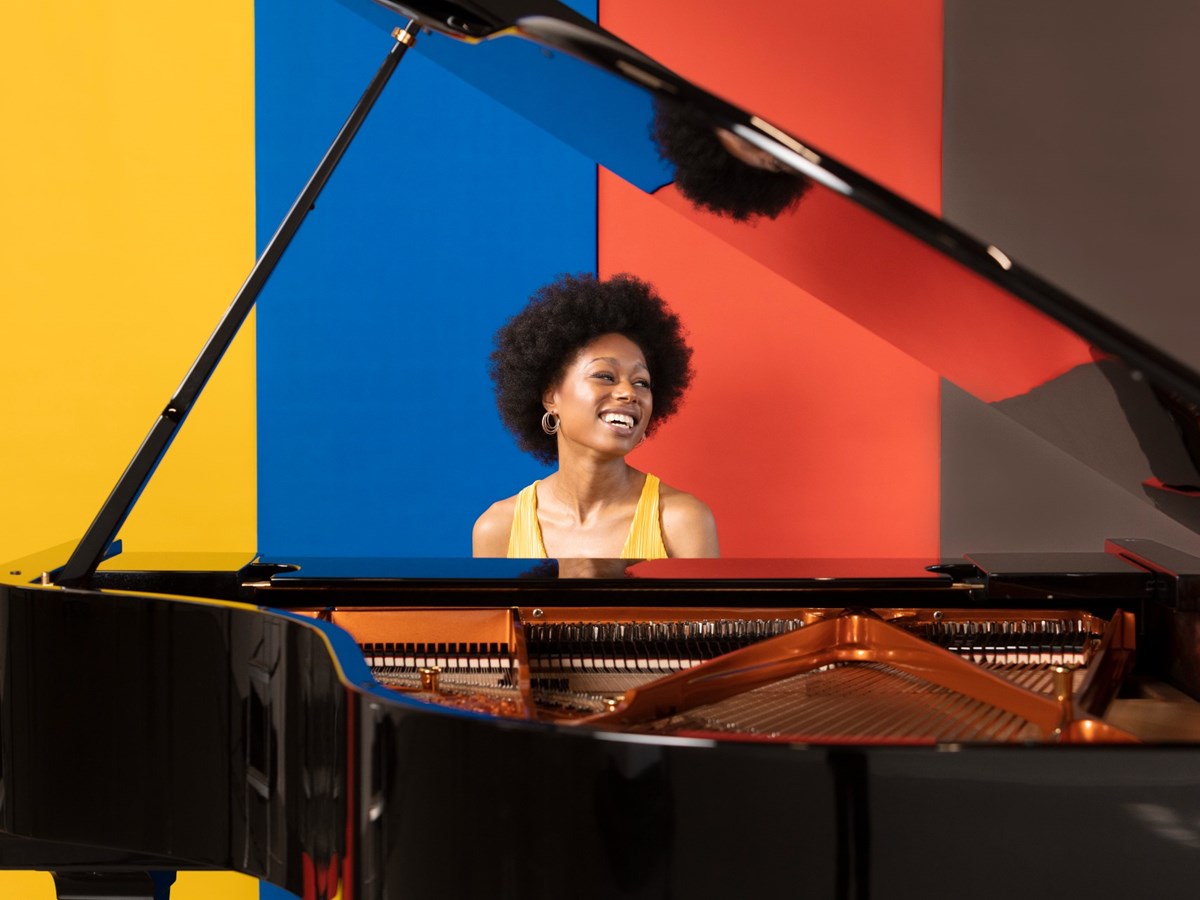 Isata Kanneh-Mason's "Romance” shot to number one on the UK classical charts in 2019.

Isata Kanneh-Mason is the oldest of seven siblings, all of whom play either the violin, cello, or piano. She says that being part of such a large family of musicians has taught her to better “trust her instincts” and be herself.

Isata’s instincts have served her well since the release of her debut album “Romance: The Piano Music of Clara Schumann." “Romance” shot to number one on the UK classical charts in 2019 and since then Kanneh-Mason has been the recipient of several awards and will continue to serve as Artist in Residence for the Royal Liverpool Philharmonic in the 2021-22 season.

Today we shine the spotlight on this rising star, who released her second album earlier this year named for the popular George Gershwin tune “Summertime” from the opera “Porgy and Bess.” For this recording, Kanneh-Mason drew inspiration from the piano music of the new world.

It started with the [Samuel] Barber [Piano] Sonata, which I would say is the central work on this album. I just went through a phase when I was listening to lots of Barber and kind of fell into an obsession with [his music]. And then fell in love with the sonata and wanted to play it and then record it and after that started thinking about pieces that could potentially fit around the Barber. And I thought, well, he’s American, it would be lovely to show other aspects of American music because it’s such a broad topic.

Why did you choose the Barber Sonata?

It’s such a dramatic piece! He doesn’t hold back at all. There’s so much detail and excitement. That’s the kind of music I wanted to play. It’s kind of about the chaos of life. It’s very chaotic and you kind of just have to lose yourself in that and I can relate that to life very much.

How did you choose repertoire for the rest of the album?

There were composers that already stood out to me. I wanted to include the [Samuel] Coleridge Taylor Spirituals because I’ve been a fan of his for a few years. Gershwin was an obvious one to me, and I was already a fan of the “Preludes” and wanted to learn them. It was kind of just an amalgamation of pieces I liked or knew and people recommended pieces to me as well.

What’s your favorite piece on the album?

I mean it is the Barber Sonata but aside from that because that’s too obvious. I would say that it would have to be I’ve got rhythm just because it’s so much fun and I just love playing it.

Being from a big family, how do you find your own voice?

We’ve all always been very different as people. I think being from a big family emphasizes the need for individuality. We all love being similar and we all love a support system but we all feel like, I’m still me. I think being in a big family emphasizes that for me and therefore I put more effort into searching for it. The way I search for it is to listen to things and get advice and that way you learn what you like and what you don’t like. The more you learn about yourself the more you trust yourself and your instincts and therefore feel free in expressing yourself.

Do you have any advice for up-and-coming female composers and performers?

The most important thing is to always be brave because you are always going to come up against obstacles. I think you have to be brave because you have to be true to yourself — that’s the most important thing. And I think that the more minority you are whether that’s as a woman or as an ethnic minority, the more people try and put you into categories. Therefore, you have to have an inner strength of bravery and know, “this is what I’m gonna do.”