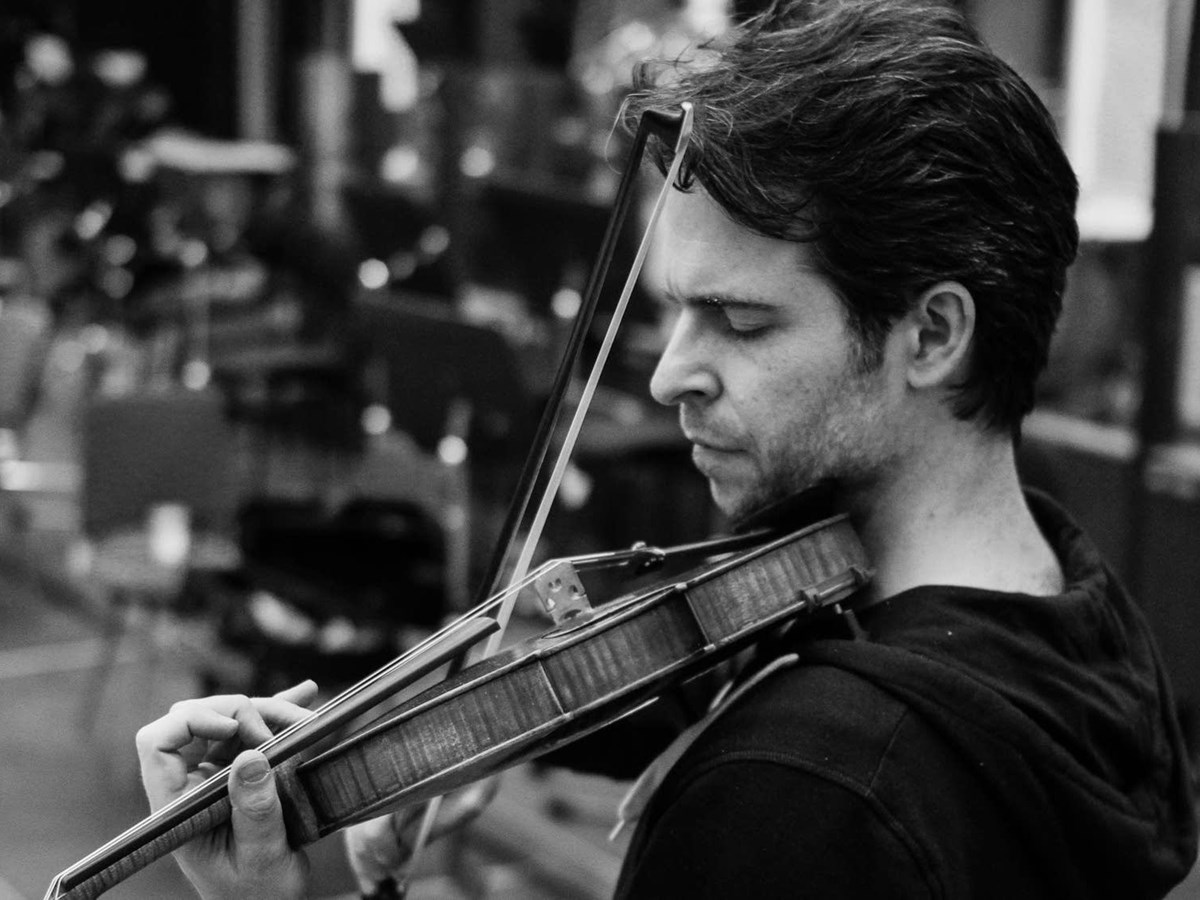 One thing we can all agree on is that the pandemic has impacted how we perceive the passage of time. The days seem to go slow, while the year goes by quickly. Maybe you feel as if you’ve been stuck in a Ground Hog Day scenario. Violinist Gregory Harrington decided to explore the concept of time through two works by Philip Glass on his new recording, Glass Hour.

Harrington, with conductor Mark Shapiro, traveled to the Czech Republic to make the recording with the Janáček Philharmonic.

Can you talk about the conception of this project?

Harrington: “I had heard The American Four Seasons a number of years ago, and there are two beautiful recordings. That work really spoke to me and I said, ‘I can actually bring something completely unique to this. Something that hasn't been recorded or that hasn't been said. It doesn't really matter if people like it or not. This recording is purely me.’ That was the first thing. The second part was that this was a 40- to 45-minute concerto. How do we round out the disc?

“I've loved making transcriptions. I've been making them for the last 10 years, whether it's solo Bach, Johnny Cash or Nine Inch Nails. Having heard The Hours, you always feel a tremendous emotional connection with the work. I decided that the best thing was to create a new work based on The Hours, a concert suite for violin and orchestra, very much in the vein with violinists Nathan Milstein and Jascha Heifetz’s transcriptions from decades ago.

I was fortunate enough to have worked with Eric Friedman. I studied with him for a number of years, and he was a pupil of Heifetz and Milstein.”

Can you talk about how Glass’ exploration of time offers you freedom as the performer of his piece The American Four Seasons?

Harrington: “When Glass recorded and premiered this with violinist Robert McDuffie, they had different ideas of what movements represented which seasons. Glass left this up for the audience to decide for themselves what movement correlates to which season.

“I know Mark and I have spoken about this a little bit — I had very strong feelings about the second movement being ‘my’ winter. I just thought that feeling of starkness represented winter.

“The fourth movement is definitely summer, and it has a hustle-and-bustle-virtuoso-nonstop flow to it. It is different for everyone, but I think it's lovely that it's put up to the audience to make their own opinions and conclusions.”

How is it that the Janáček Philharmonic is so well suited to perform the music of Philip Glass?

Shapiro: “They had so many intuitions about how they wanted to play and sound. There was one moment where we were trying to elicit a certain mood of tenderness. I looked at the cellist, who was a bit grumpy-looking, and I asked the interpreter what the Czech word was for lullaby. The cellist recognized the word and he just melted. The next time he played it it had such humanity.”